INDIANAPOLIS — Domantas Sabonis finished with 30 points, 10 rebounds and six assists to help the Indiana Pacers snap a four-game losing streak with a 116-110 victory over the Washington Wizards on Monday night (Tuesday, Manila time).

Caris LeVert had 19 points and Malcolm Brogdon added 17 points and eight assists for the Pacers, who had lost five straight in the series, including last season's play-in round game.

Three-time All-Star guard Bradley Beal scored 34 points to lead the Wizards, who have lost three straight and four of five. Beal appeared to hurt his left shoulder early in the fourth quarter during a tussle for a loose ball but returned following a timeout and finished the game.

Washington was doomed by its sloppy play early in the second game of a back-to-back. And after Oshae Brissett's 3-pointer to end the first quarter gave Indiana a 28-18 lead, the Wizards couldn't get closer than eight points until the final minute.

Washington cut the deficit to nine early in the second quarter only to watch Indiana retake a double-digit lead. The Pacers maintained that advantage through the rest of the first half and the entire third quarter.

Beal's put-back to open the fourth got Washington within 88-80, but Sabonis answered with a three-point play and Indiana methodically put this one away.

Pacers coach Rick Carlisle won his 191st game with the franchise, breaking a tie with Larry Brown for the second-most wins in the franchise's NBA history. 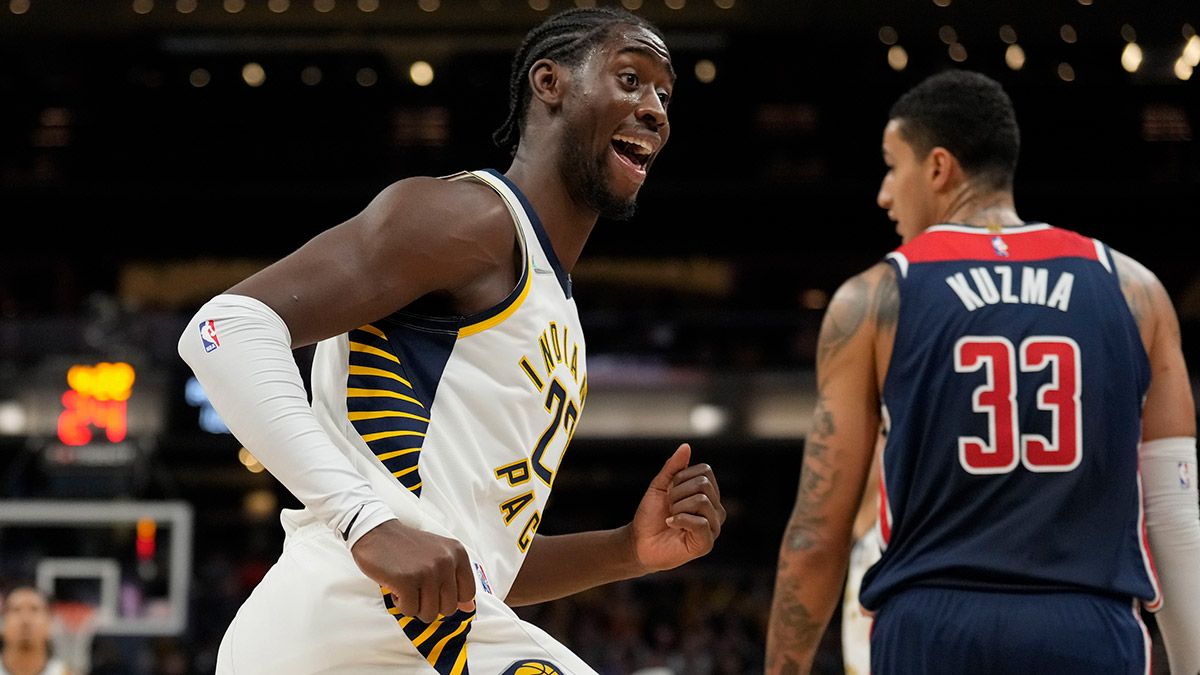 Wizards: Daniel Gafford had 14 points and eight rebounds, while Kyle Kuzma finished with 14 points and four rebounds. ... Corey Kispert scored 10 points in his first game in Indianapolis since Gonzaga's perfect season ended with the national championship game loss to Baylor in April. ... Washington had 10 turnovers in the first half and wound up with 12. The Wizards were outrebounded 40-30.

Pacers: Sabonis also had three steals and recorded his 19th double-double of the season. ... Brissett made all three of his 3s and finished with 12 points. Jeremy Lamb had 10 points. ... The Pacers had all 10 of their steals in the first half, finishing one short of their single-game high this season.

The Holiday brothers reunion didn't pan out Monday night because the older brother, Justin, did not play because he's still in the health and safety protocols. Aaron Holiday made his seventh start of the season and scored 11 points in his first trip to Indianapolis since the Pacers traded him this summer. Justin Holiday went into the protocols Nov. 30.