Barton delivers before leaving with injury as Nuggets roll past Blazers

DENVER — Will Barton had 21 points before leaving in the third quarter with a strained neck, Nikola Jokic added 20 and the Denver Nuggets beat the depleted Portland Trail Blazers 140-108 on Thursday night (Friday, Manila time).

The Nuggets built their lead to 26 points in the third quarter — and this time didn't let it slip away.

Two nights ago, Denver blew a 25-point lead in Los Angeles against the Clippers. The loss of big leads has become an alarming trend with the Nuggets.

But not this time. Although, it did take the Nuggets nearly three minutes into the third quarter before scoring their first basket — a dunk by Jeff Green, who finished with 19 points. That got them rolling again.

Facundo Campazzo had 18 points and 12 assists for the Nuggets. Jokic, who didn't play in the fourth quarter, also had eight rebounds and seven assists. It was a rare game in which he didn't record a double-double. 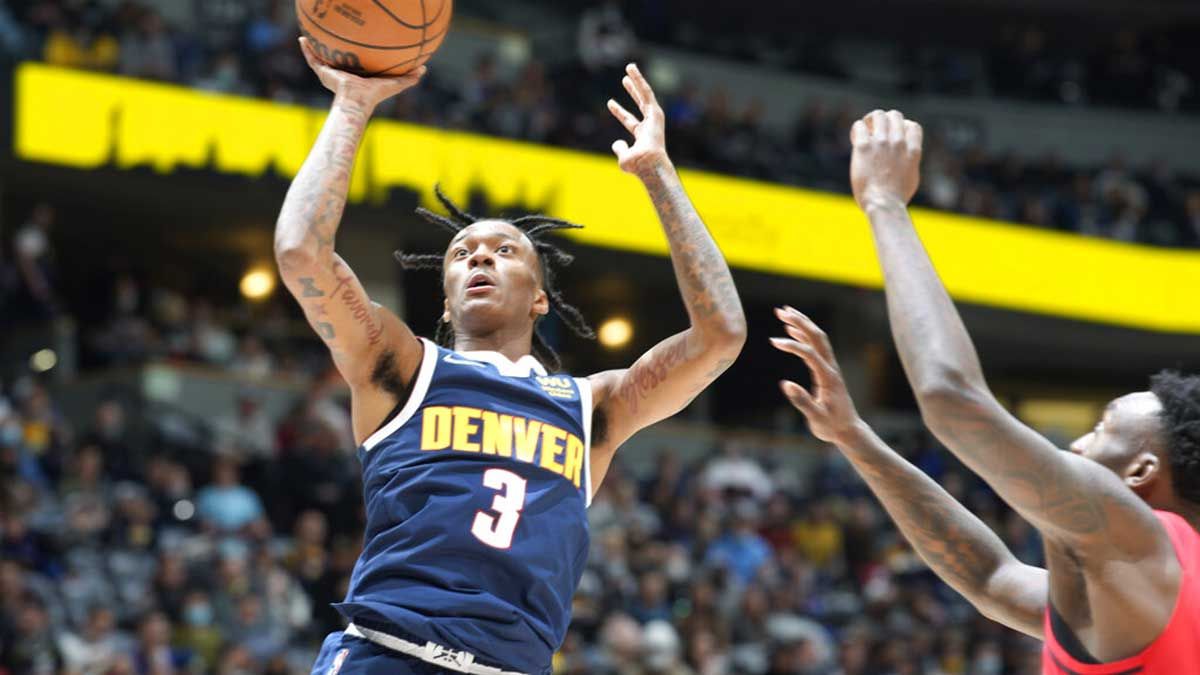 There was a scary moment late in the third quarter, when Barton appeared to bump his neck into a Portland player on a drive. He stayed down for several moments as teammates surrounded him. Barton walked to the locker room and later returned to the bench.

With Denver's reserves playing most of the fourth quarter, the Nuggets built their lead to 37 points.

Blazers: McCollum is expected to join the team at some point on the trip. ... F Larry Nance Jr. (right knee) was out. ... G Dennis Smith Jr. scored 17.

Nuggets: Before the game, G Jamal Murray (left knee) and F Michael Porter Jr. (back surgery) shot baskets on opposite ends of the floor. ... Denver has taken two of three in the season series against Portland, with the final game Feb. 27 in Portland.

Lillard underwent surgery Thursday morning to repair a core injury that has been causing him abdominal pain. Lillard will be evaluated again in six weeks.

"He told me several times, he doesn't even know what it feels like playing healthy — it's been so long," Blazers coach and Denver native Chauncey Billups said. "I'm happy he's going to be able to get healthy, come back with his mind fresh, his body fresh."

"That was a great game," Billups cracked.

A trade between Detroit and the Nuggets was rescinded after big man Bol Bol didn't receive medical clearance with the Pistons. The Nuggets finalized the deal Monday to send Bol to Detroit in exchange for guard Rodney McGruder along with a 2022 second-round pick via Brooklyn.

"Welcome him back," Nuggets coach Michael Malone said of what happens next. "Bol was leaving here on good terms. We all had good conversations with him. Stranger things have happened in the NBA."

Blazers: At Washington on Saturday.