DENVER — The Denver Nuggets will be without Jamal Murray indefinitely after the dynamic point guard suffered a torn ACL in his left knee.

The Nuggets announced the diagnosis in a statement on Tuesday (Wednesday, Manila time). It’s a big blow to a team coming off a season in which it advanced to the Western Conference finals and is hoping to make another deep postseason run.

Murray was hurt late in a loss at Golden State on Monday night. He drove the lane, tried to elevate off his left foot and fell to the ground, instantly grabbing his knee in pain.

Coach Michael Malone expressed immense concern soon after Murray’s injury. Same with his teammates and players around the league, who posted their well-wishes on social media. 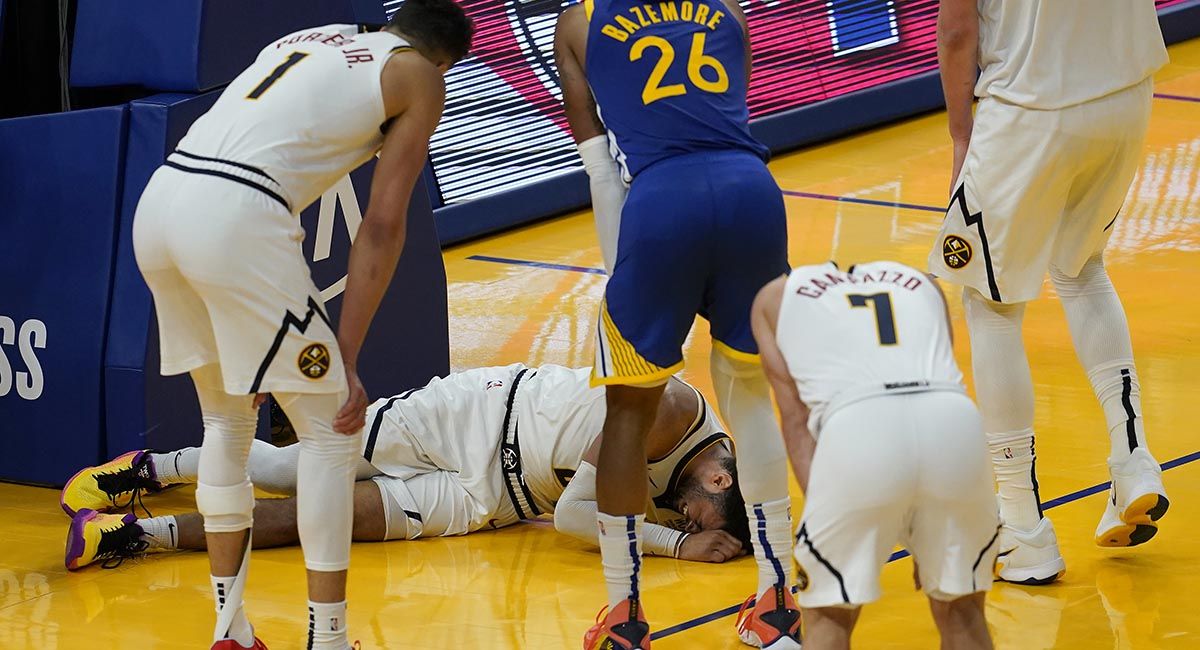 Before Monday, the 24-year-old Murray had missed four games with a sore right knee. He is averaging 21.2 points and 4.8 assists this season as the Nuggets sit in fourth place in the West.

Murray drew rave reviews for his postseason performance inside the NBA bubble in Florida last season. He averaged 26.5 points and 6.6 assists to help the Nuggets overcome 3-1 series deficits against Utah and the Los Angeles Clippers before losing to LeBron James and the Los Angeles Lakers in the conference finals.

This was looking like another season in which the Nuggets could challenge the top teams in the West, with Murray running the show. They also have a bona fide MVP contender in big man Nikola Jokic, who is averaging nearly a triple-double. Plus, they have a potent outside weapon in Michael Porter Jr. and depth after the addition of Aaron Gordon, who moved into the starting lineup following his acquisition from Orlando at the trade deadline. 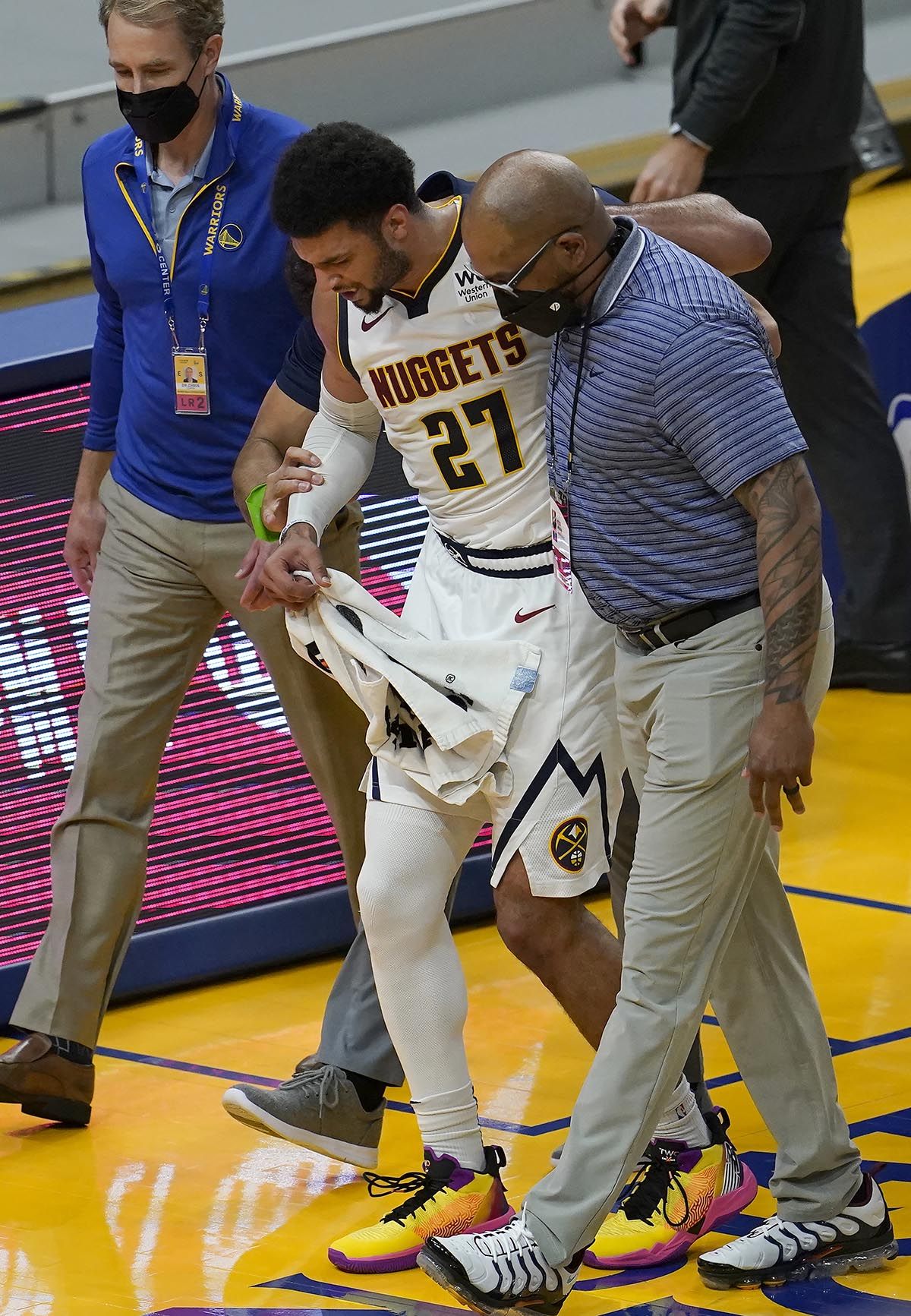 “You all know what he means to us. He’s ‘the dude,’ you know what I’m saying — Nikola and Jamal,” Porter said after the 116-107 loss to the Warriors. “They’ve brought this team to new heights. You talk about their closing all the time, but we need Jamal. We all know that. But we’re more worried about his well-being right now — how he is individually — than we are the team. The team right now is an afterthought. We’re just worried about Jamal.”

Murray played 33 minutes and had 17 points against the Warriors before getting hurt with around 50 seconds remaining. A wheelchair was brought out for him, but he refused it and hobbled off the court with help.

Asked what was going through his mind when he saw Murray on the floor in pain, Jokic said: “It’s really sad to see anybody in pain. The guy who’s the warrior, who is going to fight through everything, was in pain.”

Facundo Campazzo or Monte Morris figure to step in for Murray.

The 5-foot-11 Campazzo is a brilliant passer who can efficiently run the offense. But he doesn’t quite have Murray’s long-range abilities.

Morris doesn’t make many mistakes, with an assist-to-turnover ratio that ranks among the top in the league. He’s averaging 10.4 points a game.

Murray showed off his offensive flair at Cleveland in February when he erupted for 50 points — and didn’t even attempt a free throw. It’s the first time in NBA history that a player went for 50 and didn’t step to the free-throw line.

He now has three career 50-point games, including two in the playoffs. It’s the most in franchise history.

Murray was the seventh overall pick out of Kentucky in 2016.