LAKE BUENA VISTA, Florida — Jamal Murray helped a heartbroken Donovan Mitchell off the floor for a handshake and hug, a show of respect between players who had a memorable battle in the bubble.

"It was a great battle. I don't know what else to say. I'm speechless," Murray said.

The ending left everyone out of words.

Nikola Jokic made the tiebreaking basket with 27 seconds left and the Nuggets advanced to the second round of the playoffs, beating the Utah Jazz, 80-78, on Tuesday night (Wednesday, Manila time) when Mike Conley's 3-pointer spun out at the buzzer.

The Nuggets became the 12th team in NBA history to overcome a 3-1 deficit to win a series, but only after they blew a 19-point lead in this game.

"A lot of teams would have just given in, especially when you consider we've been here 57 days away from our families," Nuggets coach Michael Malone said. 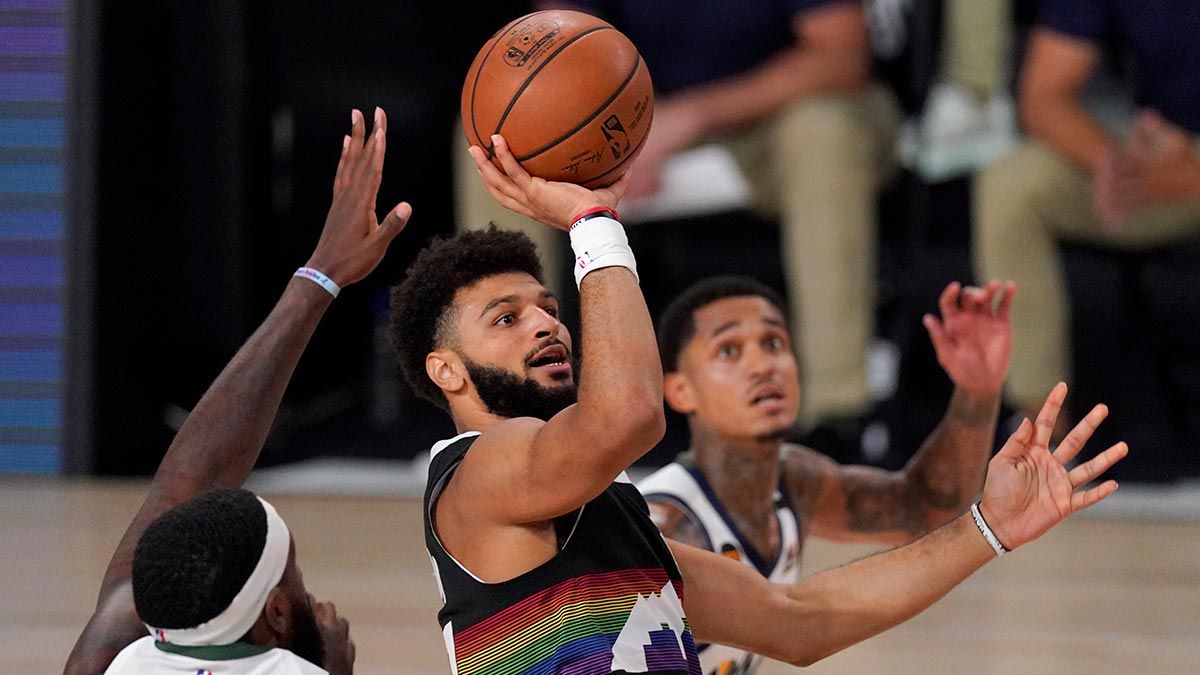 After Jokic's basket, the Jazz got the ball to Mitchell following a timeout. The Nuggets stole it from him and raced down for a fast break, but Torrey Craig missed the layup. Utah rebounded and pushed the ball up the floor to Conley, whose jumper looked good all the way until it fell out.

"It looked good, man. Sometimes, it's just the way it works," Mitchell said.

"We fought hard and came back. I'd go to war with any one of these guys in the locker room, any one of these coaches. We could've easy chalked it up in the first half. We have grit and fight. That's all you can really ask for."

Jokic had 30 points and 14 rebounds and Murray scored 17 points. No. 3 seed Denver advanced to face the second-seeded Los Angeles Clippers in the Western Conference semifinals.

Mitchell scored 22 points and Rudy Gobert finished with 19 points and 18 rebounds after a huge second half for the Jazz.

Murray shot only 7 for 21, far off his performances of the past three games. So the Nuggets turned more to Jokic, their All-Star center who tossed in a short hook shot in the lane after the Jazz had tied it at 78.

"That's when you need Nikola to step up," Malone said. 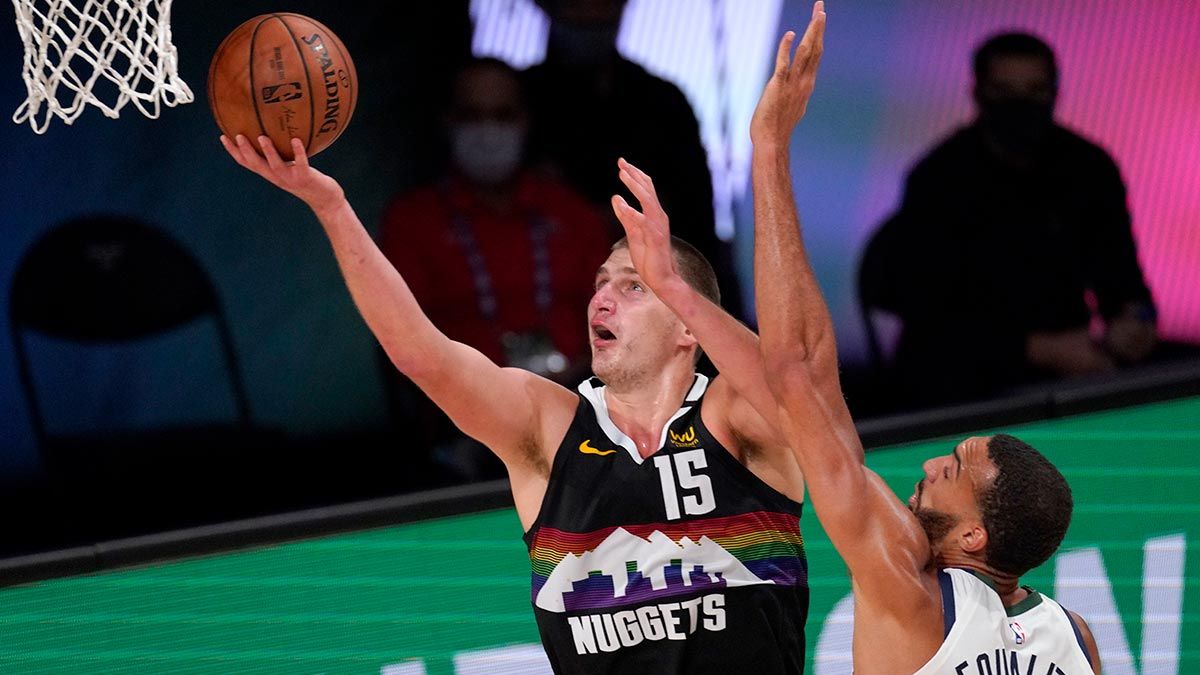 Murray and Mitchell became the first pair of players to have two 50-point games in the same series, but the men in the middle were the biggest factors in this one.

After a quiet first half in which Mitchell was all the Jazz had going, Gobert began dominating the paint, keeping possessions alive on offense and stopping Denver drives on defense.

But the Nuggets prevailed in their third Game Seven in the last two years, having defeated San Antonio in the first round last year before getting knocked out by Portland. They played three more do-or-die games in the bubble to extend their stay.

Denver controlled the first half and had a 19-point lead a minute into the third quarter. Mitchell then scored nine straight points before Conley hit a 3-pointer that cut it to 55-48. The Jazz got it all the way down to 65-60 after Gobert converted a three-point play for the final points of the period.

Utah then got the first eight of the fourth, the final six by Gobert, to open a 68-65 lead.

"What I remember about tonight, we were dead in the water in the first half and weren't playing well in a lot of ways," Utah coach Quin Snyder said. "Our group just kept grinding and kept competing. That to me is as significant as anything that happened in the game."

The Jazz won three straight games after Denver took the opener in overtime, and were poised to put away the series when they led by 15 points in the second half of Game 5.

But Murray, who had scored 50 points in Game 4, rallied the Nuggets and finished with 42, then came back with 50 again in Game 6, a three-game total of 142 that had been topped in the playoffs by only Jerry West and Michael Jordan. 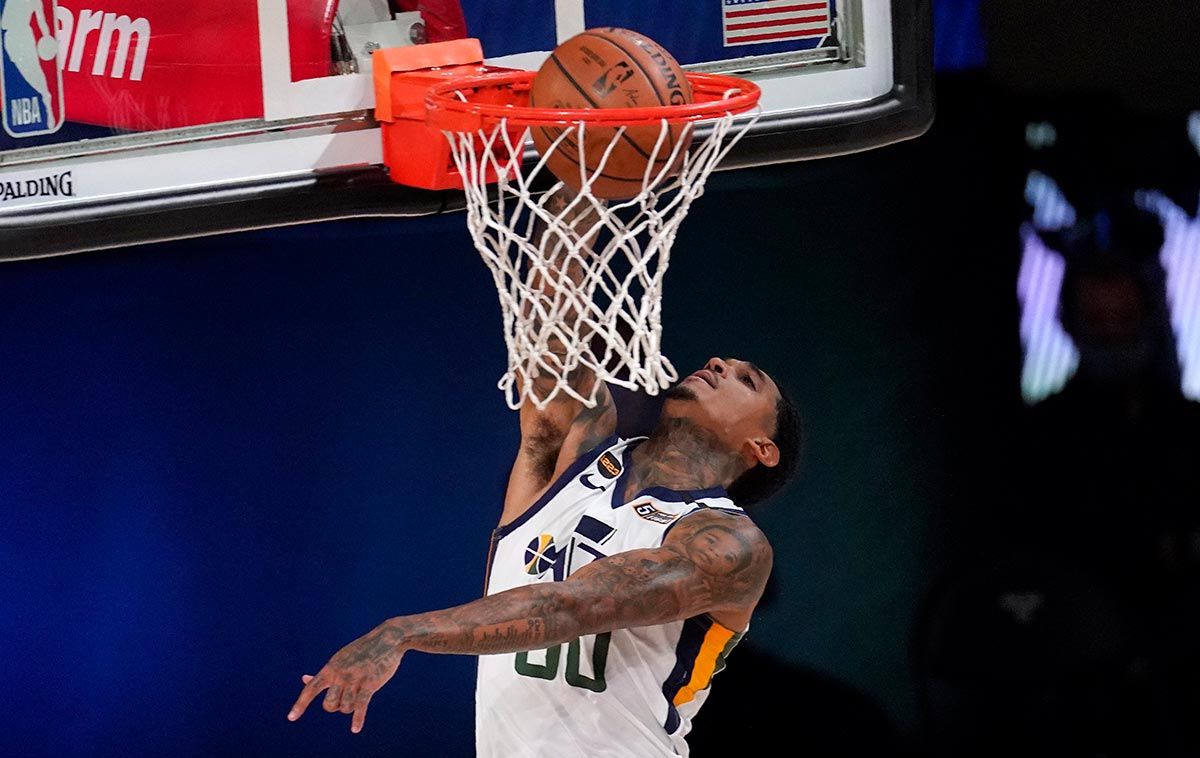 Jazz: Mitchell scored 14 consecutive Utah points spanning halftime. ... Utah scored only 15 points in the second quarter after getting held to 20 in Game Six.

Mitchell said the pain on his face was nothing compared to the families of people who have been victims of police brutality and racism.

"I can only imagine. I wanted to say that. I wanted to get that out there," he said. "The way I'm feeling right now is nothing compared to that. I appreciate the NBA and everybody in this league for continuing to push that message. It's not stopping. I just wanted to say that. Whether we won or lost, that was going to be the first thing said. I should've said it first."

Game One in the Nuggets-Clippers series is Thursday.