LAKE BUENA VISTA, Florida — The Milwaukee Bucks lost the first three games of the Eastern Conference semifinals, then lost the NBA's MVP while trying to fend off elimination.

The Bucks aren't done yet.

Even with Giannis Antetokounmpo missing most of the game with a sprained right ankle, the Bucks extended their season to a Game Five. Khris Middleton scored 21 of his 36 points in the third quarter, then made a huge 3-pointer with 6.3 seconds left in overtime and the Bucks topped the Miami Heat, 118-115, in Game Four of their series on Sunday (Monday, Manila time).

"Just keep fighting," said Middleton, who also had eight rebounds and eight assists. "That's all my teammates did."

Miami still leads the series 3-1 but will surely spend the next two days lamenting how this one got away. The Heat gave up 12 straight points in the final period on Sunday, wasting what was an eight-point lead in a closeout game.

Bam Adebayo had 26 points, 12 rebounds and eight assists for Miami. Duncan Robinson scored 20 points, Jae Crowder had 18 and Goran Dragic and Jimmy Butler each finished with 17 for the Heat.

Antetokounmpo scored 19 points for the Bucks in only 11 minutes, while Brook Lopez and George Hill each had 14 for Milwaukee. 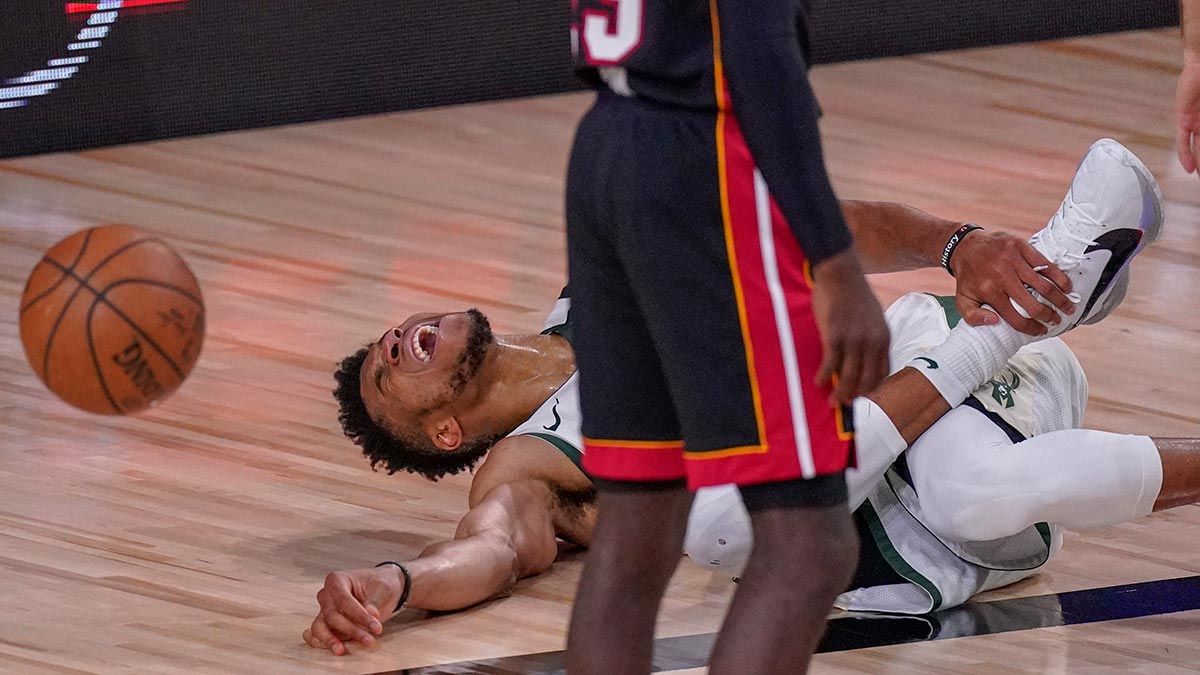 Miami managed only two points in the first 4:30 of overtime, got within one on a 3-pointer from Tyler Herro, but Middleton delivered the biggest shot of the night to make it 116-112.

Herro made another 3-pointer with 3.0 seconds left, but Middleton sealed it with a pair of free throws.

Antetokounmpo had 19 of Milwaukee's first 30 points, shooting 8-for-10 from the floor. But in an instant, everything changed for the Bucks.

Antetokounmpo aggravated his sprained right ankle with 10:18 left in the second quarter, rolling it inward — just as he did in Game Three on Friday — as he tried to drive past Miami's Andre Iguodala. He tumbled to the court, grabbing the ankle and screaming in pain.

He took the free throws; without doing that, he would not have been permitted to return. But at halftime, the Bucks delivered the word that he would not be back.

So, his game was over.

Middleton did all he could to keep the Bucks afloat, scoring 21 points in the third quarter — the highest-scoring quarter of his career — on 6 for 9 shooting from the field and 7 for 7 from the foul line. His previous quarter-best was 20, on Nov. 1, 2017 against Charlotte.

And in the end, the Bucks had enough to keep hope alive. 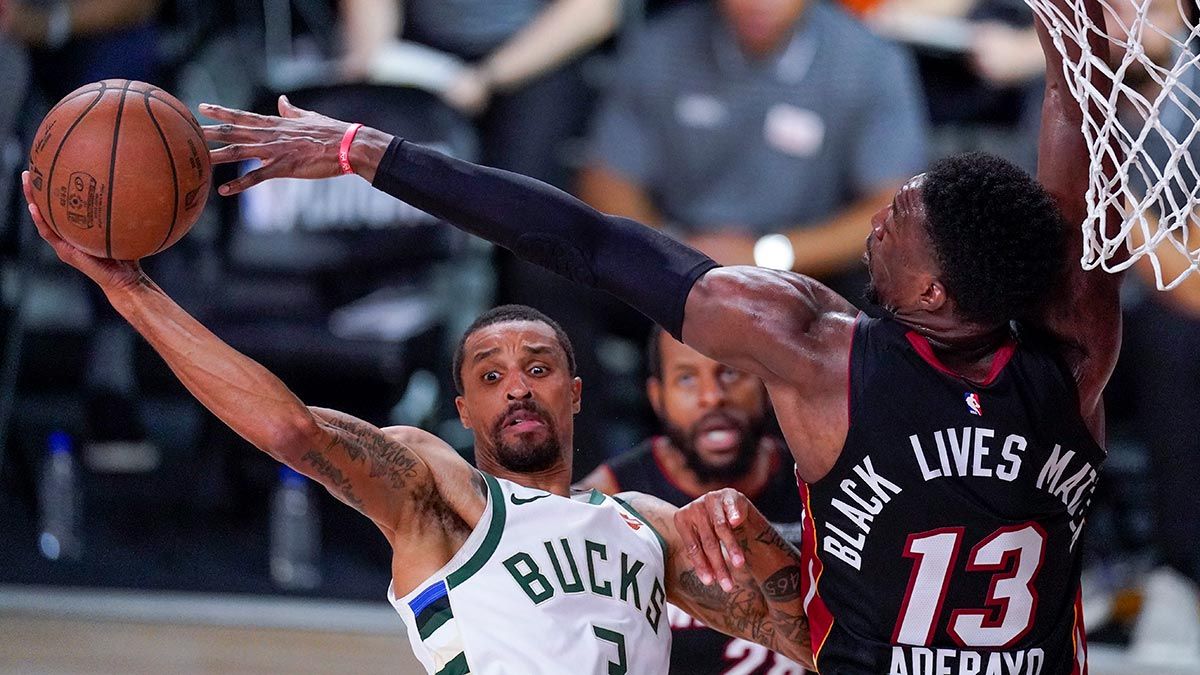 Bucks: Milwaukee missed 19 consecutive 3-pointers — its last 12 of Game 3 and first seven of Game Four — before Antetokounmpo connected late in the first quarter. ... Milwaukee won despite getting outscored 51-33 on 3-pointers.

Heat: Miami was looking to become the first No. 5 seed in NBA history to go 8-0 in the first two rounds of the playoffs. The Heat were the last unbeaten team in this year's playoffs. ... The Heat lost for only the fourth time in their last 17 series-closeout opportunities.

Game FIve is on Tuesday.