Nikola Jokic shows off full arsenal as Nuggets down Suns

PHOENIX — Reigning NBA MVP Nikola Jokic had 27 points and 13 rebounds, leading the Denver Nuggets past the Phoenix Suns, 110-98, on Wednesday night (Thursday, Manila time) in the opener for both teams.

The 26-year-old Jokic earned his first MVP award last season after averaging 26.4 points, 10.8 rebounds and 8.3 assists per game. The Serbian was up to his old tricks Wednesday, scoring on a crafty variety of hook shots, 3-pointers and flat-footed jumpers. He was 13 of 22 from the field.

The Suns were playing three months after losing Game Six of the NBA Finals to the Milwaukee Bucks. Phoenix has returned much of the same roster, including the All-Star backcourt of Chris Paul and Devin Booker, to make another run at the title.

The teams were playing for the first time since the Suns swept the Nuggets in four games in the second round of last season's Western Conference playoffs.

This time, it was Denver with the upper hand. Will Barton scored 20 points and Michael Porter Jr. added 15.

Mikal Bridges led Phoenix with 16 points. Paul had 15 points and 10 assists. The Suns struggled with their shooting in the fourth quarter, going nearly five minutes without scoring as the Nuggets took control.

Phoenix led 58-51 at halftime following a seesaw first half that saw the Nuggets take an early 25-16 advantage before the Suns rallied for a 57-41 lead late in the second. Denver had a late flurry — capped by Jokic's 3-pointer at the buzzer — to cut the margin to seven points.

It was Ayton's first game since the Suns opted not to extend the former No. 1 overall pick's rookie contract by Monday's deadline.

Ayton reportedly wanted a maximum deal, which would have been five years and worth $172 million. The Suns weren't willing to do that deal — at least not before the season — and the two sides ended negotiations without an agreement.

The 23-year-old Ayton changed the trajectory of his career during last year's playoffs, helping push the Suns to the NBA Finals. He contributed 15.8 points and 11.8 rebounds while shooting 66% and providing stellar defense.

Ayton started with a flourish on Wednesday, leading the Suns with 13 points in the first half. He finished with 15 points and six rebounds. 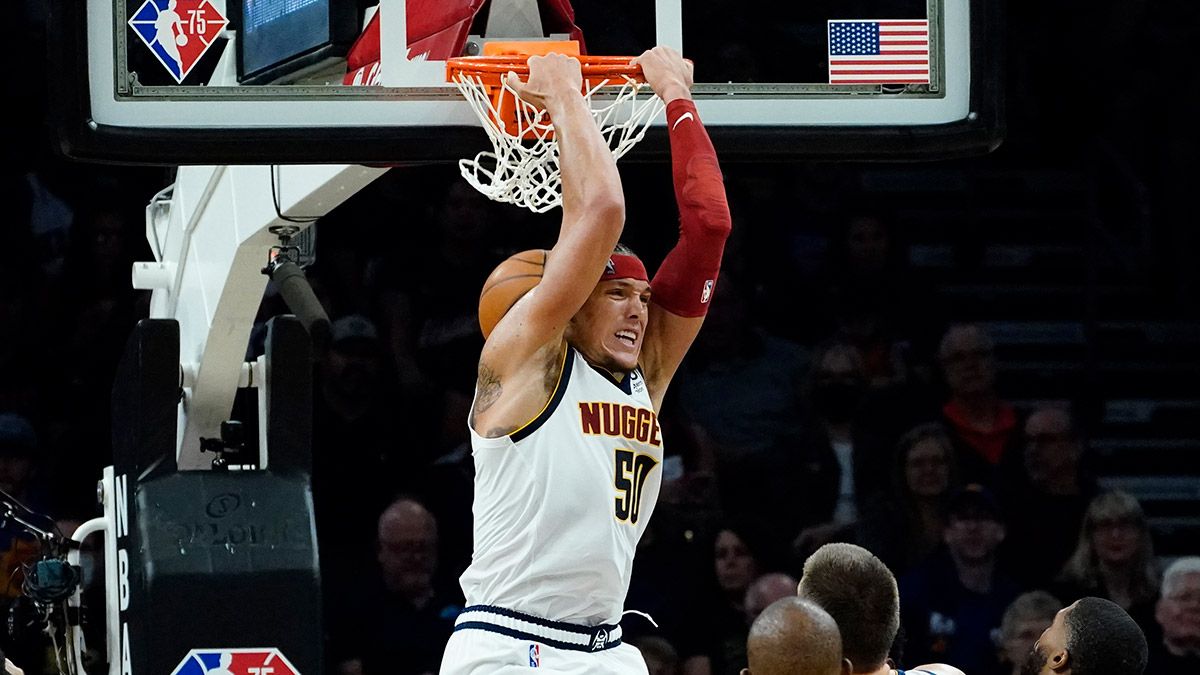 Aaron Gordon goes 5 for 6 from the field.

The Suns changed their arena name from Phoenix Suns Arena to the Footprint Center — which is a sustainable technology firm that took over as title sponsor — midway through last year's NBA Finals.

The new name is not off to a good start. They're now 0-2 with the name, losing Game 5 of the Finals and Wednesday's opener.

Nuggets: G Jamal Murray was working out before the game, putting up shots. He's rehabbing a torn ACL in his left knee suffered last season.

Suns: Though most of the roster is the same, G Landry Shamet and C JaVale McGee both made their Suns debuts. Shamet finished with 11 points and McGee added six points and eight rebounds.