DENVER — Nikola Jokic had 22 points, 19 rebounds and 10 assists in his return from a one-game suspension for his second triple-double of the season, leading the Denver Nuggets to a 105-96 win over the struggling Atlanta Hawks on Friday night (Saturday, Manila time).

Jokic, the reigning NBA MVP, served the ban for his late-game shove of Markieff Morris in Denver's win over Miami on Monday. Morris was fined for his role in the exchange of hard fouls.

Aaron Gordon had 23 points, Jeff Green scored 16 and Bones Hyland added 15, including two key 3-pointers in the fourth quarter for Denver, which has won the first four on its five-game homestand.

Leading by two, the Nuggets put together a 13-2 run that included a pair of 3-pointers by P.J. Dozier and a dunk by Jokic to move in front 78-65 with 1:16 left in the third quarter and headed into the fourth quarter with a 10-point advantage.

Capela's dunk pulled the Hawks to 88-79 with 7:48 remaining but the Nuggets answered with successive 3-pointers from Hyland, the first off a feed from Jokic, to push their lead to 15 points. Denver maintained a double-digit lead until the final moments of the game.

The Hawks began the second quarter with a 13-2 run to go in front 38-34. Denver came back to lead 49-46 at halftime, regaining the advantage on consecutive dunks by Gordon and Green. 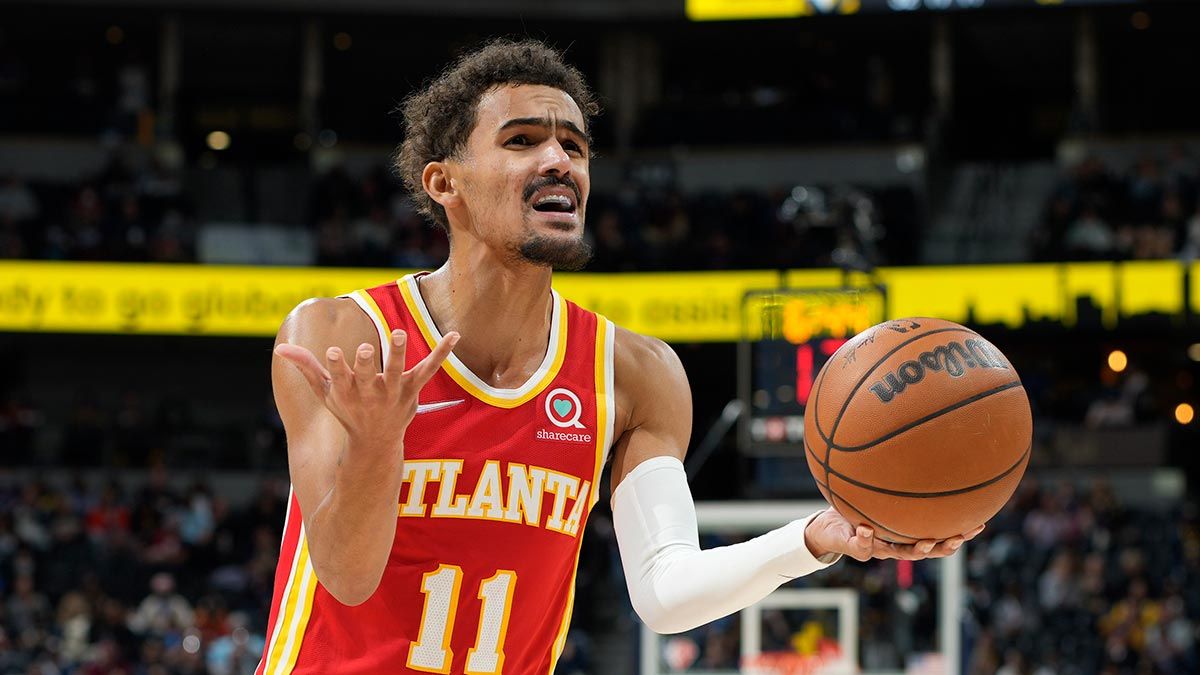 Trae Young shoots 9 for 16 for Atlanta.

Hawks: Bogdan Bogdanovic (right ankle soreness) and De'Andre Hunter (right wrist soreness) were both back on the court after missing Tuesday night's game at Utah.

Nuggets: Michael Porter Jr. missed a third successive game because of low back pain. He was injured last Saturday against Houston, limping off the floor after missing a breakaway layup. No timetable has been given for his return.

Nuggets: Close out a five-game homestand Sunday night against Portland.