Can a more aggressive Nikola Jokic get Nuggets past Lakers and over the hump?

LOS ANGELES -- There came a point in the Western Conference Finals last season between Denver and Los Angeles where Lakers head coach Frank Vogel knew he had to make a change.

After getting torched by Nikola Jokic through the first three matches of the seven-game series to the tune of nearly 24 points per game, Vogel rearranged his starting lineup and inserted Dwight Howard in the center slot in hopes that the former defensive player of the year could stymie Jokic long enough for LA to build a lead.

Howard rewarded the Lakers with two of his best performances all season.

Still possessing the size and strength to match up with the Serbian big man in the post, Dwight reminded everyone of the prodigious court awareness on the defensive end that once made him a perennial MVP candidate.

Guarding Jokic one on one just underneath the arc, Howard would routinely use his superior upper-body strength to bully the Nuggets big man and prevent him from gaining an inside angle towards the basket. Even when Denver would bring a screen, hoping to catch the Lakers center flat-footed and unable to get around, Dwight displayed a surprising amount of nimbleness in recovering and fighting over the pick.

Rather than try and work his way through such a stout defense, Jokic instead reverted to the playmaker role he is most comfortable with, routinely passing out of trouble early rather than fighting to gain position. While his penchant for getting his teammates involved can certainly be valuable, if not admirable, against Los Angeles, the Nuggets needed their best player to carry the scoring burden in a way only superstars can.

All told, Jokic would end up collecting a mere 16 points on 13 field goal attempts and only two (!!) free throws in a Game 4 loss that proved to be the decisive match in the series.

While advancing to the conference finals was a victory for a franchise that often gets second billing in the star-studded West, Denver's coaching staff was intent on building upon the previous season's success in molding the Nuggets into a bona fide contender. Atop the to-do list was unleashing Jokic as a top-tier scorer. 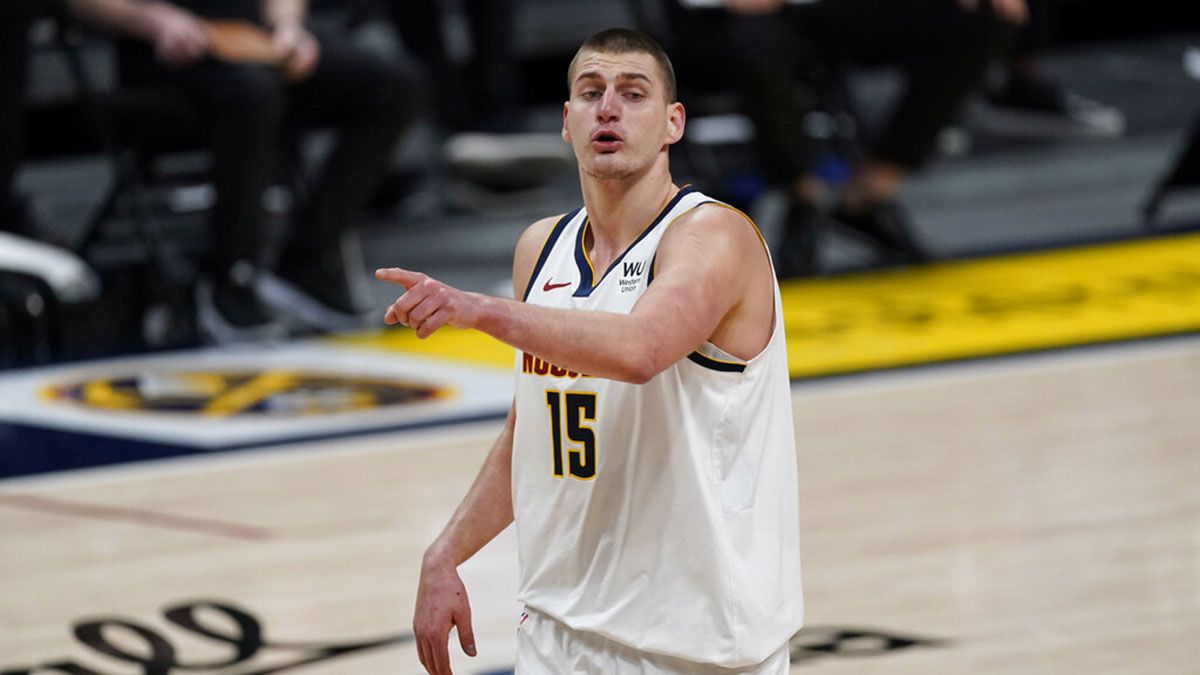 As Denver head coach Mike Malone put it, "....[he] would lock [Jokic] in his office one day and beat him with a pillowcase full of soda cans" to get the big man to carry a more significant scoring load.

Just over 20 games into the regular season, the beatings--real or imagined--seem to be paying off as Jokic is earning career highs in points, free throw attempts, and shots per game.

Critical to the center's success has been his willingness to challenge defenders when they bring pressure, rather than looking for an opportunity to pass. Whereas in the series against the Lakers, Jokic would fire a dart out of a coming double team in the post, this season, the center has utilized his anticipatory skills to spin away from the trap and shoot a hook shot, finishing approximately 27% of his possessions inside the paint according to tracking data from Synergy Sports--easily a career-best.

While Jokic can still be seen beating double-teams with a well-timed pass to a teammate above the arc, both the big man and the Nuggets have adjusted their thinking that valued the number of times an open three-point attempt by a role player was chosen over a post shot by their star. With Jokic averaging nearly three more field goal attempts per game, the overhaul of the Nuggets offense represents more of a fine-tuning at the margins than it does a complete revamping of the way the teams plays.

Nevertheless, that shouldn't be used to downplay the importance of Jokic's development.

With Jamal Murray so far failing to make good on the promise that he showed in last year's playoffs by making the leap to superstardom, and Michael Porter Jr. unable to stay on the floor long enough to showcase his own talent, Denver is currently learning that progress by players is rarely linear. In its absence, the willingness by their center to grow another facet of his game could very well be the deciding factor in a postseason series as early as the first round in an ever-competitive Western Conference.

Unfortunately for the Nuggets, that likely isn't enough to overcome the Lakers atop the standings.

As was evident last Thursday night at Staples Center, though Los Angeles may no longer possess Dwight Howard to match up with Jokic one on one, the Lakers still do have the wherewithal to take on the big man.

Sliding Marc Gasol into Howard's role on defense, Vogel and the coaching staff pivoted away from facing up Jokic one on one in the midrange the way Dwight preferred to work, to springing traps from the weakside to cut off any passing lanes. By lowering their defensive stances and spreading their arms out wide, Los Angeles suffocated the offensive end of the court for Denver and Jokic in a way few teams have been able to do; snatching 15 turnovers from the Nuggets on their way to 23 points in transition.

As Malone pointed out in his postgame comments, the Lakers' ability to simply throw the ball over the top of the slower Denver team negated any advantage Jokic might have given them in the halfcourt.

Still, while LA may present a Rubik's cube of challenges, the transformation of Nikola Jokic into a dominant scorer may be the first in a series of answers the Nuggets will have to puzzle out. If Murray or Porter can find a way to take the next step, then Denver will be that much closer to the Finals appearance they've long fallen short of.

There's no question that the Nuggets are better suited for playoff success this season. The question, as always, is whether they are good enough.
___