SAN FRANCISCO — RJ Barrett had a career-high 28 points and the New York Knicks matched their longest winning streak of the season at three games by beating the Golden State Warriors 119-104 on Thursday night (Friday, Manila time).

Stephen Curry scored 30 points with five 3-pointers but shot just 9 of 19 as Golden State lacked the same energy it had in a lopsided win against the Spurs a night earlier — and it certainly didn't help that Draymond Green got ejected late in the first half on a disputed technical when he appeared to be yelling at a teammate. The game featured a combined 55 personal fouls. 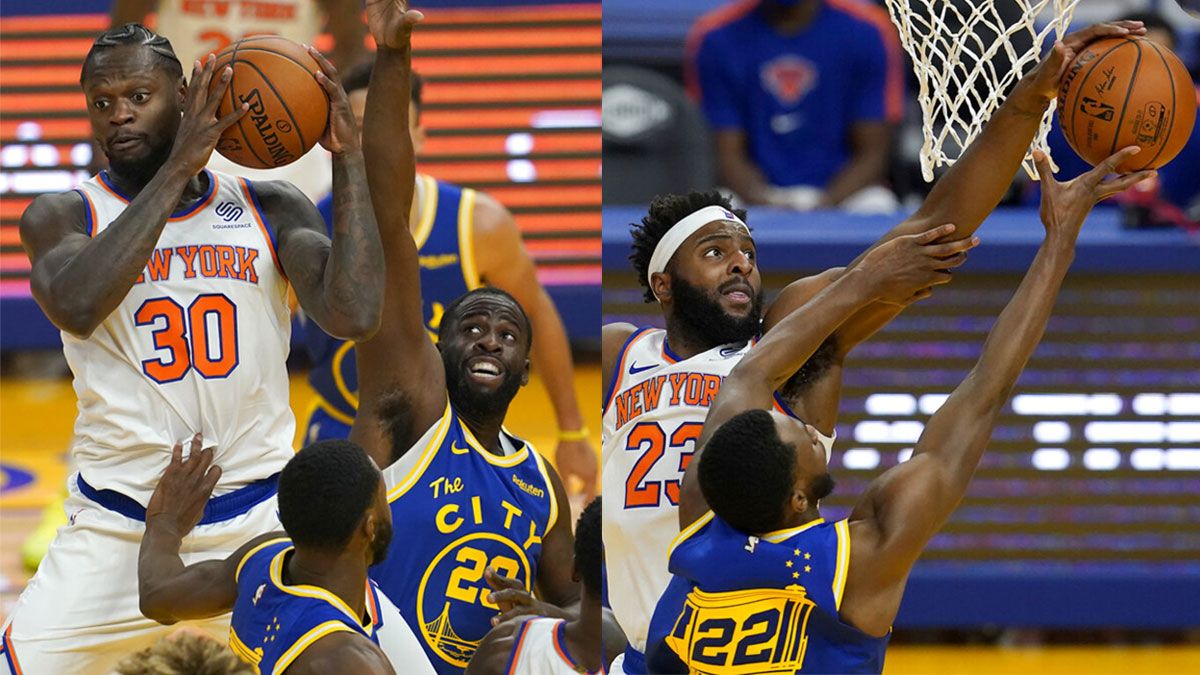 Alec Burks returned from a 12-game absence with a sprained left ankle to finish with 11 points and six rebounds for the Knicks. Burks spent 48 games with Golden State last season before a trade to the 76ers. When he entered at the 4:49 mark of the first quarter, Warriors public-address announcer Matt Pitman offered, "Welcome back to the Bay, Alec Burks!"

Andrew Wiggins had 17 points and nine rebounds, and rookie James Wiseman contributed 15 points and eight boards for the cold-shooting Warriors, who made just 38.8% of their shots and went 9 for 38 on 3-pointers.

Golden State dropped to 6-5 with its current starting lineup since Green returned from a foot injury. But given that Green was tossed with 1:04 left in the first half after his second technical foul, it didn't seem like a game he played — though he had three points and eight assists.

Warriors coach Steve Kerr doesn't even think Green is "in his best shape yet."

"We were a mess without him. I think Draymond is realizing how important he is to this team," Kerr said.

Knicks: Frank Ntilikina, limited to four games so far and missing his 12th straight with a sprained right knee, is still listed as day to day by coach Tom Thibodeau, who said, "doing a little more each day, so we'll see how it goes." ... New York snapped a 10-game skid in the series and five-game losing streak on the Warriors' home floor with a 124-122 win in its last visit to the Bay Area on Dec. 11, 2019. ... G Austin Rivers sat out with a sore right Achilles tendon.

Warriors: Eric Paschall scored 12 and reached 1,000 points in his 74th career game, the fewest number of games by a Golden State second-round pick in the modern draft era, since 1966, according to the Elias Sports Bureau. Gilbert Arenas did so in 79 games. ... The Warriors lost at home to the Knicks for just the fourth time in the last 19 games and fifth time in 22 matchups overall.

Knicks: At the Sacramento Kings on Friday to continue a four-game road trip out West.

Warriors: At Utah on Saturday night having lost the last four to the Jazz, three in Utah, and eight of 10 overall.
___