METAIRIE, Louisiana — New Pelicans coach Willie Green sees New Orleans as a team on the cusp of contending — a conclusion he explains by referencing his past two years with the Phoenix Suns.

"This situation actually reminds me a lot of Phoenix," Green said during his formal introduction on Tuesday (Wednesday, Manila time), highlighting "really high-talented players" such as 2021 All-Star Zion Williamson and 2020 All-Star Brandon Ingram.

The Pelicans are "really close to taking the next step," Green said. "Going into next season, that's our goal. That's our mindset and that makes it a sleeping giant."

In Green's first season with Phoenix as an assistant to Monty Williams, the Suns narrowly missed the 2020 playoffs. This season, they advanced to the NBA finals and won the first two games of that series before Milwaukee stormed back to take the title.

A former NBA player who turns 40 on Wednesday, Green was hired last week to his first head coaching job. He emerged as a top candidate several weeks ago while helping the Suns advance through the playoffs.

David Griffin, the Pelicans' executive vice president of basketball operations, said that while researching potential candidates, so many people around the NBA asked if he and Pelicans general manager Trajan Langdon had spoken to Green that the question became "almost a joke between Trajan and I."

Griffin added that when Green's name came up, he was repeatedly advised, "That is the dude, and if you don't get him, you're an idiot."

Griffin said he heard similar things about Tyronn Lue before making him a first-time coach in Cleveland, where they won the 2016 NBA title together with a squad led by LeBron James.

Green is the Pelicans' third coach since Griffin took over the front office two seasons ago. Alvin Gentry lasted one season under Griffin and was fired last August. Stan Van Gundy, who was hired in October, left the club in June after the Pelicans again failed to make the playoffs.

Green said he was concerned about the recent rate of coaching turnover in New Orleans and made that known to Griffin during the interview process. Green said he was comfortable with the explanation he received and grew confident that he and New Orleans' front office were philosophically aligned.

"I was honest about things that I saw or things that happened here. Griff was straightforward with me," Green said. "The different coaching changes — both coaches are really good coaches, but the fit was important. ... We left the room feeling confident that we all fit together and wanted the same things."

Last season, Van Gundy expressed frustration at his players' lack of commitment to his scheme, particularly on defense. New Orleans went 31-41 and ranked in the bottom third in the NBA defensively.

Griffin, who'd hired the 61-year-old Van Gundy for his basketball knowledge, decided he wanted his next coach to be someone who could effectively get through to younger players. Green, now the third-youngest head coach in the league, played 12 NBA seasons, including one in New Orleans under Williams. 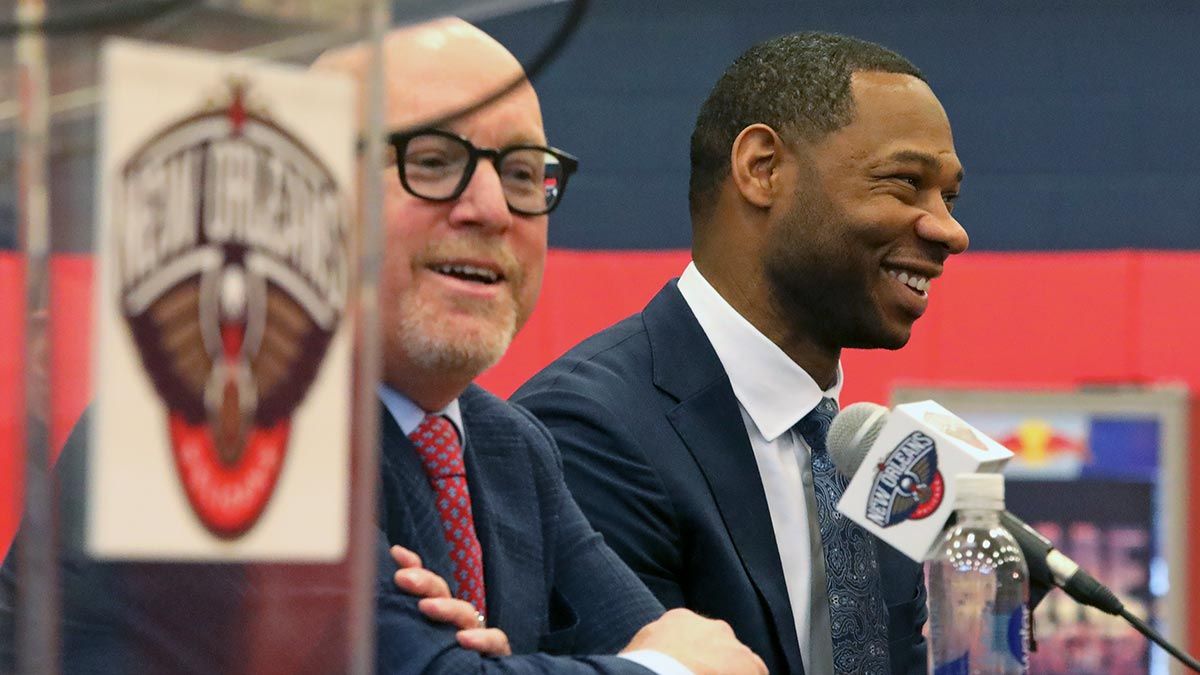 Griffin said Green, who also was part of two championship coaching staffs with Golden State in 2017 and 2018, has a "demonstrated ability to galvanize a group and engender a spirit and a clarity of purpose that is needed to lead young men."

Green said the best head coaches are not necessarily those who specialize in "the Xs and Os."

Rather, he said, "The best coaches are people that you know care about you. And connecting with players is no different than just connecting with people. You realize really quickly that you have a lot more in common than you don't."

Green said he also had personal reasons for returning to New Orleans; he and his family enjoyed it during his lone season playing in the city.

His wife, Terrah, and children Ross, 21, Aaliyah, 14, and Mason, 9, were all with Green on Tuesday. Terrah Green said they were eager to revisit New Orleans' renowned restaurant scene and perhaps find a home in the historic, tree-shaded Uptown section.

"I don't think tourists really get a chance to understand this city unless you live here," Willie Green said. "After living here for one year, it's impacted us."