New Orleans glows under the light of NBA's brightest stars

NEW ORLEANS - Eleven years and six months ago, this paradise on the banks of the mighty Mississippi River was ravaged by Hurricane Katrina, causing an epic flood that drowned its people in misery and devastation.

But New Orleans, a slice of heaven known as The Big Easy, put up a big fight, and thanks to the fortitude of Orleanians who proudly call this place home, the city didn't just stagger back on its feet, the city has steadied its legs, is healthy, and better than ever.

Today, all across America, New Orleans is a powerful symbol of hope, courage and indomitable will.

This time of year, when Mardi Gras rolls along, the city dances in celebration of life and long held traditions. This weekend, however, the music blares a little louder, the smiles are wider, and the lights are much much brighter.

That's because the 66th edition of the annual NBA All-Star Game is here.

As to which among the gifted players own the brightest star is a matter of choice, like beauty that lies in the eyes of the beholder. But there is no denying who is the biggest draw here in New Orleans - Anthony Davis.

A giant mural of the Pelicans superstar looms over downtown, draping all of the Benson Tower's 26 stories, making Davis and his distinguished eyebrows visible by the naked eye from miles and miles away. 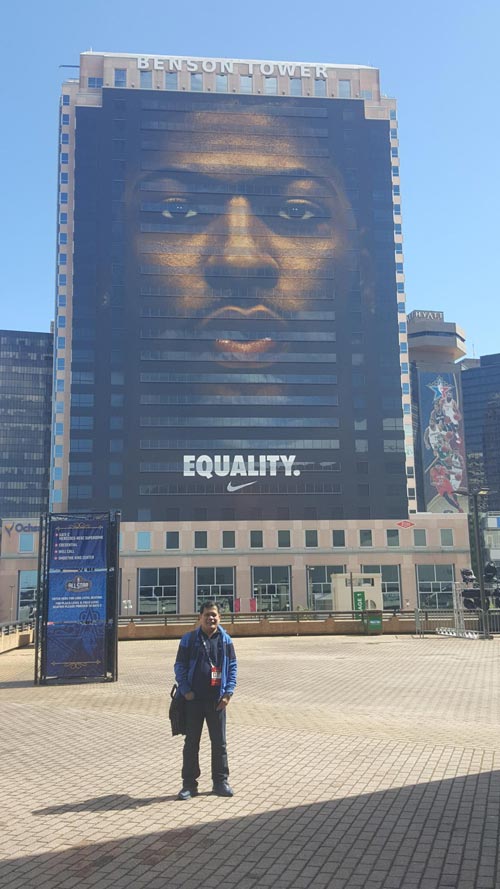 LeBron James, who leads the All-Star Game in scoring with 291 points is here. So is Kevin Durant, whose 25.6 points per game average is the most in All-Star history.

Steph Curry is one of four Warriors representing Golden State, but only the baby-faced three-point gunner seemed to have the magnetic appeal that made even a few grown men shriek in delight upon seeing him chuck a few bombs during practice at the SuperDome, home of the NFL's New Orleans Saints.

While waiting for Sunday's (Monday, Manila time) tip-off, the NBA held a bevy of appetizers that filled the fans basketball craving.

The BBVA Rising Stars Challenge took place on Friday night at the SuperDome where a Nugget from Denver named Jamal Murray went nuts, going 9-of-14 from long distance to score 36 points to catapult Team World over Team USA, 150-141.

Next door at the Smoothie King Center, home of the Pelicans, the Celebrity Games was held and Brandon Armstrong, a former NBA player who gained YouTube fame by impersonating current NBA players' moves, stole the show with 16 points and 15 rebounds as the East trounced the West, 88-59.

Throughout the course of the week, NBA Cares, one of the league's biggest charitable arms, held several events. 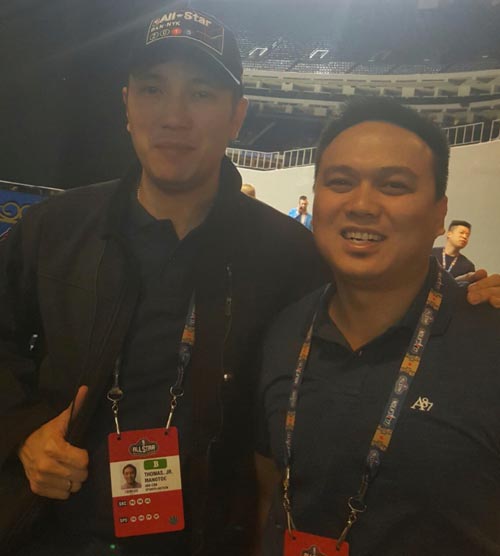 Postscript. I was here in 2014 for the 63rd All-Star Game. This time, though, I drove from Chicago, traversing the states of Missouri, Arkansas, Tennessee and Mississippi before reaching Louisiana.

I can't recall having this much fun driving alone for 13.5 hours, inhaling the scenic beauty of the south while almost busting my eardrums listening to Madonna's greatest hits. I used to like Taylor Swift's songs, but for reasons I chose to keep private, she and I (as artist and fan) are "never ever, ever getting back together."

The hotels here are all fully-booked so for the first time in my countless sportswriting travels, I have taken shelter through the phenomenon that is Air BnB. It might not be the Holiday Inn but my host provided me a good night's sleep, one that shook the Rum hangover out of my system.

If athletes often play hurt, so do sportswriters.

I am writing this column while dealing with a serious bout of indigestion. My pal, Aloy Inocian, who covers the Pelicans for PhilBoxing, took me to lunch at a Chinese buffet place that served all the crustaceans known to man.

I don't know if the Tsing Tao beer didn't go well with the crabs. Perhaps I overindulged on the clams. One thing's for sure, though, the Tums saved the day.

Just as I'm about the to press the send button for this column to reach the Spin.ph editor's desk in Manila, Aloy's SUV is crawling at Crescent City bridge on our way to the Slam Dunk and three-point competition.

I'm not 100 percent just yet, but the sports show must go on.