Nets without Irving, Harden in Game Five against Bucks

NEW YORK — First they lost James Harden, then Kyrie Irving, and finally the Brooklyn Nets lost their lead in the Eastern Conference semifinals.

Though the series is tied, the Milwaukee Bucks are way ahead in the health category.

Down to Kevin Durant as their lone healthy superstar, the Nets limp home to host Game Five on Tuesday (Wednesday, Manila time), a team that once piled up points with ease suddenly struggling to cobble together much offense at all.

The Nets were bitten by the injury bug all season, with long absences for Durant and Harden in the second half. Their three stars played together only eight times in the regular season and they may not have another chance until October.

Harden hasn't played since the opening minute of Game One because of right hamstring tightness. When he returned from the same injury in April, he promptly strained it minutes into his return and missed the next 18 games, so the Nets are being cautious with him.

So most of the positives now belong to the Bucks, a far cry from when the series left Brooklyn after the Nets handed them a 125-86 beating in Game Two.

"I think our confidence has been the same," Bucks star Khris Middleton said. "We said the same thing after we lost 1 and 2, we've just got to find a way to protect our home court like they did. We didn't get down on ourselves. We didn't count ourselves out. Now our message is we've got to steal one of these on the road to win the series, no matter what. Hopefully it starts" Tuesday.

The Nets were held to 83 points in Game 3 and 96 on Sunday, when the Bucks were able to focus additional defensive attention on Durant. He said he will be ready for whatever role he has to play and expects the same of whichever teammates can play the remainder of the series.

"We're pros and we've got to adapt to anything," Durant said. "And if Kyrie and James are out there, guys will be ready, and if not guys will be ready as well. So that's just really what it is up here at this level." 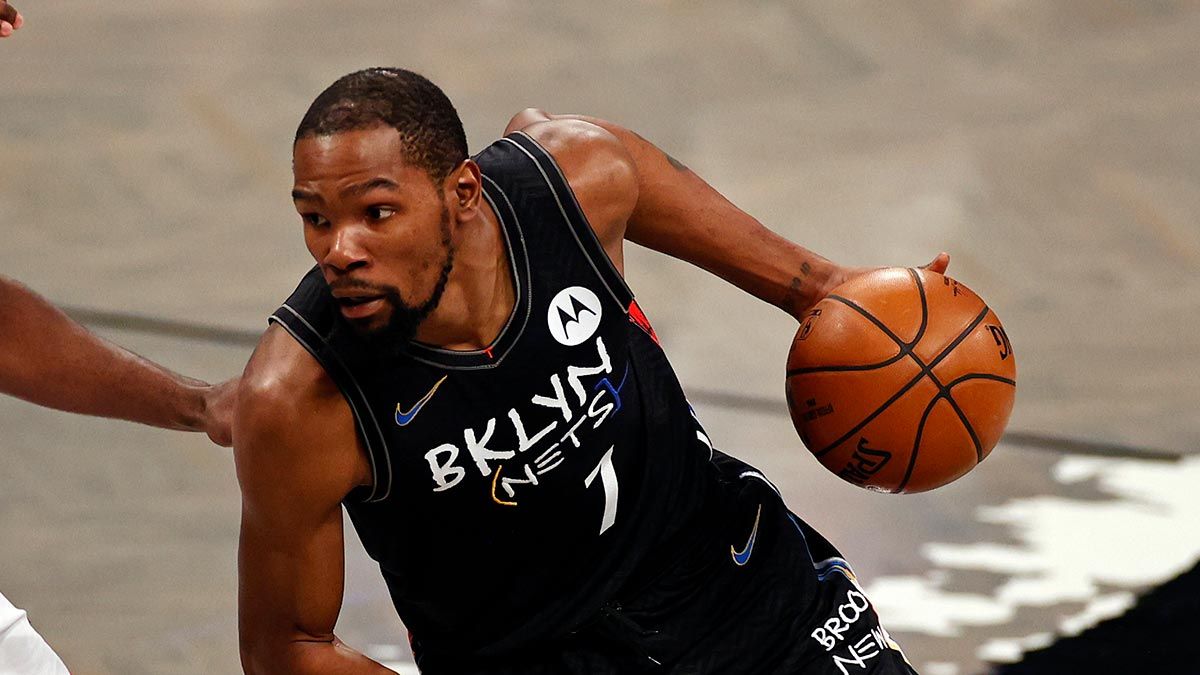 — NEED TO KNOW: Two years after blowing a 2-0 lead in the Eastern Conference finals against Toronto, the Bucks are halfway to overcoming that deficit now. Middleton has come on strong after a dismal first 1 1/2 games and Giannis Antetokounmpo has a lot more support around him now than Durant.

— KEEP AN EYE ON: Durant. One of the greatest scorers in the game can certainly get hot enough to keep the Nets in a game no matter who plays. But he also has appeared frustrated at times in the series with the physical defense of P.J. Tucker, who certainly won't be the only defender watching Durant in the Nets' depleted state.

— INJURY WATCH: Nash said he believed Harden was working out Monday but didn't have any update on his progress or idea if he could return in the series. He added that he didn't know the severity of Irving's ankle injury.

— PRESSURE IS ON: Brooklyn's role players. Someone has to make shots to take some pressure off Durant after nobody besides Durant or Irving was in double figures in Game 4. Both Blake Griffin and Joe Harris have cooled off after strong starts to the series. Nash said he wasn't looking to change his rotation at the start, but said it could be something the Nets look to during the game if they need to get more offensive-minded players in.