Nets eager to work with KD and Kyrie, but coach Vaughn remains a question

LAKE BUENA VISTA, Florida — The Brooklyn Nets went down meekly in the playoffs, their decimated roster no competition for the reigning NBA champions.

The Nets won't be overmatched by anyone next season, assuming Kevin Durant and Kyrie Irving are healthy.

The question going into the offseason is who will lead them.

Jacque Vaughn finished out the season as coach and did as well as anyone could have expected, leading the Nets to a 5-3 record in the NBA's restart in Florida before they were swept by the Toronto Raptors. He started 2-0 after replacing Kenny Atkinson in March, including a victory over the Lakers in Los Angeles, and picked up victories over the powerful Bucks and Clippers at Walt Disney World.

"I think if you ask anybody who was a part of JV's two games before the cutoff and the whole experience here, I think they'll tell you that he's very deserving of the job," guard Caris LeVert said. "He's done a great job down here winning with less and I think everybody saw that." 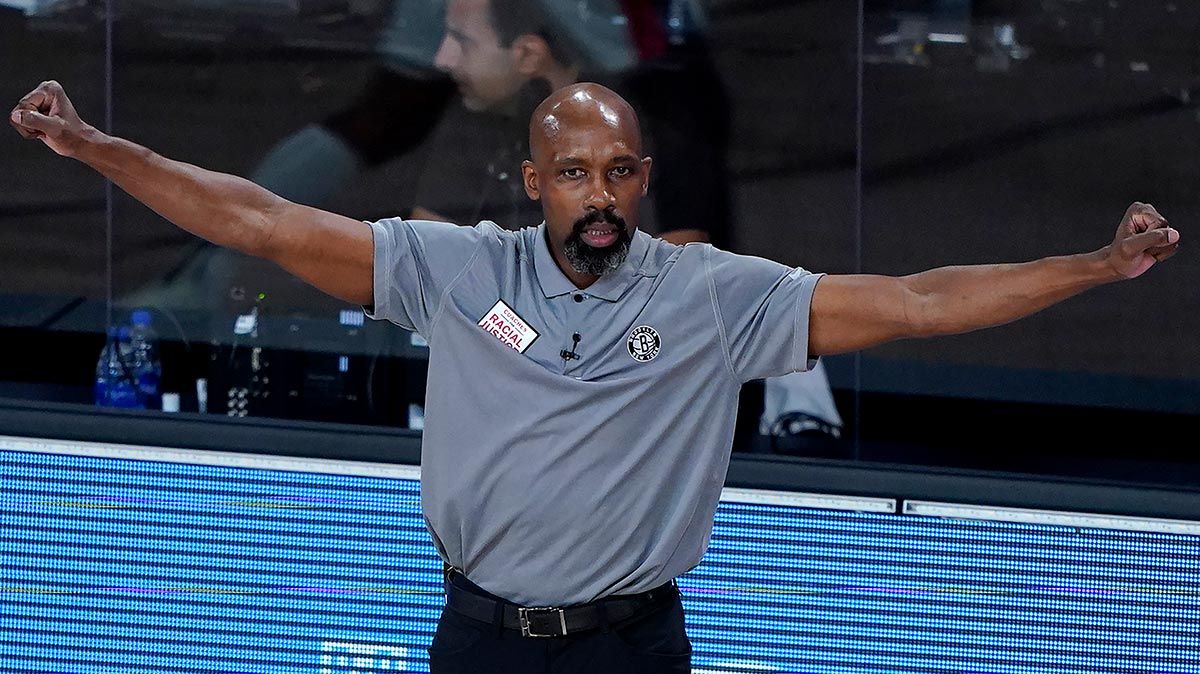 With Durant and Irving already out after surgeries, Spencer Dinwiddie, DeAndre Jordan and Taurean Prince also became unavailable after testing positive for the coronavirus. Wilson Chandler opted out of the restart and finally Joe Harris left two games into the playoffs for family reasons.

All were starters or key rotation players. General manager Sean Marks said he wasn't going to evaluate Vaughn solely on his won-loss record in the bubble and Vaughn cited other qualifications for staying on.

"What I am confident in is my skill set as a coach," Vaughn said. "My ability to communicate and have relationships with guys, my ability to adjust on the fly, adjust with individuals, those things I'm very comfortable with."

Whoever coaches will lead a team with high aspirations. With so many others missing, LeVert showed how dynamic his game has become and would give Brooklyn three explosive scorers with Durant and Irving.

"I think with more games you get more experience," LeVert said, "but I think next year with more people out there on the court it will be a lot easier for all of us." 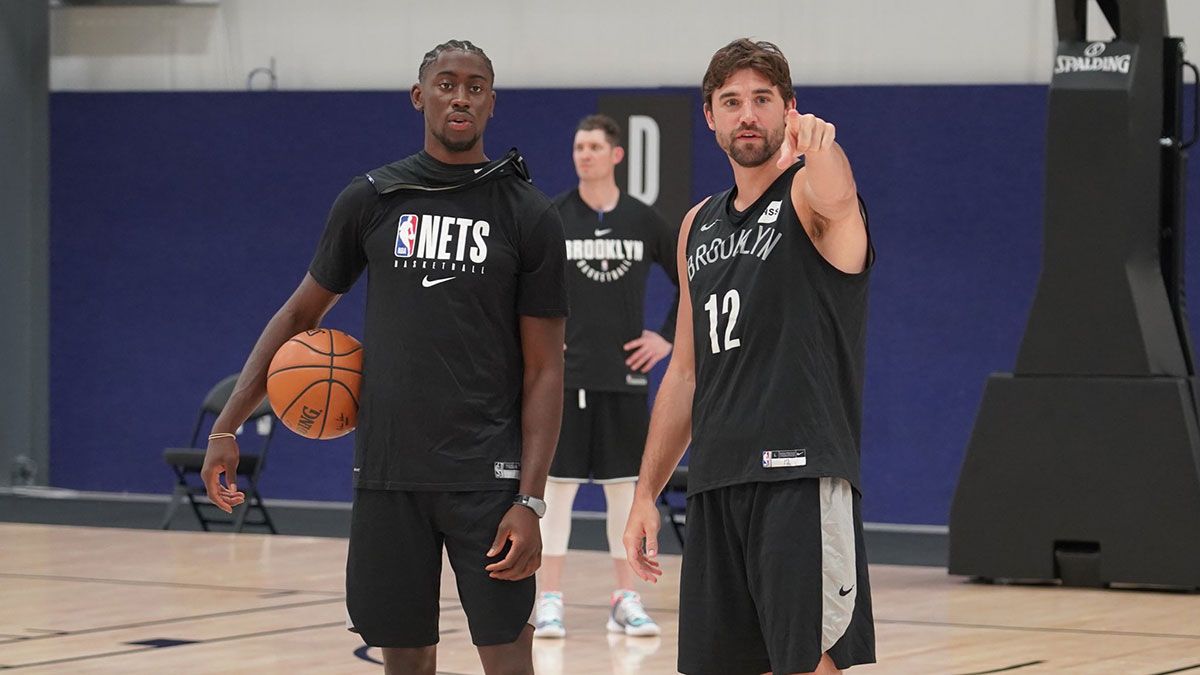 Harris was in the top 10 in 3-point percentage again and keeps getting better putting the ball on the floor and getting to the basket. He'll be a free agent and Marks said re-signing him is the top priority.

MEN IN THE MIDDLE

Allen started much of the season, but Vaughn elevated Jordan into the lineup in the two games before the season was suspended because of the pandemic. The coach will have to balance their minutes next season.

The Nets had to add a number of players for the restart who hope they made a good enough case to stay. Marks tried to get Tyler Johnson before finally signing him June 24, so the guard likely has a future in Brooklyn. Less clear is 40-year-old Jamal Crawford, the three-time Sixth Man of the Year who hurt his hamstring in his first game in Florida after being out of the league all season. 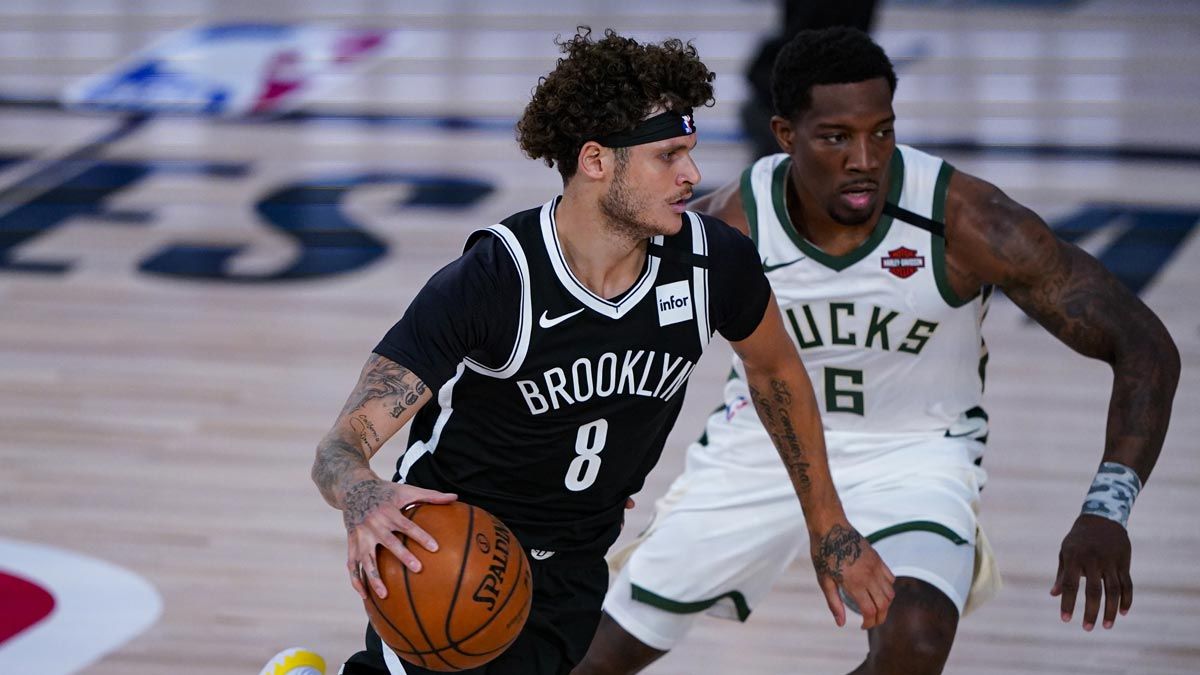 While the Nets are expected to take a big leap from the No. 7 seed in the East, they have some good teams right in their own division. Toronto and Boston were the Nos. 2 and 3 seeds, and the Philadelphia 76ers hope Ben Simmons and Joel Embiid move them up from a disappointing sixth-place finish.

Allen noted that it's hard to start thinking about next season, because both his team and the league may look quite different whenever and wherever it starts.