LOS ANGELES — LeBron James and Russell Westbrook were on one side. Kevin Durant, James Harden and Kyrie Irving sat on the other.

Safe to say there won't be a better collection of benchwarmers in an NBA game this season.

Brooklyn and the Los Angeles Lakers kicked off the league's preseason schedule on Sunday (Monday, Manila time), though did so largely without their biggest names in the Nets' 123-97 victory.

Anthony Davis started for the Lakers and made the first basket of the preseason. But James, Westbrook and Carmelo Anthony will all wait at least one more game before getting started.

Brooklyn played without its Big Three, along with starters Blake Griffin and Joe Harris, along with newcomers Patty Mills and James Johnson. 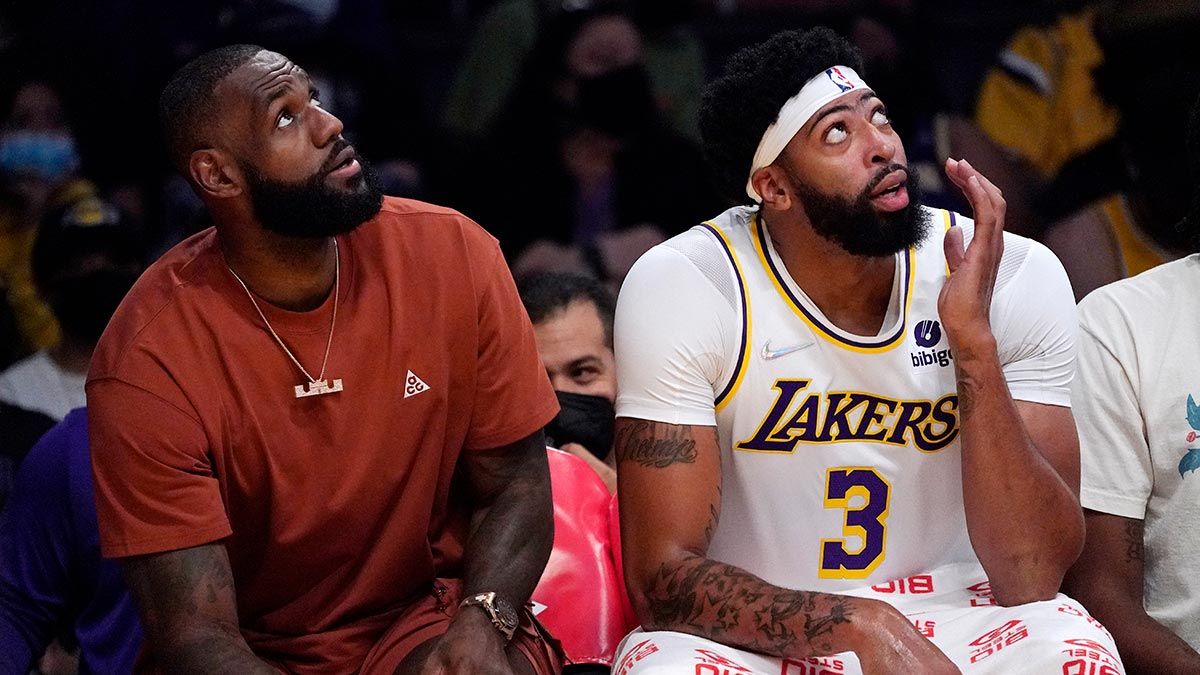 LeBron James sits out as Anthony Davis gets a few minutes of workout against the Nets.

LaMarcus Aldridge started for the Nets after rejoining the team following his retirement last season after experiencing an irregular heartbeat. He scored six points in 15 minutes.

Rookie Cam Thomas led the Nets with 21 points. Bruce Brown added 12 and veteran Paul Millsap, who joined the team in the offseason, had 10 points and 10 rebounds.

Malik Monk scored 15 points in his first game with the Lakers. Brooklyn outscored Los Angeles 39-16 in the fourth quarter.

The collection of names have made both teams among the favorites for the NBA title. They are scheduled to meet again on the same Staples Center floor as the highlight of the Christmas schedule and will be on national TV plenty of times.

Both had disappointing postseasons while battling injuries. The Nets were beaten by eventual champion Milwaukee in the second round with Irving sidelined and Harden still hobbled by a hamstring injury that had cost him a couple games in the series. The Lakers fell in the first round to Phoenix with Davis making it through just five minutes of the clincher after missing all of Game 5 with a groin injury.

That likely factored into Nets coach Steve Nash and the Lakers' Frank Vogel — whose team was playing in the NBA Finals just a year ago at this time — deciding to wait a bit longer to play their top players after training camps only opened Tuesday.

Most teams will begin Monday on a nine-game night.

Nash said after the game he had no update on Irving's status when the Nets return to Brooklyn for practice this week. Players much be vaccinated to play or practice in New York and Irving didn't join his teammates at Barclays Center for media day on Monday before they flew to San Diego for training camp. He appeared by Zoom and asked for privacy when asked about his vaccination status.

Dwight Howard, who played on the Lakers' 2020 champions and has returned to Los Angeles after playing last season for Philadelphia, had an eventful afternoon. He had 11 points, six rebounds, a technical foul and a flagrant foul before fouling out in 13 minutes. He shot a free throw after picking up his sixth foul before referees corrected the error and took the point off the board.