THE NBA’s board of governors was unanimous Friday in its approval of a plan to stiffen potential penalties for tampering with players and employees under contract with other clubs, hoping for increased compliance in existing league rules.

Fines of up to $10 million are now possible in the most egregious situations, along with forfeiture of draft picks, suspensions of executives and voiding of contracts when rule breaking is found — significant enough threats, the league hopes, to end any notion of teams entering into deals with free agents before rules allow.

“We need to ensure that we’re creating a culture of compliance in this league,” NBA Commissioner Adam Silver said after two days of meetings concluded in New York. “Our teams want to know that they’re competing on a level playing field and frankly don’t want to feel disadvantaged if they are adhering to our existing rules.” 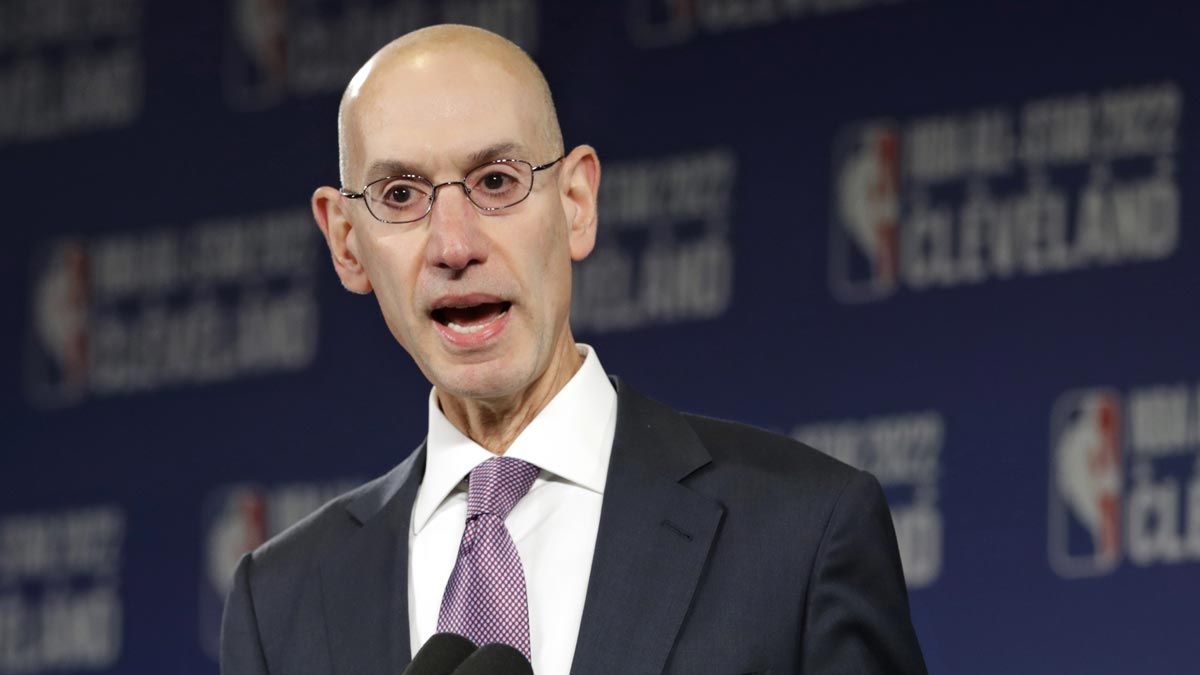 The rules aren’t new, but Silver has been saying for months that it’s pointless for the league to have policies that cannot be enforced. And while the new parameters aren’t foolproof, an important change is that every franchise will have to annually certify that its executives did not to free agents or their representatives before league rules allow.

But for years, the notion of waiting for the start of free agency to talk to available players has been largely ignored. This year, free agency was to officially begin at 6 p.m. Eastern on June 30, and many deals were known to be done within minutes.

“There need to be consequences when rules are violated,” Silver said.

The league told teams last week that fines would be raised in part to reflect the 600% increase in league revenue and the 1,100% increase in franchise value since the maximum-fine ceilings were last touched in 1996.

There are some elements of the new measures that still need to be worked out — specifically, the specifics behind the league’s new mandate that five teams will be randomly selected for investigatory audits to see if there were any rule-compliance issues. The NBA wants teams to keep records of talks with players and agents for a year, and the league has the power to review a team’s electronic communications devices.

The privacy concerns, however, remain a sticking point, Silver said.

“None of us want people looking into their personal communications,” Silver said. “But I think people who operate in a public company environment or operate in a financial world who are used to compliance procedures understand that you have to find a balance between disclosure and privacy so you can ensure that people will understand that there will be consequences for inappropriate behavior.”

In other matters before the Board of Governors:

The issue of James Harden’s stepback jumper — travel or not a travel? — may soon have some clarity.

The NBA is revising rule-book language regarding traveling, and specifically defining a “gather” — plus clarifying how many steps a player may take.

For players receiving a pass or picking up a loose ball, the gather is defined as when control of the ball is gained. Off the dribble, the definition is when a player has two hands on the ball, or brings it to a pause, or otherwise gains control.

The league is expected to release a training video next week, and said correctly calling travels gather will be a point of emphasis this season.

Daily fantasy players and bettors will now know who is expected to play in a certain game a bit earlier than usual.

Teams now must submit starting lineups 30 minutes before the scheduled start time, instead of the previous rule of 10 minutes.

Lineups can still change after the 30-minute mark, which gives teams flexibility if an injury occurs or is aggravated during warm-ups.

Silver said there have been discussions about changing the dates of free agency, though noted that any change would have to be collectively bargained with the players. The Houston Rockets suggested last season that it would be a good idea to move free agency ahead of the NBA draft. “My sense is those conversations will continue,” Silver said of the notion of changing the free-agency calendar. “I don’t have any expectation that anything is going to happen in the near term.”