Season over, and the NBA draft is fast-approaching

DETROIT, you are on the clock.

The NBA offseason — if you can call it that — is here. The Milwaukee Bucks officially flipped the league calendar to summer on Tuesday night (Wednesday, Manila time), capturing their first title in 50 years and turning out the lights on a season that navigated its way through a pandemic to crown a new champion.

There isn't much of a break, of course.

The NBA draft, with the Pistons holding the No. 1 pick and presumably the chance to choose Oklahoma State's Cade Cunningham, is fast-approaching on July 29. Free agency starts in less than two weeks, on Aug. 2. Most new contracts can be signed starting Aug. 6, and summer league opens two days after that.

"We made it. We crowned a champion," NBA Commissioner Adam Silver said during the trophy ceremony in Milwaukee on Tuesday night. "I have to say playing through a pandemic required enormous resilience from all 30 teams. Thank you to every team and every player in the league for a tremendous season."

And now, it's already next season.

The good news is there's a sense of normalcy, even amid a pandemic, and the NBA plans to continue along that path. Training camps will begin in late September, as is the new normal. Preseason games are back in early October, and the league's 76th season — even though it'll be celebrating its 75th anniversary all year long — starts Oct. 19.

That's not even three months away.

The pandemic was the storyline of the entire season — obviously, since it has been the storyline across the entire planet — and no one in the NBA expects that next season will be able to start without the continued threat of COVID-19. Protocols will remain in place; how many and how strict will depend on the virus and what's happening in the world in a few months.

"I think the players have a better understanding of sort of what we're up against in trying to run this business and I think we have a better understanding of the players and what it's like to travel the amount they do and to the stresses they're under, the emotional and physical burdens they're under by competing at this level," Silver said at the start of the finals. "And hopefully we can continue to build on that."

Some issues to watch over the coming days and weeks:

Players missing time with injuries was a major issue this season and the offseason already has seen more news on that front.

Kawhi Leonard of the Los Angeles Clippers just had surgery to repair a partially torn ACL; injuries to that ligament, unfortunately, aren't rare in basketball, but partial tears are not exactly common. The Clippers haven't said how long they think he'll be sidelined. ACL reconstruction tends to cost players several months, and that means the start of Leonard's season is in obvious doubt. 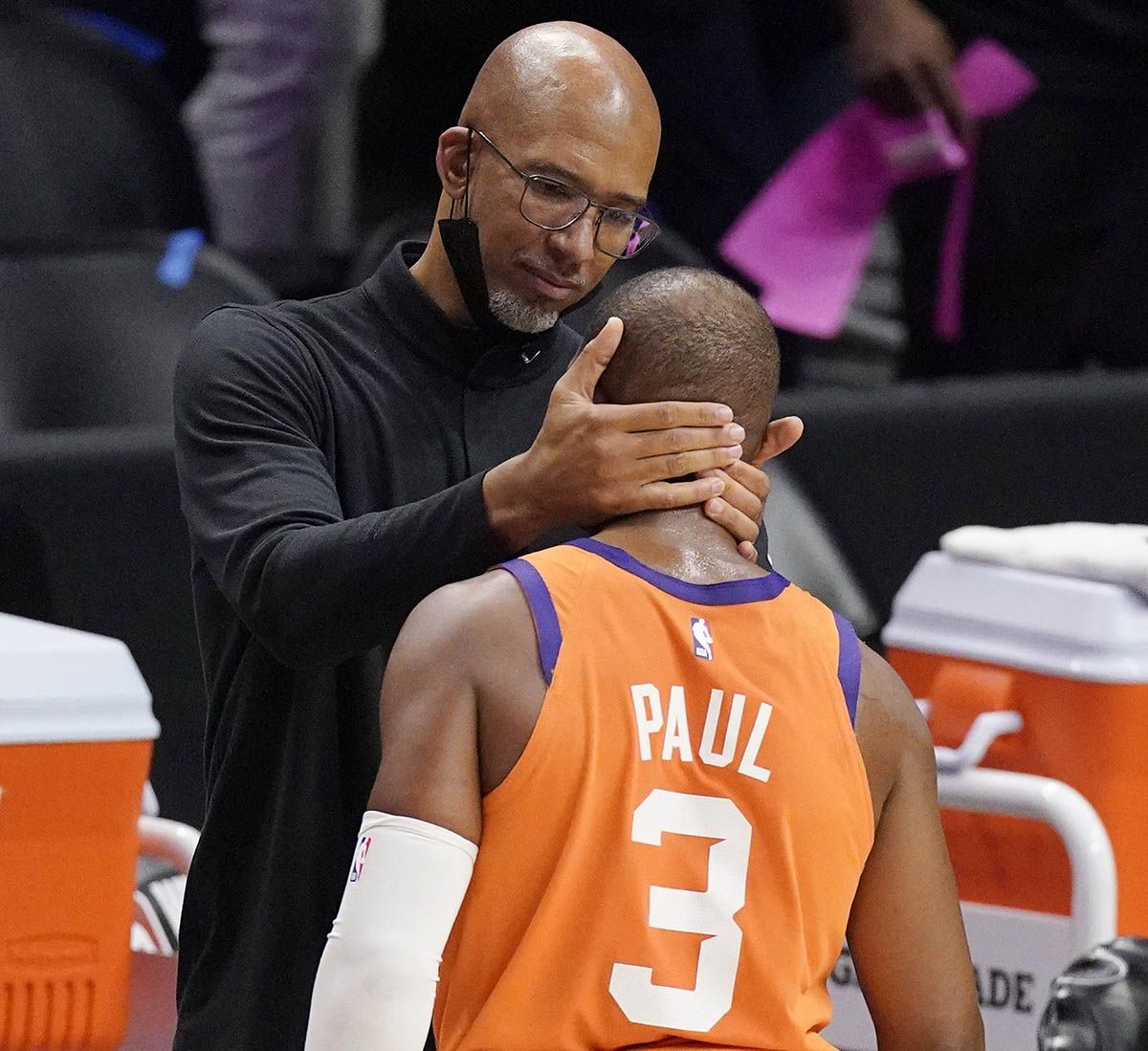 Chris Paul helped Phoenix get to the NBA Finals and now has a decision to make about his $44 million option for next season. He could opt-in and stay, or opt-out — and quite possibly still stay, if he and the Suns work out a new deal.

There will be plenty of seasoned veterans on the market, including Kyle Lowry and Mike Conley. Leonard could be a free agent as well, if so inclined.

An interesting situation to watch will be Victor Oladipo, most recently of Miami and someone who would like to remain with the Heat. He's coming off another leg surgery and may not be ready to start next season, which could certainly affect his number of suitors — and how much they will be willing to offer him.

Detroit picks first, followed by Houston, Cleveland and Toronto. Orlando has two picks in the top eight and Oklahoma City has three picks in the first 18 — the start of the massive haul of draft capital that the Thunder have acquired in recent years.

Assistant coaches have been hired in some places and the staff shuffling will continue in many NBA cities over the next few weeks. The draft, free agency and summer league will provide the first hints on how the teams with new coaches will change their respective franchise's approach this coming season.

The inability for teams to cross the U.S.-Canada border during the pandemic meant the Raptors couldn't get in or out of their home for games, so this season was spent with them displaced in Tampa, Florida. And while the Raptors spoke highly of Tampa, they don't want to be back there.

There are good signs in that regard — among them, the Toronto Blue Jays will be playing their home games in Canada again starting July 30 — but there has been no official announcement yet from the league that NBA teams will be able to cross the border this fall.