THE NBA on Sunday (Monday, Manila time) postponed a total of five games involving nine teams in response to rising coronavirus numbers, raising the number of contests that have been pushed back this season to seven.

Called off were three Sunday games: Cleveland at Atlanta, Denver at Brooklyn, and New Orleans at Philadelphia. Also shelved were Orlando's game at Toronto on Monday and Washington's game at Brooklyn on Tuesday.

The postponements came on the same day that Atlanta announced star guard Trae Young entered the league's health and safety protocols and the Los Angeles Lakers said coach Frank Vogel also was added to the list.

Leaguewide, through Sunday afternoon, there were at least 68 players who have either been ruled out to play — or in the case of the postponed games, would have been ruled out — because they are in the protocols. That number has soared in recent days, with the NBA just one of many sports leagues worldwide dealing with a rapidly worsening issue.

US officials are expecting a wave of breakthrough infections among the vaccinated given the surge of holiday travelers and gatherings expected in the coming days. The NBA has said 97% of players are fully vaccinated and somewhere around 60% had received boosters as of last week. It was not clear how many of the current positive cases involve those who are ineligible for a booster shot or those who have chosen not to receive one.

Also not clear is how many of the NBA cases involve asymptomatic players. The NFL has revised its protocols so that only unvaccinated players and those experiencing possible symptoms of COVID-19 will be tested. The NHL has five teams shut down through Christmas because of outbreaks, and numerous college games at all levels have been canceled in recent days.

"It is what it is. Just trying to stay safe as possible and that's all you can do," Lakers guard Russell Westbrook said of the NBA's rising numbers. Westbrook was briefly in the protocols late last week, before returning at least three negative coronavirus tests and being cleared to return to play without missing a game.

The league and the National Basketball Players Association have been discussing a plan in which teams in desperate need of players would be able to sign reinforcements to 10-day contracts but without those deals impacting salary cap and luxury tax figures. That deal has not yet been finalized, though talks are continuing. 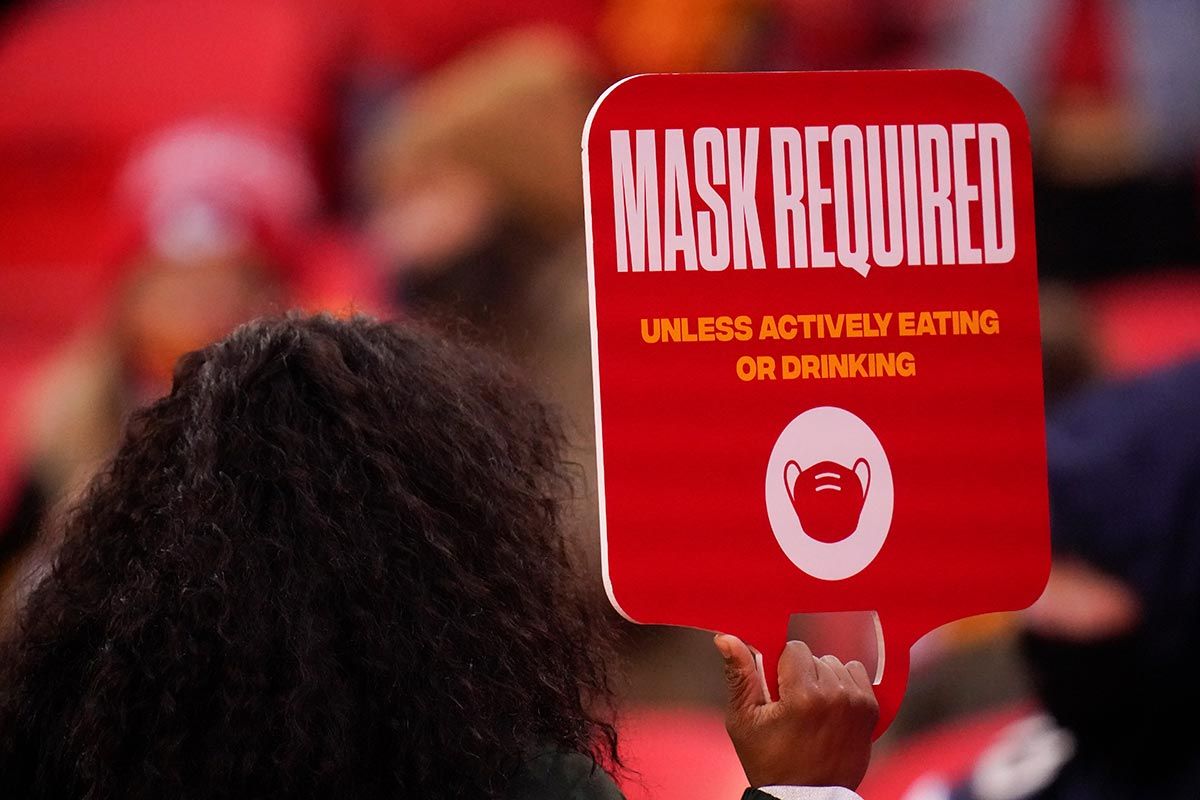 The Cavaliers had five players enter the protocols on Sunday, the team said. All five — center Jarrett Allen, forwards Lamar Stevens and Dylan Windler and guards Denzel Valentine and RJ Nembhard — tested positive for COVID-19, according to a person who spoke to The Associated Press on condition of anonymity because the team did not release that specific detail.

They joined Isaac Okoro and Evan Mobley, who entered the protocols previously.

Vogel won't be on the bench when his Lakers play Sunday at Chicago. David Fizdale will coach in Vogel's place, the Lakers said. The Bulls are returning to the court after having two games postponed last week.

Chicago still doesn't have all of its players back yet, either. Among those listed as out Sunday and still in protocols is Olympic gold medalist Zach LaVine.

Through Saturday's games, those were the only games the NBA had pushed back during this outbreak. But on Sunday, the league added significantly to the list of postponements, with teams simply not having enough players to compete.

Brooklyn alone has 10 players, plus some staff, in the protocols.

Brooklyn's list of players in protocols includes Kevin Durant, James Harden and — even though he's still not yet able to play — Kyrie Irving, who has sat out all season for not complying with New York City's vaccine mandate. The team reversed course Friday and said Irving would be welcomed back "for games and practices in which he is eligible to participate," knowing he'd still miss two games at the Knicks and trips to Toronto and Golden State.

The Nets had eight available players for Saturday night's game against Orlando. The Magic had nine, including four players — Aleem Ford, Hassani Gravett, B.J. Johnson and Admiral Schofield — who were signed late last week to hardship contracts because of virus issues and injuries decimating Orlando's roster.

Here's how necessary they were: Magic coach Jamahl Mosley had all four on the court together in two separate stretches of Orlando's win.