WITH four games called off this week already and more teams dealing with virus-related issues, the NBA and the National Basketball Players Association enacted additional rules Tuesday (Wednesday, Manila time) in the hope of keeping the season going safely.

For “at least the next two weeks,” the league and union said, players and team staff will have to remain at their residence when in their home markets and are prohibited from leaving their hotels when on the road — with exceptions primarily for practices and games.

“I’m all for anything we possibly can do to ramp up the safety,” said Miami coach Erik Spoelstra, whose team had the NBA-minimum eight players in Philadelphia on Tuesday night, mising eight for COVID-related reasons and another with injury. “Just because we want to proceed with our profession doesn’t mean that there isn’t a reality of what’s going on in the world. The virus is still very much out there.”

Orlando’s game in Boston on Wednesday is off, the fourth postponement since Sunday and the third involving the Celtics. Boston’s most recent list showed eight players as unavailable because they are adhering to the NBA’s health and safety protocols, which means they either tested positive or contact-tracing data showed they may have been exposed to someone who is positive.

“I’m for whatever the NBA wants us to do,” Washington coach Scott Brooks said. 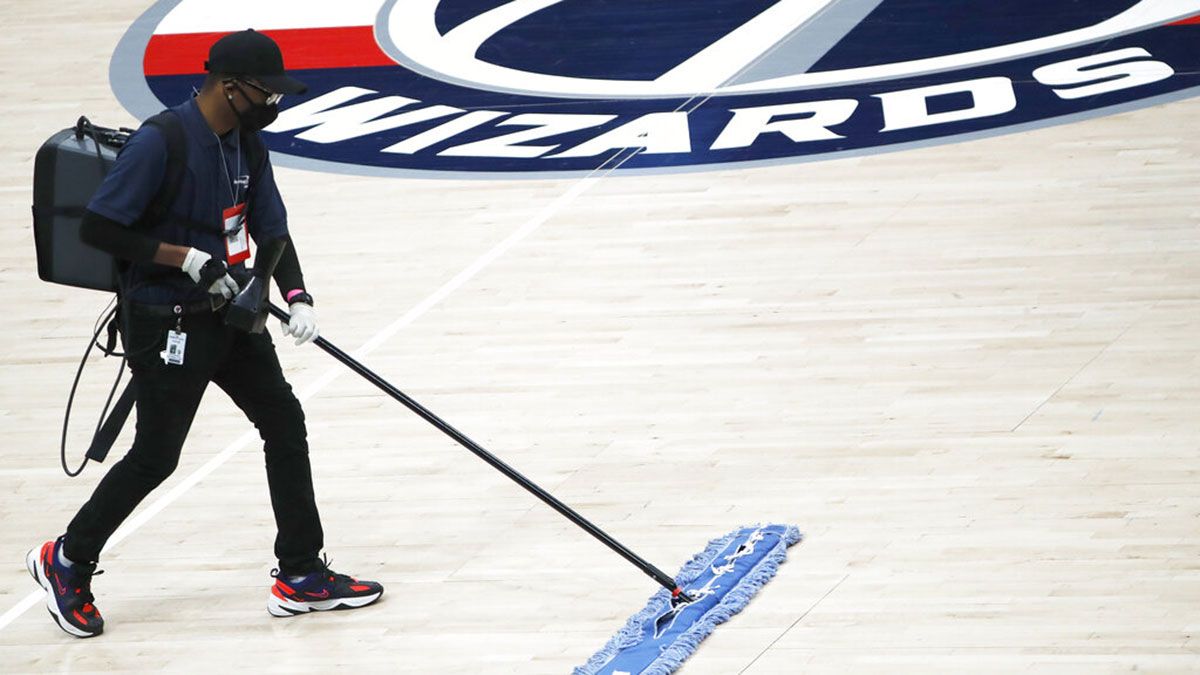 All that is permitted in home markets, for now, is “to attend team-related activities at the team facility or arena, exercise outside, or perform essential activities,” the league and union said. On the road, team activities and emergencies are the only allowable reasons for leaving hotels.

NBPA executive director Michele Roberts said “it would be irresponsible and unacceptable” to not seek better ways to keep players safe.

“No one wants to see more restrictions imposed,” Roberts said. “No one also wants to see the infection rate increase if there are steps we can take to mitigate the risk. Our experts have concluded that these new procedures will add to our arsenal of weapons against the virus.”

The new rules add to a challenging time in the NBA, especially when dealing with the mental strain of playing in a COVID-19 world. And the flurry of virus-related issues in the last few days have only made matters tougher.

“I feel like I’m living my life in a box,” Portland guard Damian Lillard said. “I go to practice, I go back home, I don’t go anywhere else.”

When teams started testing in late November prior to the start of training camps, 48 players had positive COVID-19 tests. In the last four weeks, the league has seen a total of seven players test positive, part of the reason why the NBA and its governors have not seen reason to pause the season.

Additional actions taken Tuesday include a new rule prohibiting any pregame meetings in locker rooms from lasting more than 10 minutes, and when those meetings take place everyone involved must wear a mask. Meetings in larger areas, such as courts, must take place with adherence to social distancing and with masks.

Players now have to limit pre-game and in-game interactions with fellow players to elbow or fist bumps, with no extended socializing. And when a player is subbed out of a game, he can sit in a “cool down chair” without a mask — but must put a mask on when he returns to the bench and sits in his assigned seat.

The Wizards said Tuesday that two of their players are now dealing with the league’s protocols; that raised the number of players leaguewide who have addressed some sort of virus-related issue in the past week to at least 36, based on information released by teams. Most of those are believed to be related to contact tracing, not positive tests.

Contact tracing within the NBA has gotten more high-tech in recent days, with a requirement that everyone wear an electronic device that tracks proximity to one another. The data from those devices is part of the determination whether a player needs to quarantine because of possible exposure.

“I think the thing that we’re all trying to figure out is when somebody does test positive, the contact tracing, how does that work?” Chicago coach Billy Donovan said.

Boston’s game in Chicago on Tuesday was called off because of virus concerns, as was the Dallas-New Orleans game on Monday and the Heat-Celtics matchup in Boston on Sunday. Dallas flew to Charlotte on Tuesday, indicating their Wednesday game is on as scheduled.

AP Sports Writers Dave Campbell in Minneapolis and Jay Cohen in Chicago contributed to this report.
___