THE NBA said Thursday (Friday, Manila time) that the rate of players needing to miss games because of injuries is down from last season, and within the normal range for what the league has seen over the last five seasons.

League data shows the player injury rate this season is down about 6%, even though several marquee players — including LeBron James, Anthony Davis, Kevin Durant, Joel Embiid, James Harden and most recently Jamal Murray — have dealt with injuries in recent weeks.

Murray tore the ACL in his left knee this week. The standout Denver guard will be out for the rest of this season and quite possibly a significant portion of next season.

"Injuries are incredibly unfortunate," said NBA senior vice president David Weiss, who helps oversee all the health and safety efforts for the league. "We hate to see them. They've always been a part of the game, and how we're seeing them this year is not that different from how we've seen them in recent seasons: lower than some, higher than others." 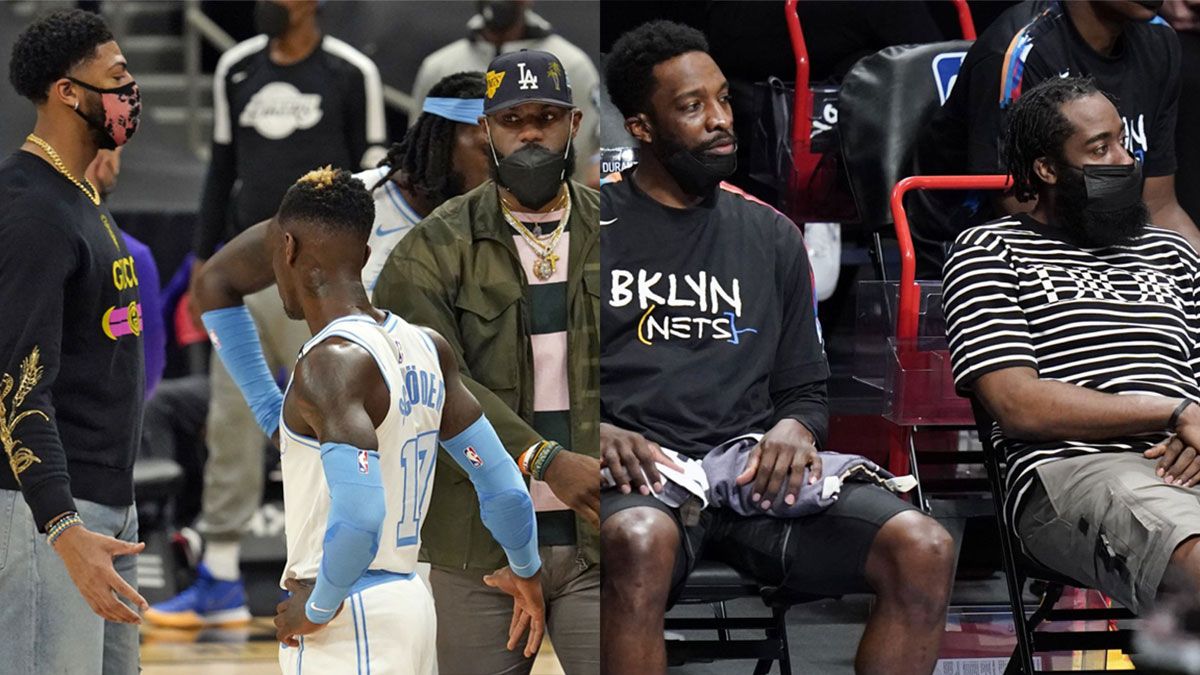 Murray's injury raised the question of how this year's schedule — with teams playing 3.6 games per week, up 5% from last year — could have increased the risk factor for players. The NBA data doesn't support the notion of blaming the schedule, which this year compressed 72 games into 146 days, as opposed to the usual 82 games into 177 days. The schedule further tightened for many teams because of coronavirus-related issues and reschedulings.

"You can see the fatigue on our players," Denver coach Michael Malone said this week. "You can see it on their bodies, in their body language."

The Nuggets were at the end of a five-games-in-seven-days stretch when Murray got hurt. Murray did not play in the first four games because of soreness in his right knee, not the one he injured late in Monday's game at Golden State. That game was Murray's first in eight days.

Murray suffered the fourth known ACL tear in the NBA this season, the others happening to Brooklyn's Spencer Dinwiddle, Washington's Thomas Bryant and Orlando's Markelle Fultz. Dinwiddie got hurt in the Nets' third game of the season, Fultz in Orlando's eighth and Bryant in the Wizards' 10th.

The four ACL tears this season matches the average from the last 10 years, the NBA said, based on the data it keeps.

"Too many players getting hurt with this shortened season ... need to not do this one again," Josh Hart of the New Orleans Pelicans tweeted early Tuesday. Hart has been sidelined after surgery to repair a damaged thumb ligament.

The NBA and the National Basketball Players Association worked together on the parameters for this season's schedule, which includes not just fewer games but also fewer flights and fewer one-game road trips. There have been some major drawbacks schedule-wise because of the health and safety rules put in place to get through a pandemic season, including many instances of players getting to a hotel at 2 a.m. or later and having to wake up by 9 a.m. to get a COVID-19 test.

Many teams have abandoned game-day morning shootarounds in favor of more rest, and practice time has been extremely limited.

"There are some quirks and some differences," said Evan Wasch, the NBA's executive vice president overseeing basketball strategy and analytics. "Some slight increases in density relative to the past few years, but nothing that's out of line with our history and nothing that we thought was particularly concerning from a health and safety standpoint."

It's impossible to know how much fatigue played a role in the NBA's injuries this season; some would say it does, some would say it's luck of the draw. James was sidelined by a high ankle sprain that happened when he collided with Atlanta's Solomon Hill. Dinwiddie, Bryant and Fultz were all hurt very early in the year. Charlotte's LaMelo Ball and Golden State's James Wiseman both may have seen their rookie seasons end after getting hurt in hard falls that led to acute injuries.

And — with a month remaining in the regular season — there are still 43 players in the league who have missed no more than one game this season, almost double the number of players who did last season. There are also some teams that saw their first-half schedules decimated by coronavirus issues that are now playing catchup, like San Antonio, which entered Thursday tied with Memphis for the most games left this season, at 19.

"It's tough," Spurs forward Rudy Gay said. "It's been a tough season, not just for me, but for everybody. It's been a lot of traveling, a lot of moving, a lot of games, a lot of consecutive games. I'm not going to sit here and complain because nobody else is. Nobody else cares. We want to push through and get as many wins as we can the rest of the season."