DANIELLE Scott decided to join the family business. She’s taken it to a new level.

That’s the most the NBA has ever had on staff at one time, and Scott said she hopes the notion of female referees in the league no longer seems unusual.

“I think that they’ve accepted us at this point,” Scott said. “So, I think if we’re not there, we’re very, very close to being there.”

Scott spent four seasons working in the G League before her promotion; the two other full-time hires announced Monday, John Conley and Brandon Schwab, also are moving up from the G League. They all worked between 20 and 26 games as non-staff referees last season. 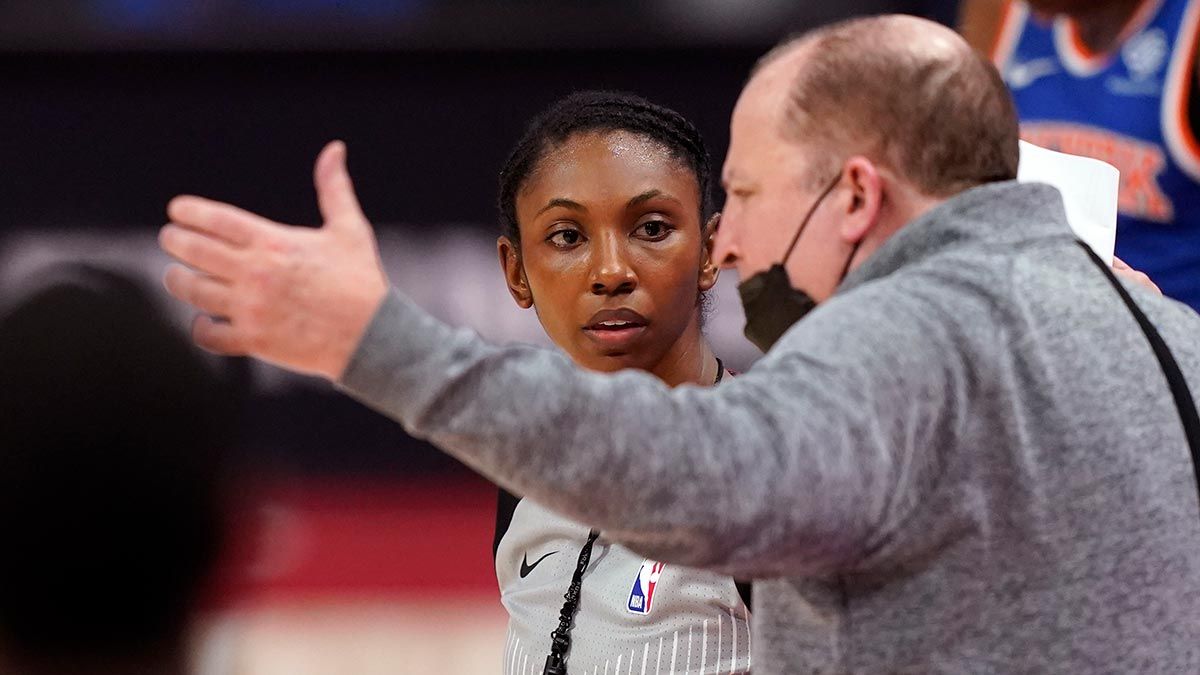 Danielle Scott spent four seasons working in the G League before her promotion.

Conley was in the G League for seven seasons, Schwab for five and, like Scott, they also worked WNBA games this season.

And Scott, who is Black, has already seen the impact she can have.

She was working a G League game in California when a man approached her at halftime and asked her to take a postgame photo with his three daughters. The young Black girls were overjoyed when she obliged.

“Representation matters,” Scott said. “I took the picture with them and they just were asking me all these questions, so it was really rewarding. Sometimes with the job, the stress, the day to day, you don’t realize the impact that you have. And just that moment, it was really awesome for me and it made me realize, ‘Wow, people are looking at me.’”