ANOTHER G League referee was called up by the NBA to work a game on Saturday (Sunday, Manlia time) and another head coach entered the league's health and safety protocols, on a day where the number of players on the list dropped considerably.

Ref Sha'Rae Mitchell was assigned the San Antonio-Detroit game. She becomes the fourth G League referee called up in a span of two days — three others worked games on Friday — and is now the 15th woman in league history picked to work a regular-season game.

But there were signs that the league may be starting a return to normalcy. By Saturday evening, the number of players in the protocols had dropped back below the 100 mark after rising to around 125 earlier in the week.

A significant number of head coaches, however, remain unable to be at games: Atlanta's Nate McMillan went into the protocols on Saturday, the eighth head coach currently on that list and the 11th to deal with a virus-related issue already this season.

Los Angeles Lakers coach Frank Vogel rejoined his team Friday after a six-game absence and said it was a strain both mentally and physically.

"It's something I really never want to do again," Vogel said.

The Hawks took six of what had been their league-high 12 players in protocols off the list Saturday, including Kevin Huerter and Danilo Gallinari.

Among the big names coming off the list Saturday: Dallas' Luka Doncic, who hasn't played since Dec. 10 — a 10-game absence so far, five with ankle issues and the last five after being put into the protocols.

Doncic is in line now to return Sunday against Oklahoma City. The Thunder placed their leading scorer, Shai Gilgeous-Alexander, on the protocols list Saturday. 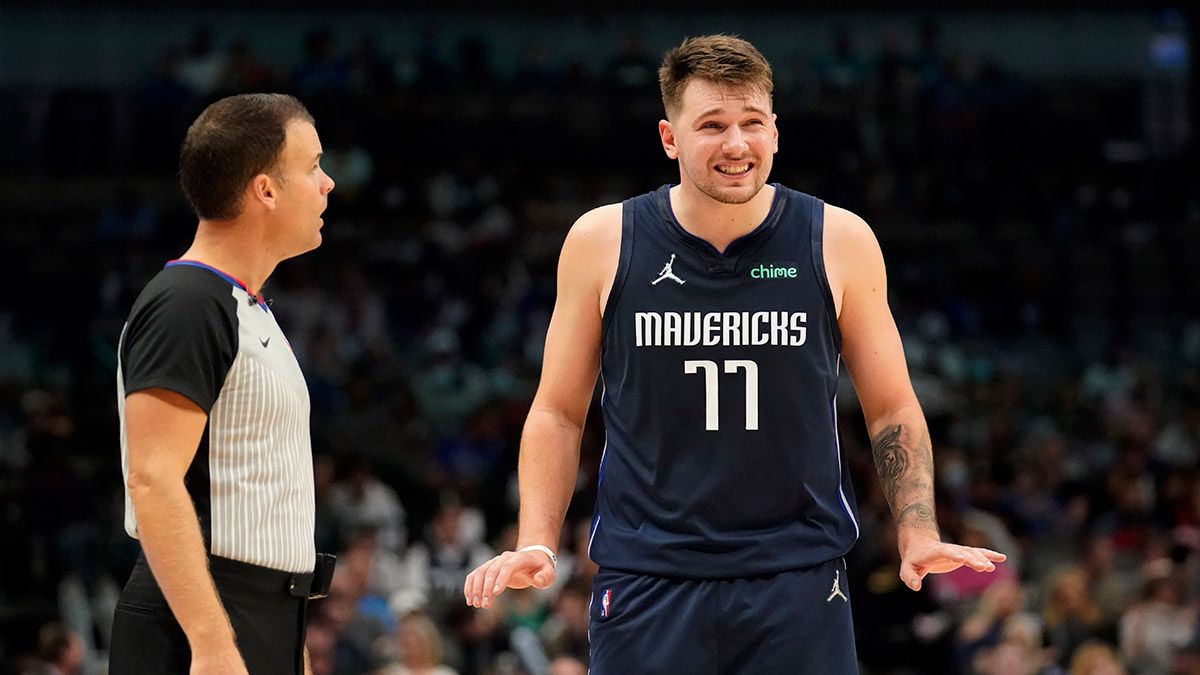 Luka Doncic is expected to be cleared to play.

The NBA has changed its protocols at least twice in recent days after data suggested it could safely shorten the return-to-play plans for those who test positive for the virus, provided that the players are asymptomatic and return multiple test results that meet the league's standards for showing they are no longer contagious.

And it's likely no coincidence that players are now out of the protocols a bit earlier than teams originally anticipated.

"This landscape has been changing pretty consistently for the last two years," Miami coach Erik Spoelstra said of the league's latest changes to the protocols and the prospects of getting players back more quickly. "In the last month or so, you're just seeing more and more vaccinated, boosted players who are asymptomatic who are sitting out an inordinate amount of time. I think this is a good solution now. It's a good step forward."

Mitchell has worked in the G League since 2018. Her call-up came as the NBA's referee corps continues dealing with several officials who have either virus-related issues or injuries. So the refs, like most teams, have looked to the G League for help.

Largely because of G League callups, NBA teams saw 544 players get into at least one game in December alone, the most for any month — and any previous season — in league history. The single-season mark entering this year was 540, set last season; the NBA's total this season entering Saturday was 567.