THE most-awaited sports video game in the country hit the shelves on October 9 and, judging from the positive reviews the game has been reaping from users of the next-generation consoles (Xbox One and the PlayStation 4), Visual Concepts’ NBA 2K15 remains the undisputed ruler of cyber hoops.

There are the usual hiccups, particularly server issues plaguing the on-line mode, but the game is just heaven for those preferring the off-line mode. Since its inception in 1999, the people behind the NBA 2K series have always been burning the midnight oil to perfect the game. This year’s edition of the game shows that they have not been sleeping on the job.

Using the PlayStation 4 version of the game, the first thing you would notice is that the game is packed with features. Last year’s edition was a launch game for the PlayStation 4 and while the graphics blew everyone away, not a few frowned at the lack of features. NBA 2K15 came in full force this year, featuring upgraded My Career, My GM, and My Park segments, and the new My League mode (actually a resurrection of the Association mode). If you have a PlayStation 4 camera, you can also use the new face-scan application to digitally map your face on to your My Player. If you get the scan right, you will end up using a player that looks almost like you. 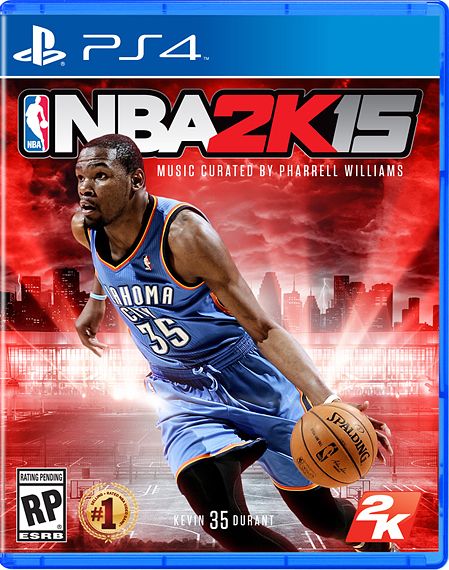 Graphics-wise, the game is basically the same as last year’s version, with some minor retouches and additional animations. The players’ introduction will leave you in awe and, at halftime, the cheerleaders are back for their usual dance routine. The faces of the coaches have been noticeably retouched to match their real-life counterparts. The skin tones of the players have been improved and you can readily notice it when you look at players like Miami’s Luol Deng or Chicago’s Derrick Rose. Oh, as the game wears on, noticeable sweat starts appearing on the players’ faces. When new-look Miami center Josh McRoberts hits the court, you will notice that his hair sways, too. As every game requires some loading time, NBA 2K15 now features a pre-game segment where the tandem of Ernie Johnson and Shaquille O’Neal provide witty pre-game analyses.

Running at a smooth 60 frames per second, the gameplay is absolutely seamless. For those new to the game, NBA 2K15 introduces the shot meter that appears just underneath the player’s feet. Using colors, the shot meter guides a gamer in determining the player’s best spot on the floor and assists him in timing the release of the player’s shot. The shot meter is helpful for players like Cleveland’s Shawn Marion and Chicago’s Pau Gasol who have very awkward shooting strokes. Kobe Bryant releases his shot right at the tip of his jump, and the shot meter is there to guide the gamer in timing Bryant’s release. Then again, if you are already familiar with the game and the players’ shooting strokes, you may want to turn off the feature because being too conscious of the shot meter may end up affecting your focus.

Stealing the ball is no longer easy, thanks to the improved AI (Artificial Intelligence) of the players. The players are slimmer and no longer crowd the entire court. Play as the San Antonio Spurs and you will notice that the players move around the court like their real counterparts. The ball also no longer bounces strangely like in last year’s version. The referees are strict and will not hesitate to make travelling calls when you make that extra step. Call a timeout when you do not have any left and your team will be slapped a technical foul. This can be crucial when the game is on the line. On the other hand, if you play sloppy ball and find your team trailing big time in the fourth quarter, you start seeing empty seats in the arena.

The audio is arguably the best in any sports video game. The sound effect of the ball bouncing off the rim when you miss a shot or hit home a thundering dunk has been improved and the color commentary is spot on. However, one might find it a bit odd to hear Steve Kerr doing commentary when he is also on the floor as the new coach of the Golden State Warriors.

Overall, NBA 2K15 makes for another great cyber hoops experience that will carry gamers though the 2014-2015 season. There is really nothing much to fix in the game and Visual Concepts simply added to a very strong foundation.