Devin Vassell and Derrick White each had 17 points for the Spurs, who snapped a four-game losing streak.

Jaylen Brown led Boston with 30 points after scoring a career-high 50 in a victory over Orlando in the Celtics' last game but had a driving layup roll off the rim just before the buzzer sounded.

"I smoked the layup," Brown said. "I had a good steal, was going against the clock. I just blew the layup. ... It's a tough loss. What can you say? We've got another game (Thursday)."

Murray was in front of Brown as he drove the lane for the attempted tying basket.

"I think just staying solid, coming back with some of my teammates coming to help," said Murray. "You're trying not to foul. Made it tough for him, a lot of hands."

Murray, the team's scoring leader, returned from COVID-19 protocols after being sidelined the last five games and played 33 minutes.

Boston's Jayson Tatum also returned after missing four games while he was in the league's health and safety protocols and scored 19 points on 6-of-20 shooting. Marcus Smart chipped in with 14 points and six assists.

Tatum said it was his second time catching COVID-19.

The Spurs led 95-89 with just over three minutes left before Boston sliced it to two points.

The Celtics then had a 24-second violation and Brown was called for an offensive foul on the next possession with 1:53 to go.

The Spurs held a 99-97 edge when Smart missed a one-handed floater in the lane with about 20 seconds to play.

Brown stole an inbound pass and drove while being contested, but his shot rolled off the rim.

Popovich downplayed the achievement before the game when asked if the milestone meant anything to him.

"No, it means I'm old, been at the same place for a long time, worked with a lot of great players, blah, blah, blah," the 72-year-old said.

Neither team held more than a two-possession lead the entire game.

The Spurs were just 1-4 while Murray was sidelined. He clamped down on Tatum while they were matched up Wednesday. 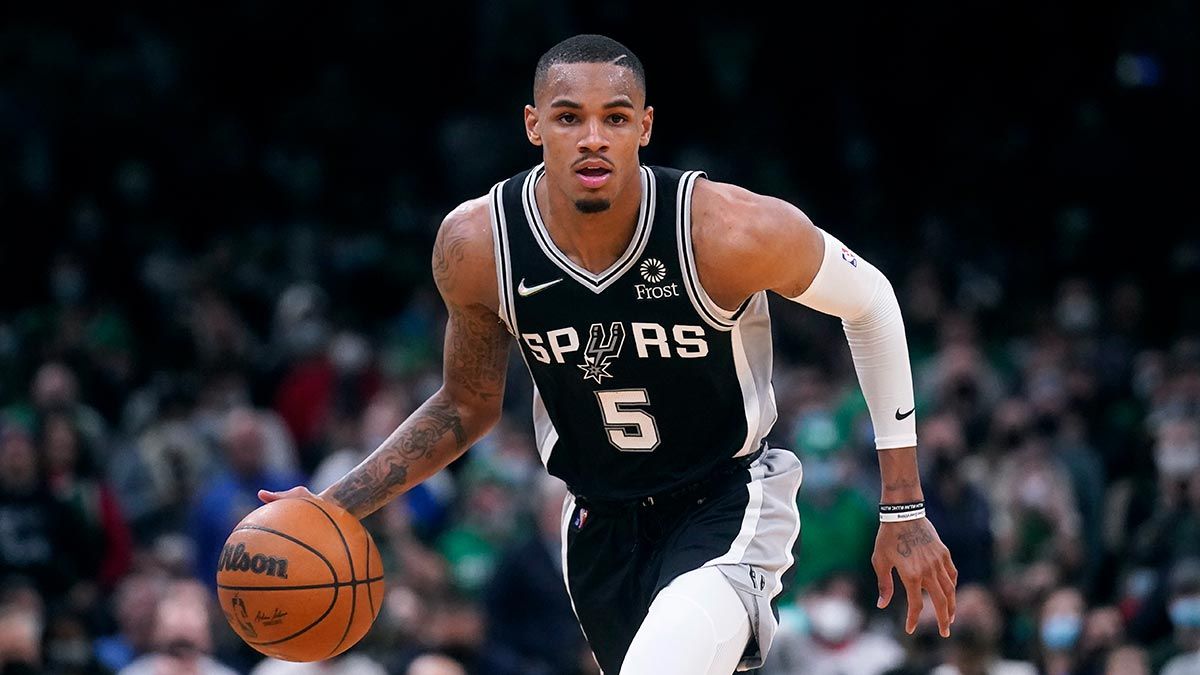 With Murray back in the lineup, the Spurs regained their leader also in rebounding, assists and steals, but Popovich said he would bring him along slowly after he was sidelined for 10 days.

"We don't win without Dejounte tonight," Popovich said. "We need him to win basketball games. Having him back was a big plus for the team, obviously."

The Celtics had a video montage of Sam Jones' highlights on the jumbotron during the first timeout. Jones, a 10-time champion with Boston, passed away on Dec. 30. He was 88.

They also recognized the U.S. Olympic men's basketball team that captured gold in Tokyo last summer — which included Tatum and Popovich — with a video and message midway into the opening quarter,

Spurs: At Philadelphia on Friday night.

Celtics: At the Knicks on Thursday night in the first of back-to-back games against them. New York is in Boston on Saturday.