Murray had 27 points, 10 rebounds and eight steals, DeMar DeRozan had 21 points and 10 assists, and the Spurs beat the Warriors, 105-100, on Monday night (Tuesday, Manila time).

Murray hit a contested, step-back, 23-footer in the right corner with 12.6 seconds remaining that gave the Spurs a 101-97 lead. Warriors sharpshooter Stephen Curry could only shake his head and mocked kicking the ball following Murray's shot.

Murray finished 2 for 5 on 3-pointers.

"I love (Spurs assistant coach) Chip Engelland to death," Murray said. "We do stuff like that. A lot of people might say, 'Ah, it was luck, whatever.' But we (practice) game winners." 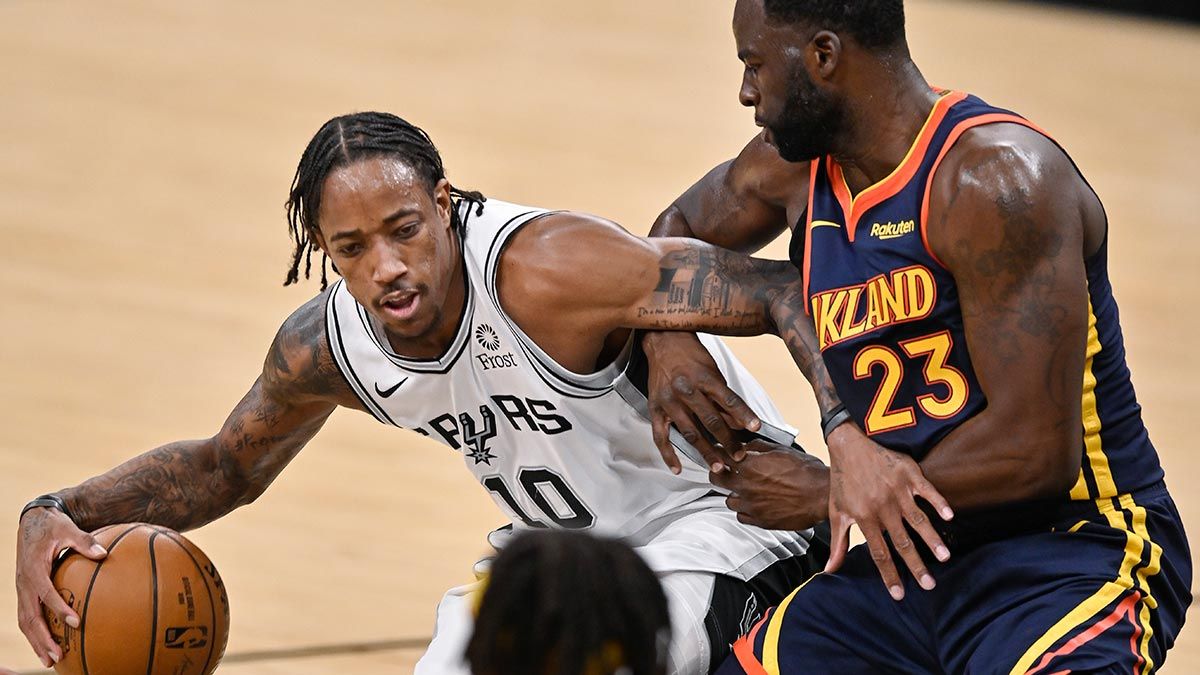 Curry responded after a timeout with his own fall-away 3-pointer, but DeRozan closed out the game by making four straight free throws.

Curry had 32 points and Kelly Oubre Jr. added 24 points for the Golden State, which was without injured centers James Wiseman and Kevon Looney.

"It was an up-and-down game," Oubre said. "They made some changes. I feel we didn't adjust to those changes very well."

The teams will meet again Tuesday night in San Antonio.

The Spurs trailed by as many as 14 points in the first half before rallying. Curry made three early 3-pointers and finished 6 of 11 on 3s. Mychal Mulder's 3-pointer gave the Warriors a 45-31 lead with 8:25 remaining in the first half.

"Nobody hung their head," San Antonio coach Gregg Popovich said. "We competed all night long and found a way at the end." 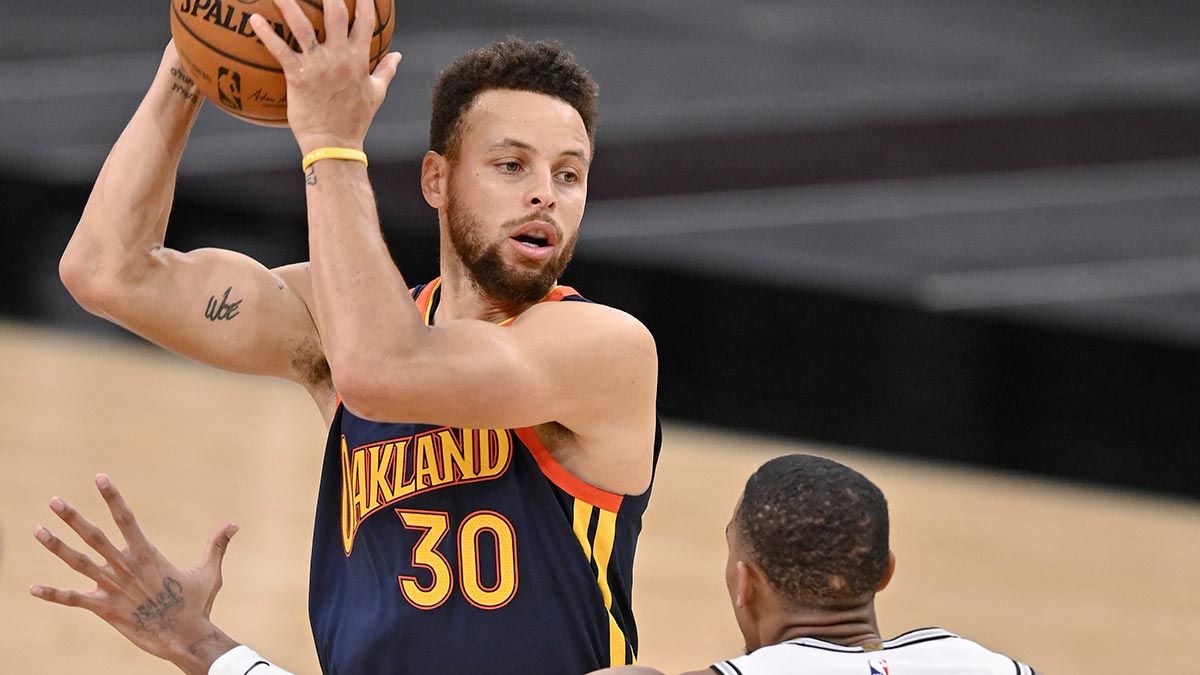 Murray equaled his season high for a game with five steals in the first half. His eight steals are the most in a game in the league this season.

"He has the ability to do that on an even more consistent basis," Popovich said. "He wants to be pushed and we are pushing him. So his aggressiveness tonight was great."

Murray intercepted a long outlet for his sixth steal, which led to DeRozan's 3-pointer that pared the Spurs' deficit to 64-63 with 9:29 remaining in the third. San Antonio captured its first lead a minute later at 65-64 on Jakob Poeltl's layup.

"DJ, I think the thing I'm most impressed with is his leadership qualities," Poeltl said. "He's really stepped it up."

The Warriors closed the third quarter on a 10-6 run, scoring all five of their baskets on layups, dunks or short jumpers. The Spurs responded with a 10-2 run to open the fourth capped by Patty Mills' 3-pointer for an 88-82 lead with 8:35 remaining. 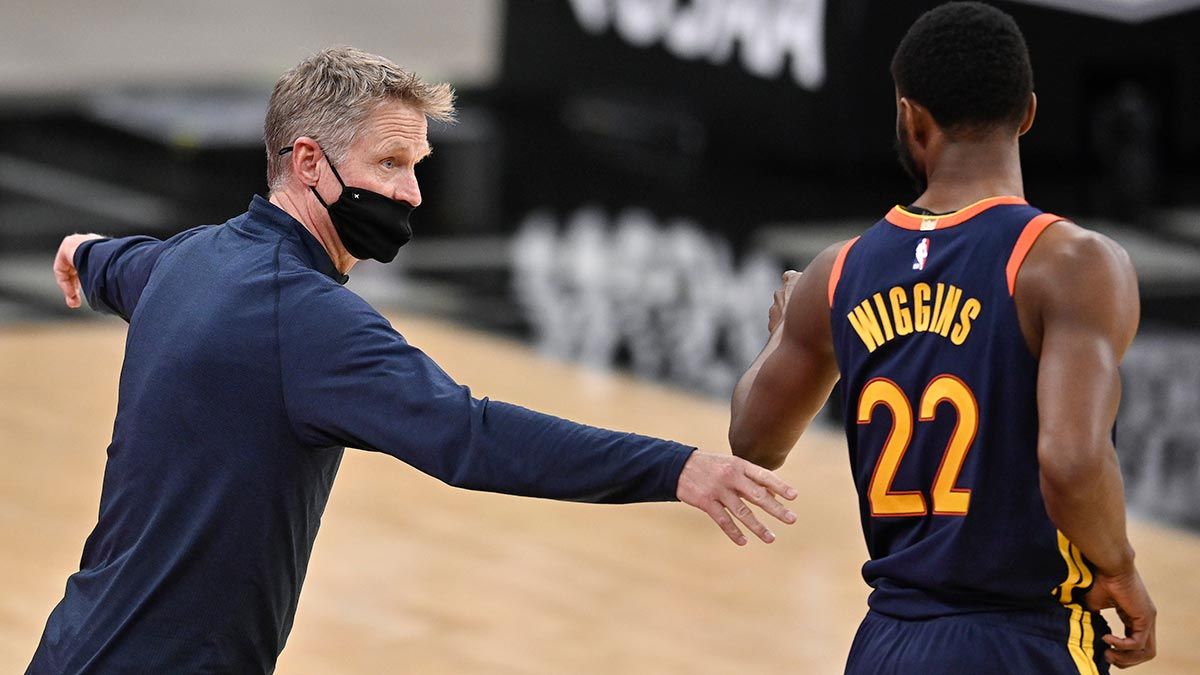 Warriors: Wiseman missed his fourth straight game with a sprained left wrist. The rookie suffered the injury Jan. 30 against Detroit. ... Klay Thompson, who is expected to miss the season following right Achilles tendon surgery, was in attendance. Thompson wore a boot as he sat on the second row of the Warriors' bench.

Spurs: The Spurs are targeting a return by fans for late February or early March following the city's annual Stock Show & Rodeo, according to an email sent to season ticket holders last week. The Spurs invited family members as well as full-time staff members to attend Monday's game as part of a test run for whenever fans can return. ... DeRozan collected his 1,000th assist with the Spurs, making him the only player in franchise history with 3,000 points and 1,000 assists in less than 200 games for San Antonio. ... The Spurs improved to 3-7 this season when trailing at halftime. The Warriors led 59-54 at the break.

After the teams close out their back-to-back, the Warriors host Orlando on Thursday and the Spurs play at Atlanta on Friday.