SALT LAKE CITY — Donovan Mitchell scored 27 points in his return from a concussion that sidelined him for eight games, Bojan Bogdanovic added 19 points and the Utah Jazz cruised past the short-handed Brooklyn Nets, 125-102, on Friday night (Saturday, Manila time).

On Utah's first possession, Mitchell dished a no-look assist to Royce O'Neale for a three-point play. That sparked a 10-0 run to start the game and the Jazz completed a wire-to-wire victory for the third time this season and sent the Nets to a season-high seventh straight loss.

Mitchell shot 8 for 10 from the floor and had six 3-pointers and six assists in 22 minutes of energized play. Mitchell spoke to the media earlier in the day about his frustration at the recurring concussion symptoms since he got hit in the head on Jan. 17.

The rest might have done him well as he played a near flawless game against the decimated Nets with drives to the basket, pinpoint passing and accurate shooting. The Jazz were 2-6 without Mitchell.

The Nets never trailed by less than 21 points the entire second half.

Utah played its sixth game without Rudy Gobert, who is close to recovering from a left calf strain. The Frenchman was named to his third All-Star team along with Mitchell this week.

Eric Paschall scored 16 points, Hassan Whiteside had 15 points and Mike Conley 14 for the Jazz, who have won twice after losing seven of eight injury-riddled games. 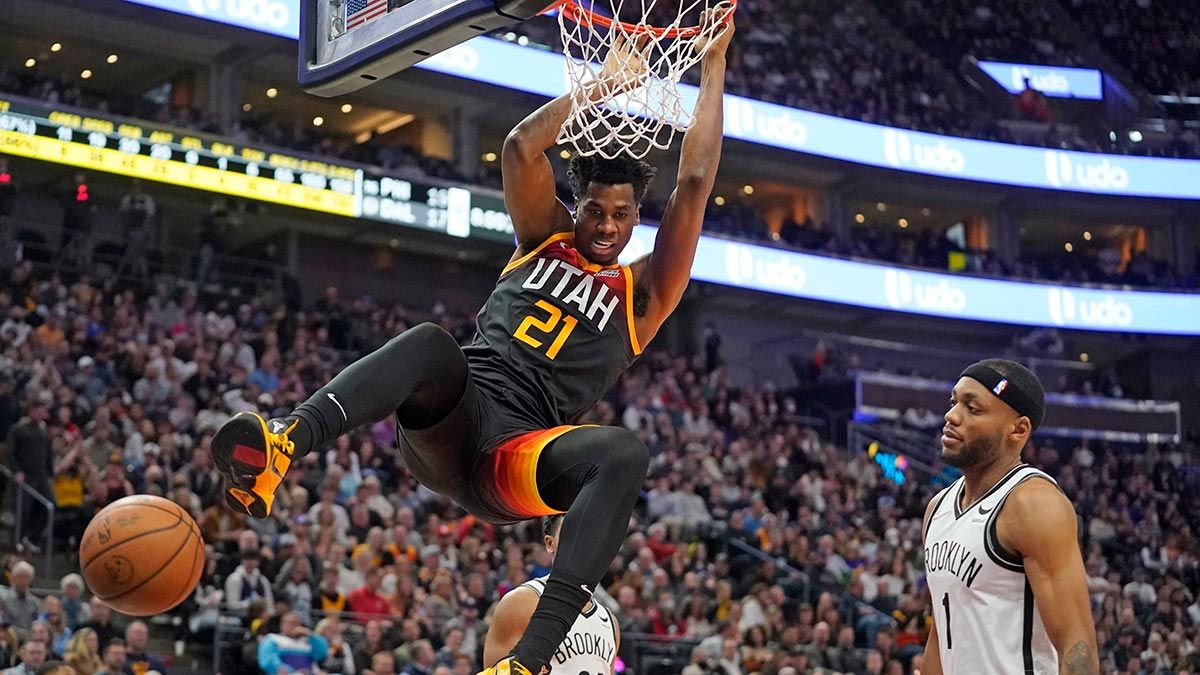 Hassan Whiteside has 15 points and five other Utah players score in double figures.

INGLES SAYS HE'LL BE BACK

After tearing his left anterior cruciate ligament Sunday, Joe Ingles met with the media Friday and said he wanted to assure everyone he wasn't going to disappear and never be seen again.

"I have zero doubt I'll be able to come back better than what I was before," the 34-year-old Ingles said. "My game and the way I play, I'm not going to lie, I've never relied on athleticism. I've been able to be successful by being who I am and the way I play."

Ingles has played all eight seasons with the Jazz and is Utah's all-time leader in 3-pointers made. His contract ends this season, but he expressed his goal to back in the NBA after the first serious injury he's had since he was 15.

"I've been very vocal about me not wanting to be anywhere else and playing out my career here," he said. "I still think I have a couple more years to give."

Jazz: Utah has won six straight at home in the series with Brooklyn. ... Jordan Clarkson (knee) and Danuel House (virus) missed the game. ... The Jazz had 16 turnovers, but dominated just about every other statistic.