The Jazz scored baskets on seven straight possessions at one point in the second quarter and shot 12 of 18 from the field during the period to break open a close game.

Mitchell and Mike Conley bookended an 8-0 spurt with 3-pointers to give the Jazz a 62-45 lead heading into the final minute before halftime.

Atlanta nearly erased the deficit entirely with an 11-2 run to open the third quarter. John Collins, Huerter, and Young hit 3-pointers on three straight possessions to punctuate the spurt and trim Utah's lead to 64-61. 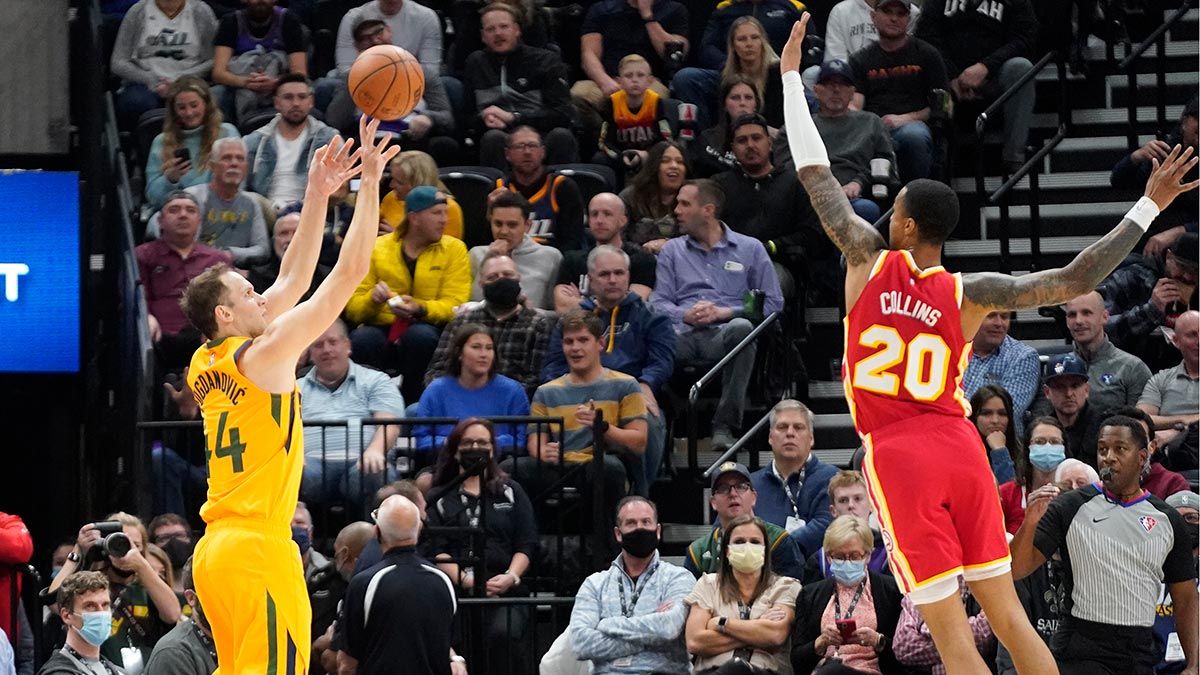 Mitchell took over to prevent the Hawks from taking their first lead since the first quarter. He made a pair of baskets and fed Gobert for a dunk to help the Jazz extend their lead to 75-64.

Huerter hit a fadeaway jumper as Atlanta cut the deficit to 82-75. Mitchell and Royce O'Neale drove for back-to-back layups to ignite a 13-2 run that snuffed out the Hawks' comeback attempt. Conley capped the run with a layup that put Utah ahead 95-77.

Atlanta made one last run and cut the deficit to 100-93 after Lou Williams sank a 3-pointer and fed Capela for an alley-oop layup. That's as close as the Hawks got. Back-to-back 3s from Mitchell and Clarkson, followed by a turnaround hook shot from Hassan Whiteside, boosted the Jazz lead to 108-93 with 5:19 left.

Jazz: Conley made at least one 3-pointer for a 52nd consecutive game. … Bogdanovic went 4 of 4 on free throws and is shooting 95.7% from the line through 12 games. … Utah finished with a 42-34 advantage in rebounds.

Hawks: Visit the Nuggets on Friday.