Middleton took the advice to heart.

Antetokounmpo had 31 points, 15 rebounds and eight assists and Middleton finally came alive with a huge fourth quarter as the Bucks beat the Magic, 121-106, to take a 3-1 lead in the first-round series.

Middleton scored 18 of his 21 points in the final quarter and finished with 10 rebounds after being held to one field goal in the first three quarters on 1-of-9 shooting.

"At times I am too unselfish, so I have to force the issue," Middleton said.

Bucks coach Mike Budenholzer said it was "just a matter of time" before Middleton had a breakout game.

If the Bucks hope to win their first NBA title since 1971 they're going to need Middleton to be a consistent scorer and take some of the pressure off Antetokounmpo.

The top-seeded Bucks led by three entering the fourth quarter before Middleton scored 11 points during an 18-2 run on three 3-pointers and a mid-range jumper off an inbouds play to help the Bucks build a 102-83 lead.

"Giannis told just to me be aggressive and that is what I tried to do," Middleton said. 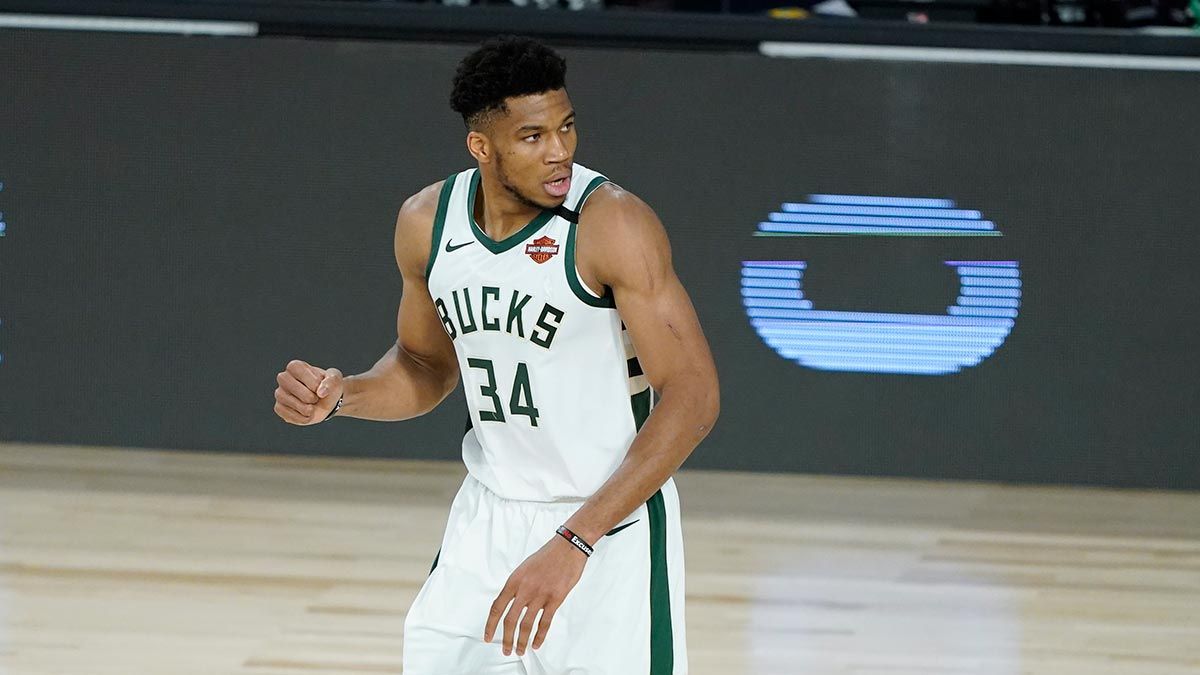 Middleton averaged just 11 points per game in the first three playoff games on 12-of-37 shooting.

Antetokounmpo finished the game 14 of 21 from the field, but did most of his damage inside the paint where he was 12 of 14.

Nikola Vucevic continued his strong play for the Magic, finishing with 31 points, 11 rebounds and seven assists. Terrence Ross had 19 points and seven rebounds off the bench.

"To start the fourth we went through a dry spell offensively and we didn't execute well," Vucevic said. "It's tough when you play well for three quarters. You have to be able to execute and make shots and we didn't."

Milwaukee has now won three straight after losing the series opener to the eighth-seeded Magic.

Middleton said the Bucks have improved since the first game.

"Sometimes things aren't going to go our way and you won't make shots or whatever, but as long as you keep grinding good things are going to happen," Middleton said.

Wesley Matthews added 12 points for the Bucks, who can close out the Magic on Wednesday. 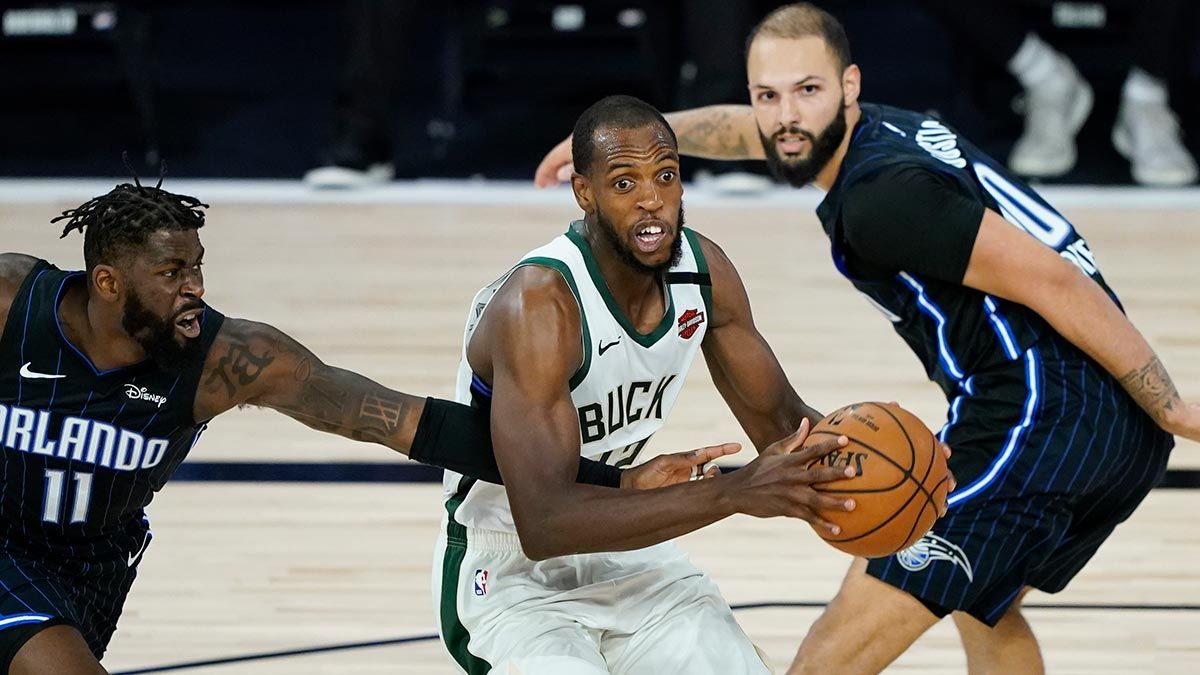 Bucks: Made 17 3-pointers on 41 attempts. ... Antetokounmpo has at least 25 points, 10 rebounds and five assists in all four games to start the playoffs.

Magic: Aaron Gordon (hamstring) and Michael Carter-Williams (foot) have not played yet in the series. Their status for Game 5 is unclear.

Vucevic has been huge for the Magic, averaging 29.5 points per game. Clifford said that speaks to Vucevic's commitment to getting better when teams returned for the NBA restart.

Added Clifford: "He has been hungry to prove he is better than he was in last year's playoffs."

Budenholzer said he isn't too concerned about stopping Vucevic, but his focus is more on slowing down Orlando's team as a whole.

"The key for us is we are taking away the paint," Budenholzer said. "He's going to make some shots.... Ultimately it's not about Vucevic. As long as our team defense is in a good place, I'm OK with that."

Matthews was interviewed on the court by NBA TV after the game and starting talking about Game Five, but couldn't remember what day it was.

"Is today Sunday?" he asked the reporter.

When you're in the bubble, it's easy to lose track of what day it is.