Michael Jordan opens up to Hornets, wants them to learn 'Last Dance' lessons

CHARLOTTE, N.C. — Michael Jordan helped build the Chicago Bulls into a winner as a player.

He's desperate to do the same thing in Charlotte as the owner of the Hornets.

Charlotte players say Jordan spoke to them recently via video conference call about what it takes to be a champion, emphasizing the need for accountability — even if it means making teammates comfortable.

Those are some of the same qualities that were on display during the 10-part documentary the "Last Dance," which focused on Jordan's sixth and final NBA championship run with the Bulls.

In the hour-long conference call that came after the conclusion of the "Last Dance," Charlotte point guard Devonte Graham said Jordan told players they can't be uncomfortable "calling out teammates" in practice when things aren't going as planned or mistakes become repetitive.

"That's going to make you guys even better," Graham said reiterating Jordan's remarks. "You'll bond better. Your team is stronger. There is more of a respect level, instead of not saying anything and letting guys mess up over and over and over again, and you're losing and losing."

Jordan hasn't come close to matching his success as a player since taking over majority control of the Hornets 10 years ago. 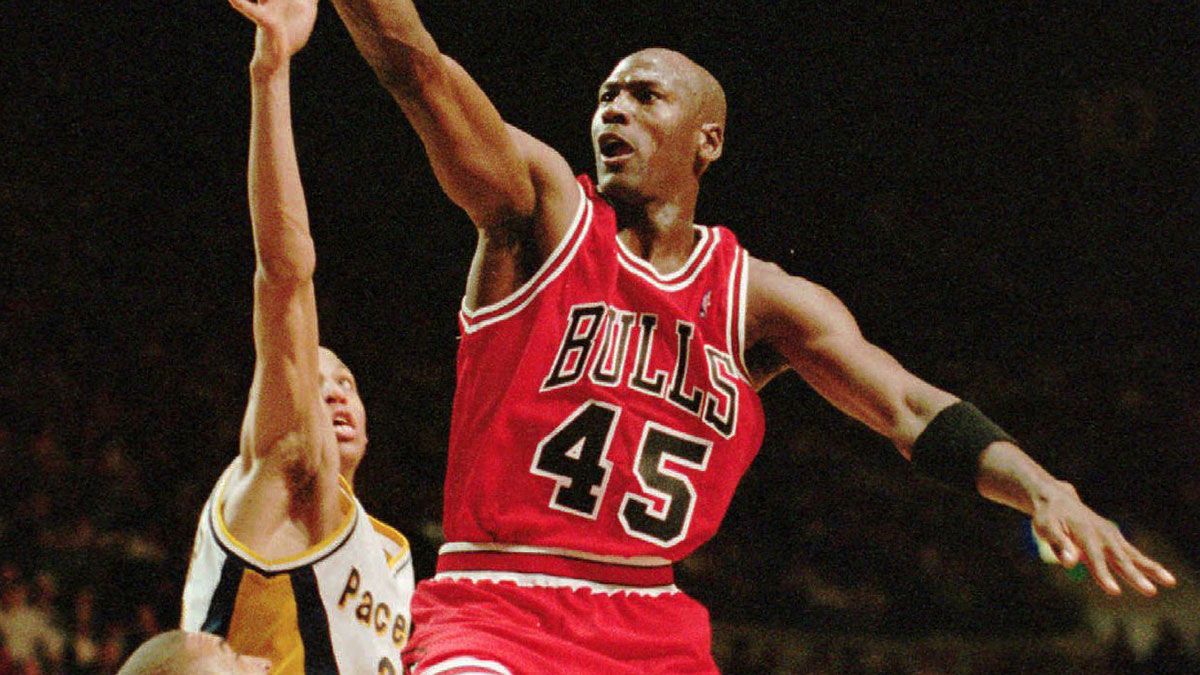 Charlotte has never made it out of the first round of the playoffs and has only won three postseason games in the Jordan era.

In an effort to stop that cycle of mediocrity, Jordan hired Mitch Kuchak as the team's new general manager in 2018 and the Hornets have since embarked on a rebuilding process which included parting ways with three-time All-Star Kemba Walker last offseason in an effort to focus on developing young players.

Jordan took questions from players and spoke directly about the difference between what it takes to win in the regular season and the playoffs.

Hornets center Cody Zeller said that was an important message for a young team to hear.

"A lot of guys on our team haven't played in the playoffs and don't understand the attention to detail you have to play with in the playoffs," Zeller said. "That was what I enjoyed hearing from MJ, especially as a younger team."

Jordan's tenacity and desire to win at all costs were exhibited during the "Last Dance."

That meant at times emotions boiled over at Bulls' practices resulting in altercations between teammates, including one notable exchange of blows between Jordan and Steve Kerr.

Hornets guard Terry Rozier joked that after watching the "Last Dance" he probably would have got into a few fistfights with Jordan, too.

"I would have taken the Steve Kerr route," Rozier said with a laugh. "I'm super-competitive."

But Rozier is not sure Jordan's aggressive approach would work with some of this generation's players.

"I feel like you have to pick your poison," Rozier said. "One thing with being teammates with guys in this league is you have to learn who they are first. Some people don't like to be confronted in front of others; some people you have to pull aside. So I feel like it is a mixture of learning your teammates and knowing when to call them out.... so that people don't have a bad taste in their mouth about one another."

Zeller said Jordan admitted as much in the meeting.

He said the 57-year-old Jordan talked about his post-Bulls tenure with the Washington Wizards when his feedback and criticism wasn't as well received.

"He said he wishes that he would have done that a little bit differently" in Washington, Zeller said. "The next generation of players that had come in didn't really want to hear the same feedback and the harshness that he used his during his days in Chicago. He wishes that he would have taken Jerry Stackhouse under his wing and taught him how to be a better leader as opposed to trying to do it all himself."