Jordan-Wilkins ’88 duel: Still the match by which all other dunk contests are measured

CHICAGO — Michael Jordan and Dominique Wilkins have never talked to one another about the 1988 dunk contest.

It is still the dunk contest by which all other dunk contests are measured: Two stars, at the peak of their powers, the players who finished first and second in that season’s scoring standings, going head-to-head to decide a winner. Jordan left the old Chicago Stadium that night with the trophy. To this day, many believe Wilkins was the rightful winner. Either way, it was a never-to-be-forgotten show — and now, for the first time since that night 32 years ago, the dunk contest is returning to Chicago on Saturday night (Sunday, Manila time).

“I did have a homecourt advantage, yes,” Jordan said this week in an interview with The Associated Press.

“The fans got their money’s worth,” Wilkins said in a separate interview with AP. 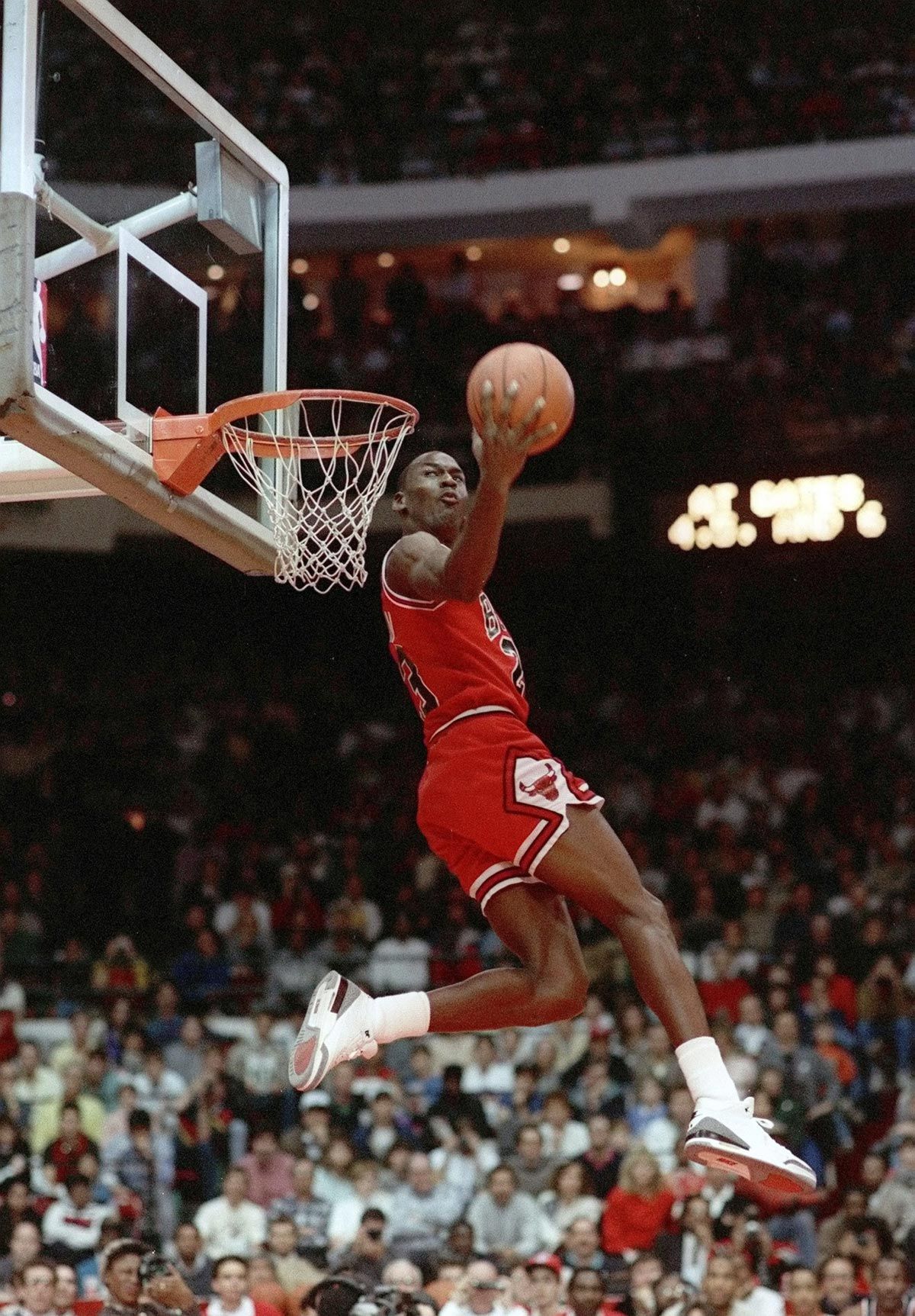 This season’s dunk contest entrants — Orlando’s Aaron Gordon, Miami’s Derrick Jones Jr., the Los Angeles Lakers’ Dwight Howard and Milwaukee’s Pat Connaughton — will have quite a show to follow if what they do on Saturday is going to stand the test of time that the Jordan-Wilkins contest has.

To this day, Wilkins believes he should have won.

And to this day, he still tips his cap to what Jordan did that night.

“We were foes and we had some great battles, but he understood the moment,” Wilkins said. “He understood what we did, you know? So, for us, there’s no hard feelings. There’s no animosity. We love the fact that they still talk about it because we knew what we brought.”

None of this year’s four dunk contest participants are All-Stars. It was different 32 years ago, when the dunk contest was being held for only the fifth time. Jordan was the MVP in 1988, Wilkins was sixth in that season’s MVP voting, and they were the only players that season who averaged more than 30 points per game.

“It’s a little bit different today. And it’s probably much harder today because how many times can you do the same dunks over and over again?” Jordan said. “So, they are trying to create things that people haven’t seen and that means jumping over people and cars and stuff like that. We didn’t have to do that because we didn’t have anything preceding us.”

“My memories more so than anything was that I was representing Chicago,” Jordan said. “I just wanted to represent them well. I wanted to win, don’t get me wrong. But I also knew Dominique was an unbelievable dunker and very athletic and a human highlight film. So, I had to come up with certain things that are very special and unique.”

Of course, it came down to Wilkins vs. Jordan. Three dunks each to decide the title. Both got a perfect score — 50 — on their first dunk in the final round. Wilkins got another 50 in the second round, with Jordan getting only a 47. That meant Wilkins, who was first to dunk in each round of the finals, needed only a 48 to clinch the win over Jordan.

Wilkins went with a two-handed windmill for his final dunk. The judges’ score: 45. Drexler looked on in disbelief.

“I was surprised at his score,” Jordan said. 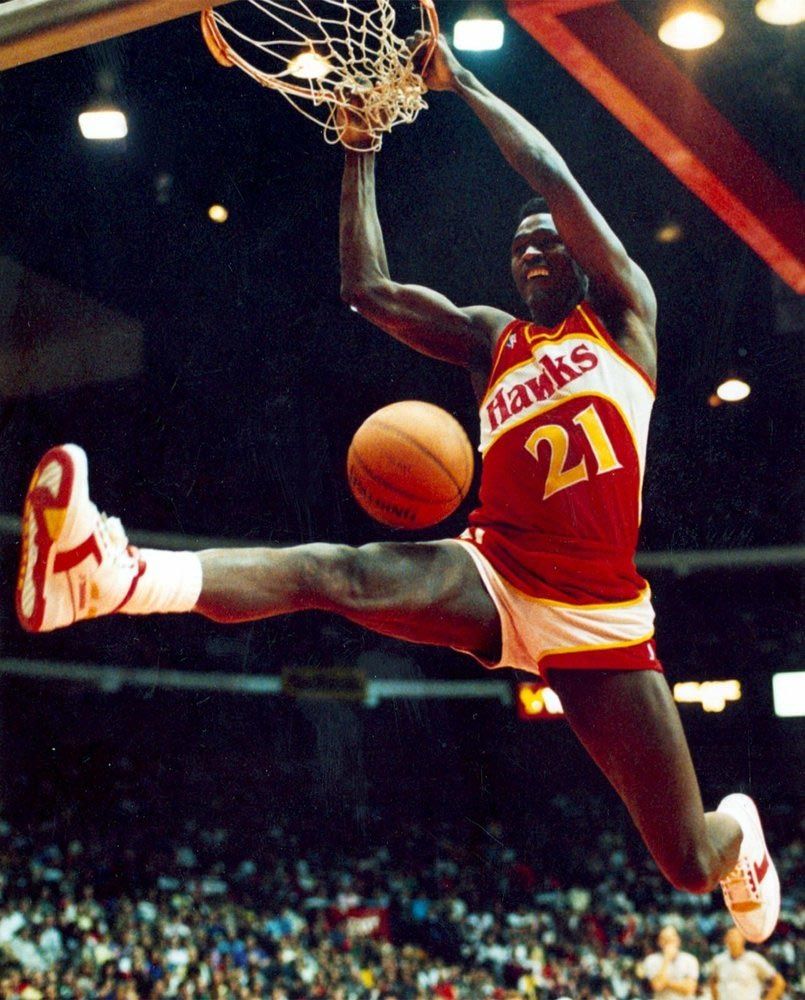 The door was open for Jordan. He tried a dunk from the foul line and missed, but the rules allowed two chances per attempt. The second effort is the one replayed about a billion times since: He took off from just inside the foul line, pulled the ball back a bit before finishing off the slam, and got the perfect score of 50.

“The dunk contest, Nique got robbed,” said Doc Rivers, the Los Angeles Clippers coach who that year was an All-Star representing Atlanta — Wilkins’ team as well — in his hometown of Chicago. “But other than that, it was a perfect weekend.”

The dunk contest has had its ups and downs since.

It went away for a couple of years. Fred Jones, a journeyman who played for five teams in seven seasons, was the 2004 champion. Jeremy Evans — he averaged 3.5 points per game in his career — won in 2012. The NBA tried a team concept with three guys representing each conference in 2014; it wasn’t well received. Only the most ardent fan probably remembers that last year’s winner was Hamidou Diallo.

There have been some stars: Kobe Bryant won in 1997 and Vince Carter prevailed in 2000, a win that still draws raves from Jordan.

The highest compliment, in fact.

“The most amazing dunk I have ever seen is probably Vince Carter when he hung his elbow in the rim,” Jordan said. “To me that was, without question, just unbelievable.”

But most of the biggest names — and many considered among the best dunkers of their generation — have taken a pass on the dunk contest. LeBron James has never entered one, nor has Russell Westbrook, and Dwyane Wade didn’t either.

“I’d have loved to have seen LeBron,” Wilkins said.

Jordan agreed, saying he knows fans are clamoring to have seen James try it at least once.

“What we did in the game and excitement that we created when we did dunk,” Jordan said. “People wanted to see that. Is it the same today? Maybe not.”