THE Raptors finally returned home to Toronto on the night Kyle Lowry got going in Miami.

The longtime star north of the border is now running the point in South Florida.

The first full night of NBA preseason action started with the Raptors playing in their own arena for the first time since Feb. 28, 2020. They beat the Philadelphia 76ers 123-107 on Monday (Tuesday, Manila time) in a game without the familiar starting point guards for either team.

Lowry now plays for the Heat and the 76ers don't know if or when Ben Simmons will rejoin them. He has not reported to the club this season while hoping for a trade.

The Raptors were on a road trip before the NBA season was suspended in March 2020 because of the coronavirus, then played the 2020-21 season in Tampa, Florida, because of virus restrictions that prevented teams from traveling across the border.

Instead of coming back to Toronto with the Raptors, Lowry went to the Heat in a sign-and-trade deal. Toronto fans will see him again Feb. 3 when Miami makes its first trip there this season.

When they do, the Heat will arrive as a title contender if Lowry fits like they expect. They had to like what they saw Monday, as Lowry had seven assists in 15 minutes of a 125-99 victory over the Atlanta Hawks. 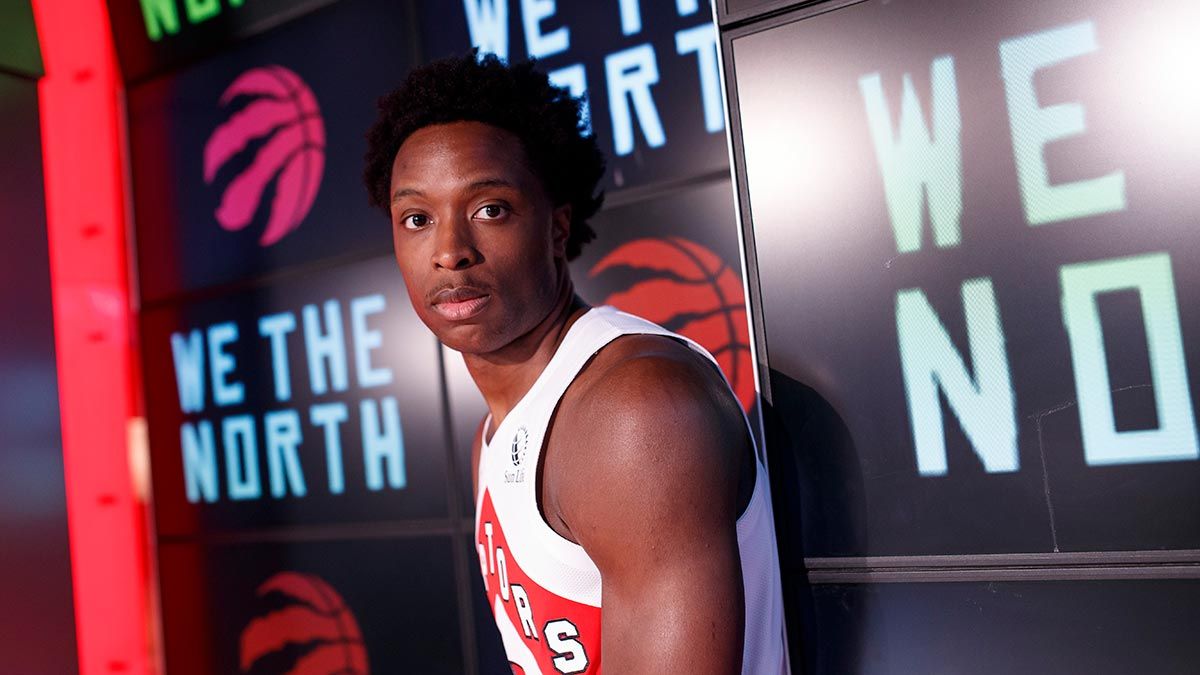 OG Anunoby scored 21 points for Toronto and Justin Champagnie had 17 points and 10 rebounds. Rookie Scottie Barnes, the No. 4 pick in the draft, finished with 13 points, nine rebounds and six assists.

Precious Achiuwa, acquired from Miami in the Lowry trade, had 13 points and seven rebounds. Goran Dragic, whose number 7 in Miami is now being worn by Lowry, started and had eight points. 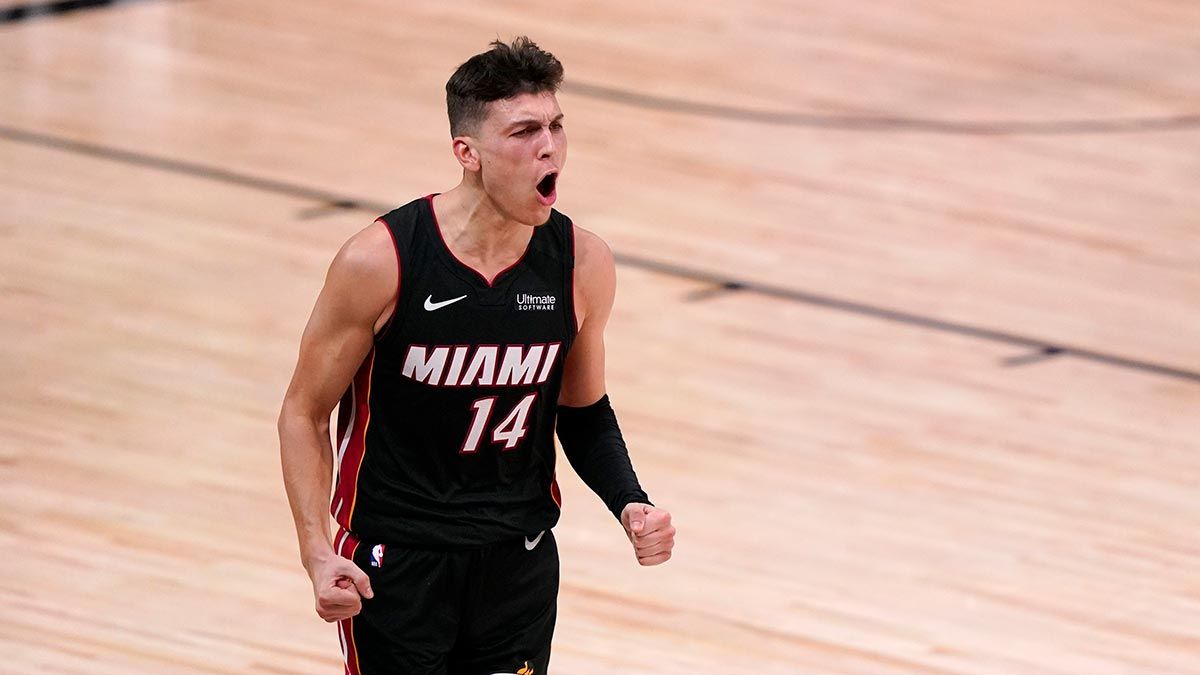 The Hawks' Trae Young left the contest early in the third quarter after he took a knee in the right thigh from Miami's Gabe Vincent. Atlanta reported Young sustained a right quad contusion, which was not considered serious.

Miami held Jimmy Butler out of action for rest. He brought a peanut butter and jelly sandwich wrapped in a napkin into the Heat bench area to start the third quarter, giving it to Adebayo as an in-game treat. Adebayo, who wasn't playing in the second half, smiled a bit sheepishly when Heat coach Erik Spoelstra spotted the sandwich as he made his way to his seat. 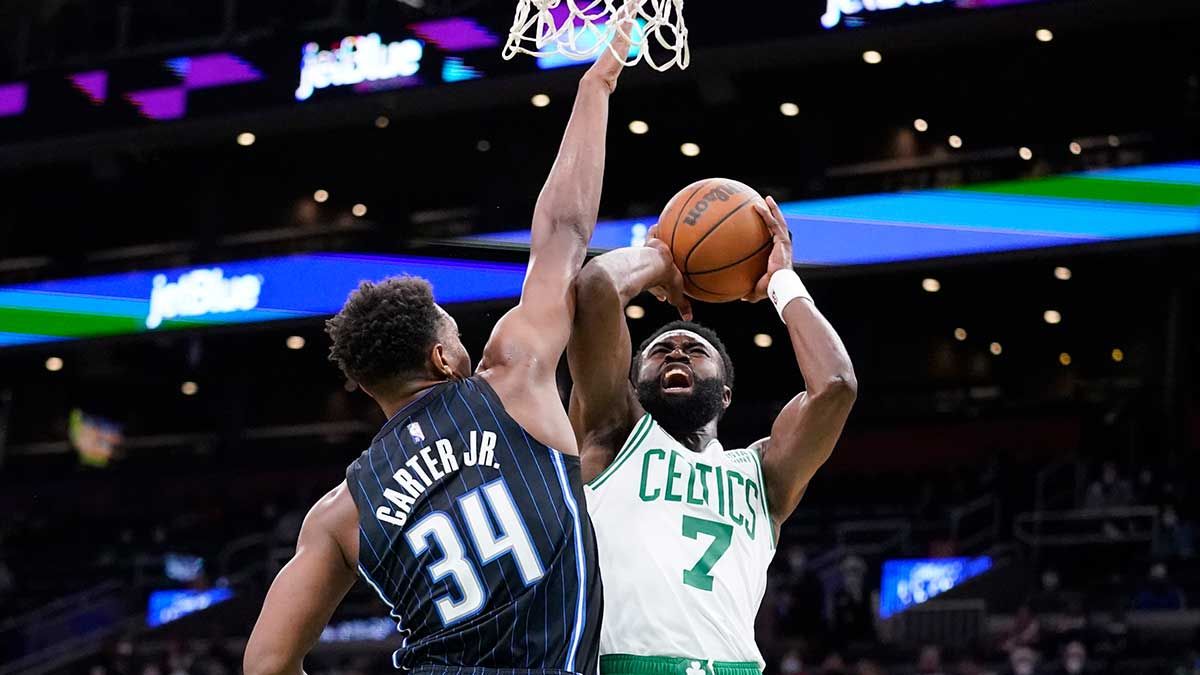 Jaylen Brown scored 25 points and Jayson Tatum scored 18 in Boston before Romeo Langford made the go-ahead 3-pointer with 14 seconds left.

Jalen Suggs, the No. 5 overall pick in this year's draft, buried the preseason's first 'logo 3' with time winding down on the shot clock to give the Magic a 41-35 lead with 4:32 before halftime.

The rookie out of Gonzaga finished with nine points on 3-for-11 shooting.

Cole Anthony and Moritz Wagner each scored 16 points for Orlando. Mo Bamba had 13 points and 10 rebounds. 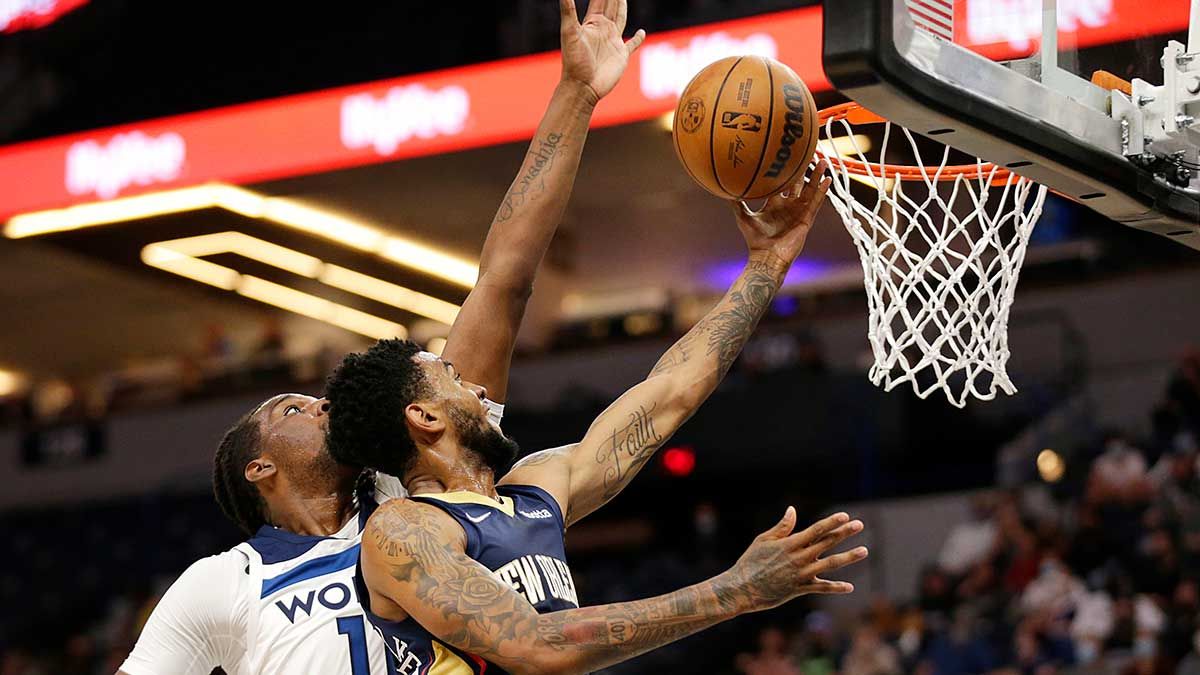 Anthony Edwards, last season's runner-up for Rookie of the Year, chipped in 10 points.

Brandon Ingram had 14 for the Pelicans, who are without Zion Williamson as he recovers from a broken bone in his foot. 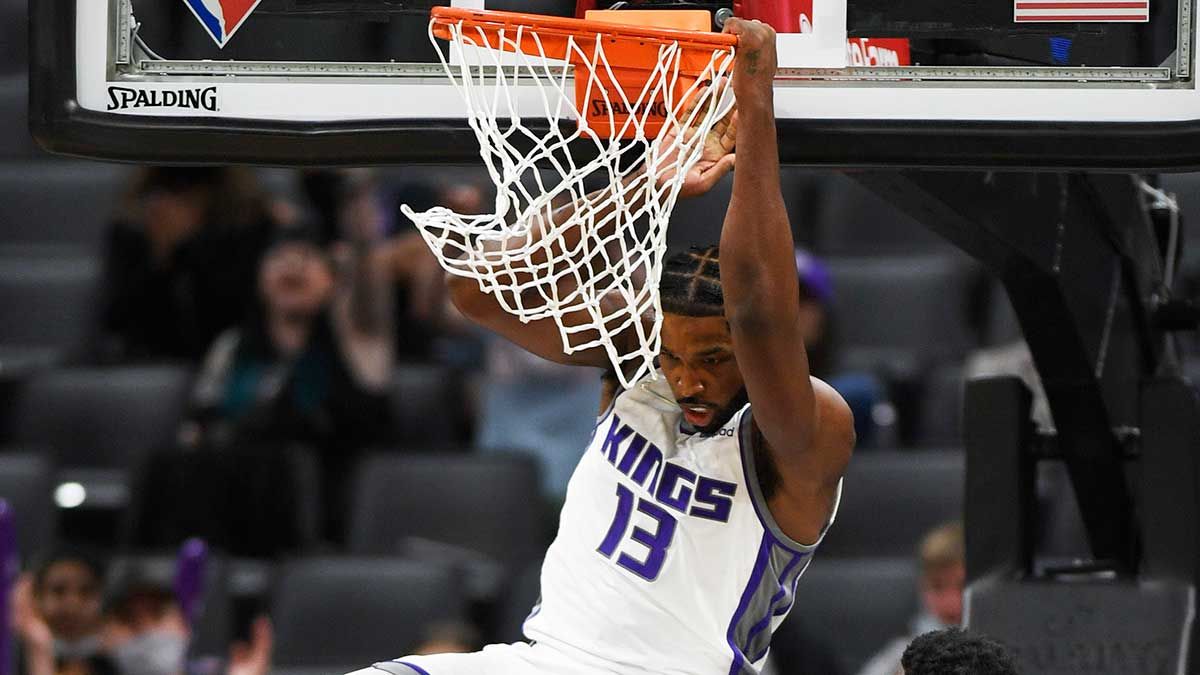 Buddy Hield scored 14 and Tyrese Haliburton 11 for the Kings.

Terance Mann scored 12 of his 14 points in the fourth quarter, and host Los Angeles rallied to beat Denver.

Markus Howard missed a deep, contested 3-pointer attempt at the horn for Denver. Michael Porter Jr. scored 21 of his 23 points in 16 minutes of the first half.