JA Morant was rookie of the year in 2020, vowing he would get better from there.

And he's done exactly that.

The Memphis Grizzlies guard picked up his second major award in three seasons Monday (Tuesday, Manila time), getting announced as the NBA's Most Improved Player. He is the first Grizzlies player to receive the award — and the first player in league history to have won both rookie of the year and most improved.

Morant set career bests in scoring (27.4 points per game), rebounds (5.7), steals (1.2) and field-goal shooting (49.3%). His scoring average last season was 19.1 per game, and he made the big jump while playing basically the same amount of minutes.

"This award goes to me, but I feel like it's a team effort," Morant said.

The Grizzlies had three players get votes for MIP — besides Morant, Desmond Bane was fifth and Jaren Jackson Jr. was 10th. The trio led Memphis to the No. 2 seed in the Western Conference and the second-best record in the league behind Phoenix.

"That pretty much just shows our work ethic, as a whole, as a team," Morant said. "We all push each other. We all want to be better. I thought we all have that 'never satisfied' mindset and that's why you see three guys from the same team receiving votes for this award." 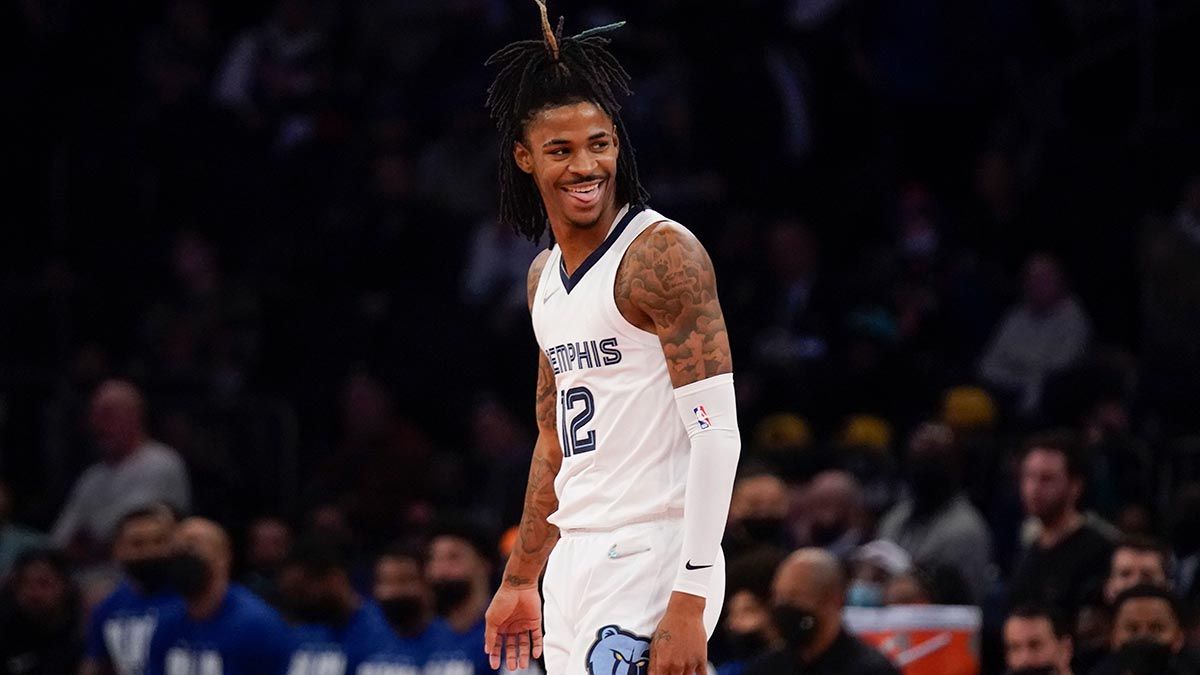 Ja Morant spent this past offseason working to become more consistent from 3-point range and honing his midrange game.

Morant, an All-Star this season for the first time, was hardly a runaway winner. He finished with 221 points from a panel of 100 sportswriters and broadcasters who cover the league, with five points awarded for a first-place vote, three for a second and one for a third.

San Antonio's Dejounte Murray was second with 183 points, and Cleveland's Darius Garland was third with 178. Murray appeared on 63 ballots, more than anyone else. Garland appeared on 62 ballots.

Morant appeared on 51 of the 100 ballots — but got far more first-place votes than anyone else. He had 38, while Murray collected 20 and fourth-place finisher Jordan Poole of Golden State got 15.

The 22-year-old Morant said he spent this past offseason working to become more consistent from 3-point range and honing his midrange game.

"Those were pretty much the two main areas I worked on this past summer," Morant said during the televised announcement of the award. "It allowed me to take a big leap in my game, as you can see from my scoring."

And now Morant can set his sights on the next big award: league MVP. So far, only one player — Milwaukee's Giannis Antetoktounmpo — has won Most Improved and then gone on to win that trophy.