PORTLAND, Oregon — Max Strus had 25 points and the Miami Heat snapped a two-game losing streak with a 115-109 victory over the Portland Trail Blazers on Wednesday night (Thursday, Manila time) despite the absence of Jimmy Butler.

Miami also overcame the first-half ejection of Kyle Lowry, which left the already short-handed Heat with nine players for the rest of the game.

Miami led by 19 points, but the Trail Blazers narrowed the gap in the third quarter and pulled within 83-80 entering the final period.

The teams tussled in the final minute after an altercation between Portland's Jusuf Nurkic and Miami's Tyler Herro. Both were ejected.

Herro finished with 16 points off the bench.

Portland was led by Anfernee Simons with 28 points while Norman Powell added 26.

Butler, who leads the Heat with an average of 23.2 points per game, sprained his ankle on Monday in the third quarter of a 115-108 loss at Golden State.

Portland was without star guard Damian Lillard because of lower abdominal tendinopathy. Lillard also sat out Portland 136-131 victory over the Atlanta Hawks on Monday and will be unavailable for two upcoming games this weekend.

The Trail Blazers said Lillard — who is averaging 24 points and 7.3 assists — is undergoing further evaluation of the injury, which has bothered him since the Tokyo Olympics.

Lillard was replaced in the lineup for the second straight game by Simons, who had a career-high 43 points against the Hawks. The win snapped a four-game losing streak.

Robinson hit a 3-pointer that put Miami up 30-21 late in the opening quarter.

The Heat led 19 points during the first half and went into the break up 58-47. Portland closed within 70-63 in the third quarter after Simons' 3-pointer. Powell's 3 got the Blazers even closer at 74-71.

Simons had 20 points in the third quarter alone. 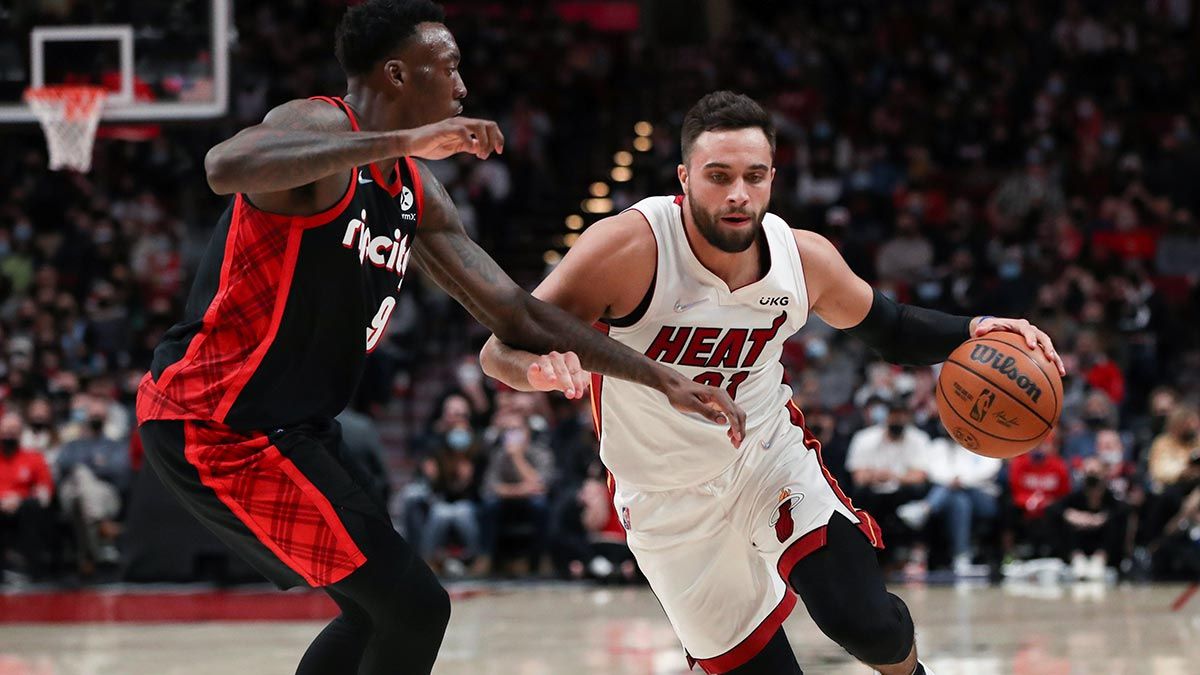 Heat: Coach Erik Spoelstra said he was encouraged by Duncan's return: "You just feel a sense that guys are getting healthier." ... It was the fourth game of a six-game road trip. ... Herro started in Lowry's place in the second half.

Trail Blazers: Larry Nance Jr. was briefly in the league's health and safety protocols after an inconclusive COVID-19 test, but he was cleared before the game and started. ... Nance left in the third quarter with a right knee injury and did not return.

The Heat visit the Phoenix Suns on Saturday.

The Trail Blazers host the Cleveland Cavaliers on Friday night.