CHICAGO - The song Here Comes The Sun, which the Beatles released as part of their 1969 Abbey Road album, is one of my favorites of all time.

Penned by George Harrison, it's an ageless ballad that celebrates the arrival of spring following a "long cold lonely winter."

Here come the Suns is not a song. But it might as well be the battle cry of the NBA's franchise in Phoenix.

Unlike the song, though, the Suns' winters have been remarkably long, depressingly lonely and morbidly dark. In fact, last season's campaign was a near total eclipse that darkened the skies with a 19-63 record. 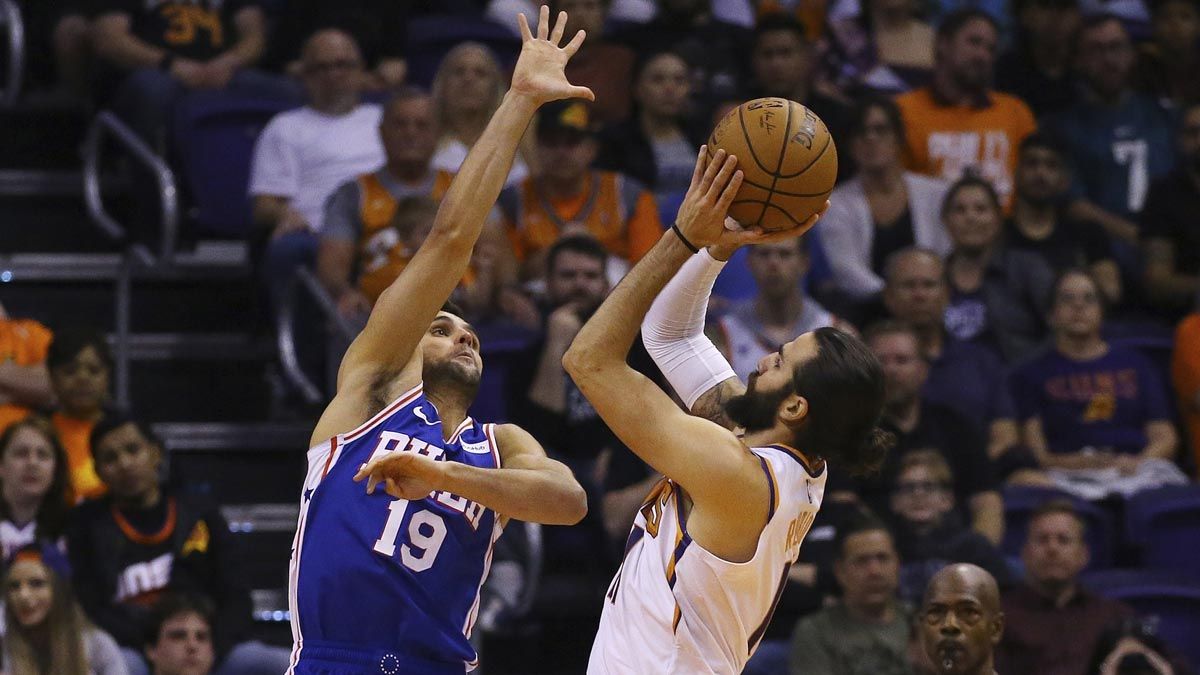 Their homecourt, presently named the Talking Stick Resort, was 29th in attendance in the league last season, drawing only 627,023 fans in 41 home games. It's a place where other teams look forward to visiting, a place where losing streaks go to die and winning streaks stay alive.

The clouds have parted.

The sun isn't just peeking, it's shining bright with hope and promise.

After looking up the standings for what seemed like eternity, the Phoenix Suns are sitting pretty at third place in the robust Western Conference and looking down on 12 other contenders.

After a five-year 52 percent win clip at the Talking Stick Resort, the Suns are 3-1 at home to start this season, defending their turf like the Alamo. They are also 2-1 on the road. 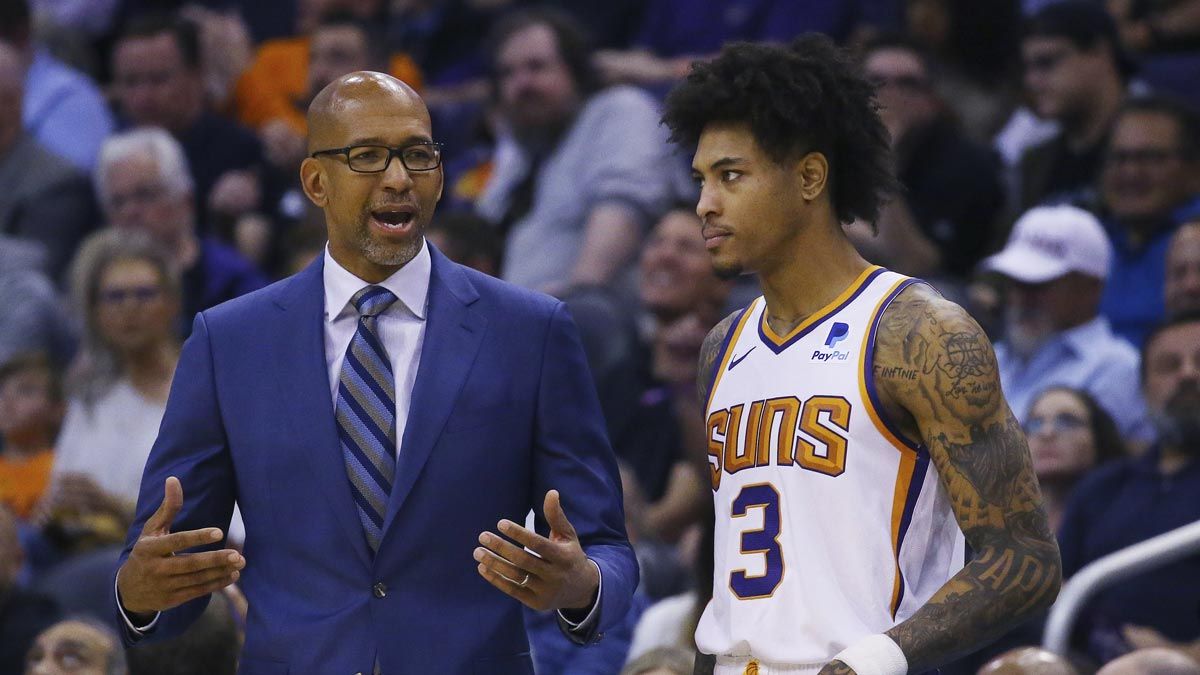 At 5-2 overall, their victims include the powerhouse Clippers, the title-contending Sixers, and the quickly sinking Warriors, whose spate of injuries seem to suggest a long drought following the prosperity of three championships.

The Suns' defeats to Denver and Utah were both one-point affairs. A lucky bounce here and there and Phoenix could have easily been 7-0.

NEW VOICE, NEW HOPE. The sharp turnaround required fixing what was badly broken at both ends of the floor and new coach Monty Williams, a respected former player, has been quite the handyman.

Phoenix is running and spacing the floor amazingly well, and their crisp, fluid ball movement creates 27.7 assists per. Without their suspended center DeAndre Ayton, they are also crashing the boards like maniacs (43.4 per) while forcing 19-1 turnovers.

All these have created an environment for rising star Devin Booker to thrive. The 23-year old gunslinger is averaging 26.1 points per while hitting 53.5 percent of his field goals.

In their last win, against Philly on Tuesday, Booker burned the Sixers for 40. He missed only four of 19 shots. Drained 3 of 4 triples and went 7-of-7 from the free throw line.

While the NBA is a star-driven league, the Suns are not an aria. They're a full-blown symphony, clicking harmoniously on all sections.

Kelly Oubre is averaging 17.4 points. Ricky Rubio pitches in 12.7 points along with 8.5 assists per while veteran bigs Aron Baynes and Frank Kaminsky combine for 26 points and 9.4 boards. 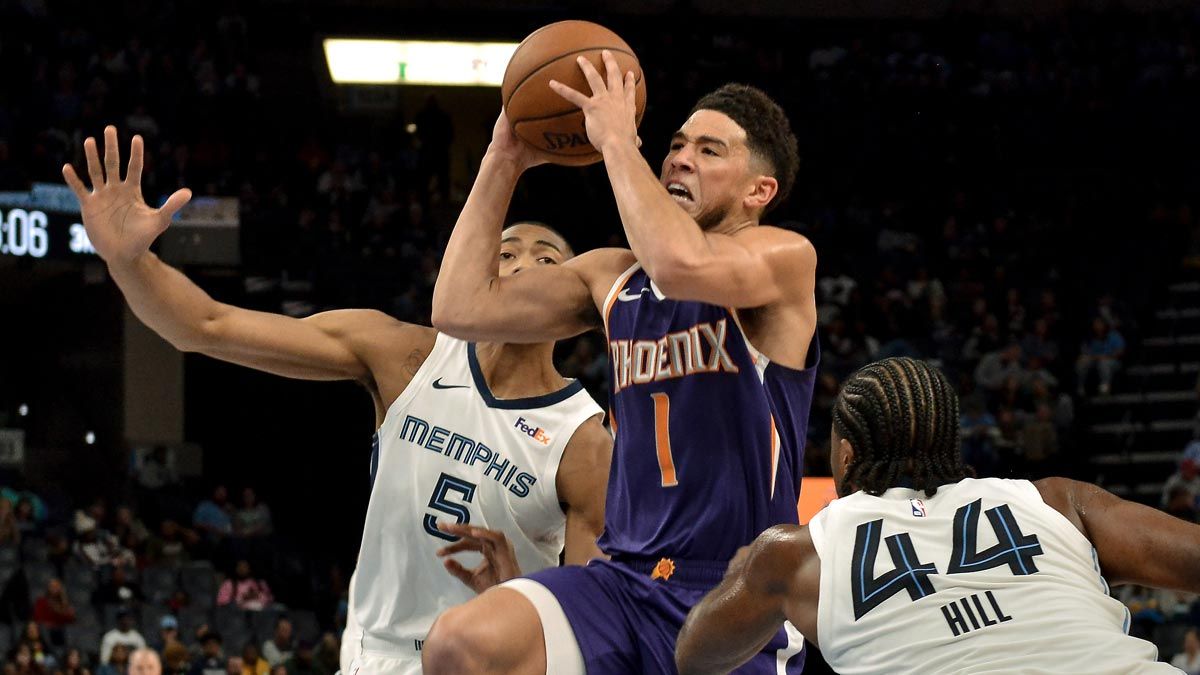 In their 52 years in the NBA, the Suns have made the playoffs only 29 times and their last postseason appearance was in the 2009-10 campaign when two-time MVP Steve Nash captained the ship.

If they stay healthy and poised as the long season drags in the upcoming months, Phoenix might just be playoffs-bound.

"Here comes the sun and I say it's alright...the smiles are returning to the faces...it seems like years since it's been here...."