DALLAS — Marcus Morris scored a season-high 29 points and the New York Knicks beat Kristaps Porzingis in their first game against the former cornerstone of the franchise, holding off the Dallas Mavericks, 106-102, on Friday night (Saturday, Manila time).

Porzingis scored 28 points and Luka Doncic added a career-high 38 in already his fourth triple-double, but the Mavericks didn't get much help from anyone besides their new European pair as the Knicks won for just the second time in nine games this season.

After matching his highest-scoring half in Dallas with 18 points before halftime, Porzingis hit a driving finger-roll layup to get the Mavericks even early in the fourth quarter after they trailed by 12 late in the third. 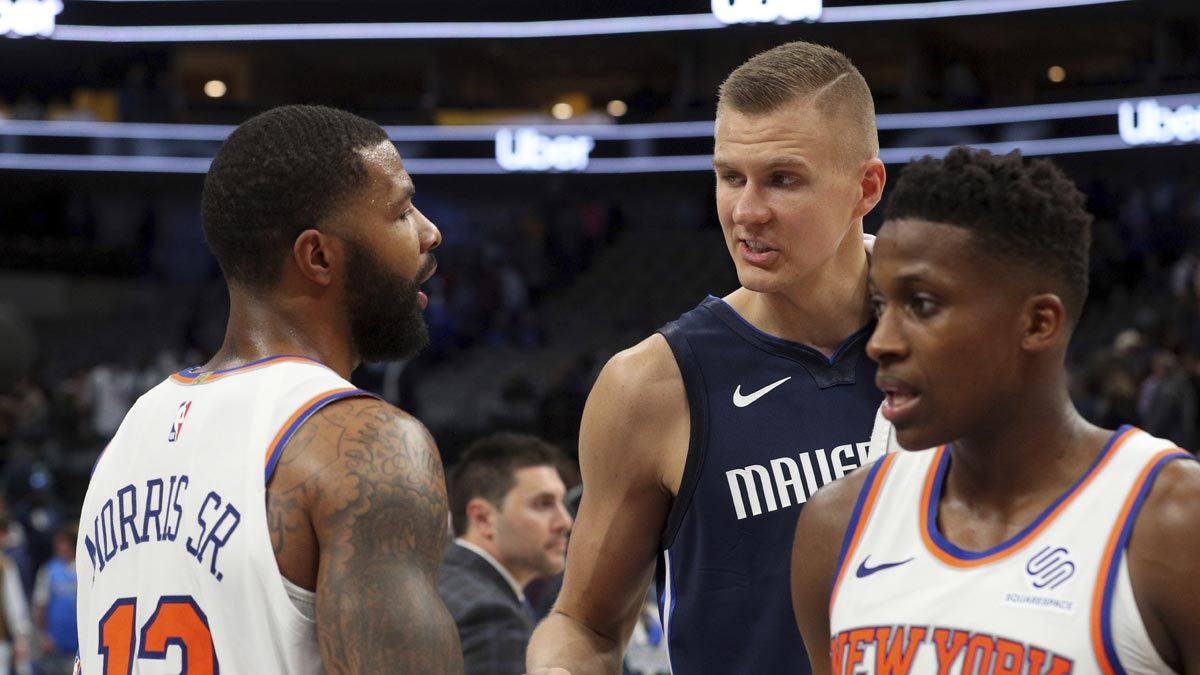 But the Knicks broke a 92-all tie with a 9-0 run. Morris started it with three free throws after Porzingis committed his fifth foul on a 3-pointer. Julius Randle, who grew up in the Dallas area and finished with 21 points, capped it with a jumper.

Dallas was still within four when rookie R.J. Barrett missed two free throws, but Randle easily beat Porzingis to the rebound and made both free throws after drawing the sixth foul on the 7-foot-3 Latvian who was the centerpiece of a blockbuster deal last January.

Doncic had 14 rebounds and 10 assists but also eight turnovers, one shy of the most of the reigning rookie of the year's career. He had a chance to tie on a long 3-pointer after Taj Gibson missed two free throws with 25 seconds left, but it bounced off the rim.

Porzingis injured his left knee in his last game with the Knicks on Feb. 6, 2018. He didn't play again until making his Dallas debut this season when the Mavericks decided he wouldn't play the rest of last season following the trade involving seven players and two draft picks.

Almost exactly 21 months since that game, Porzingis played with a purpose early, hitting his first 3-pointer while finishing 4 of 8 from long range. 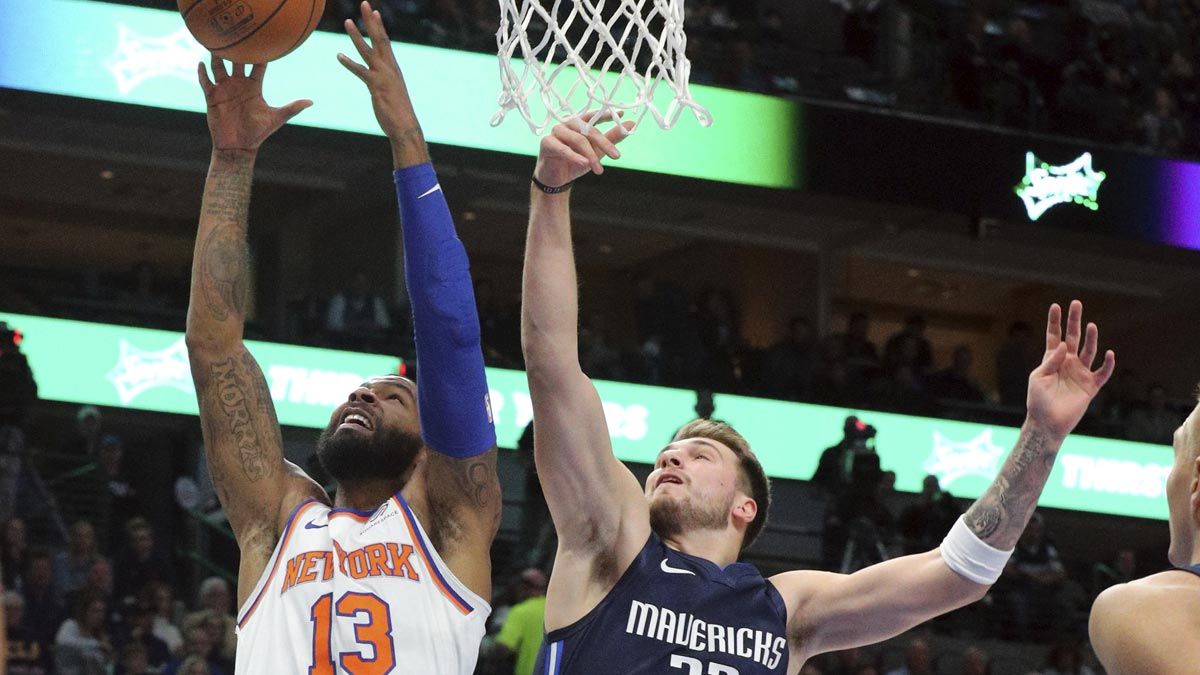 It was also Dallas guard Tim Hardaway Jr.'s first game against his former team, and while he had two late 3-pointers to keep Dallas close, the bevy of misses before that didn't help the Mavericks.

Barrett, the third overall pick in 2019 after Doncic went with the same choice last year, scored a season-low three points on 1-of-9 shooting. He also missed five of six free throws.

Knicks: Dennis Smith Jr., the key piece for New York in the Porzingis trade, missed his sixth straight game after the death of the point guard's stepmother. Smith rejoined the team in Dallas, but coach David Fizdale said Smith was probably another game away from returning. ... Bobby Portis had 14 points and 12 rebounds, and Frank Ntilikina had 14 points and four steals.

Mavericks: Doncic made consecutive 3s after starting 1 of 7 from long range, the same finishing total in the previous game against Orlando. He finished 3 of 11. ... Hardaway was 5 of 15 from the field and 3 of 10 from 3. He was only other double-figure scorer for Dallas with 14.

Knicks: Cleveland at home Sunday. New York has lost 10 straight at home to the Cavaliers.

Mavericks: At Memphis on Saturday in their first back-to-back of the season. Coach Rick Carlisle said before the season the Mavericks were considering sitting Porzingis on the second night of back-to-backs in his return from the knee injury.