DALLAS Mavericks star Luka Doncic - and most fans who saw the play - had no doubt in his mind that there was intent to hurt on the part of the LA Clippers' Marcus Morris in one controversial play in Game Six of their NBA playoff on Monday.

Doncic was trying to get to the basket against Morris and had inched past him as their arms started to tangle. Morris swung his arm down forcefully, appearing to hit Doncic in the head or neck area and knocking to him to the court.

Referees reviewed the play and determined it was a flagrant 2 foul, triggering an automatic ejection.

“Terrible foul," Doncic said about the karate chop hit later. "Two games in a row he did something like that. I really hoped the first one wasn’t on purpose but looking back at the foul this game, you know what I think," Doncic said. "I don’t want to deal with that kind of player.” 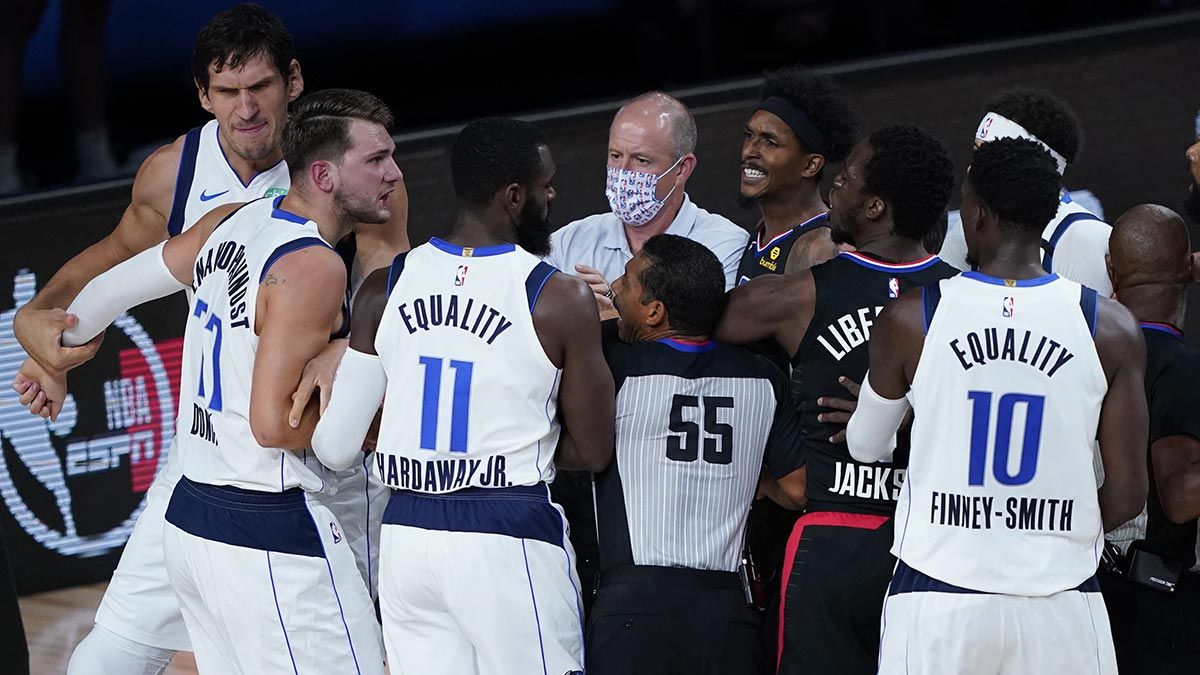 Clippers head coach Doc Rivers disagreed, calling it a ‘reputation throwout’ and no more than a hard foul on the part of Morris.

“I thought he made a play on a ball and he hit him on the head. It happens all game. I think it was a reputation throwout, but you’ve just got to live with it," Rivers added. "I love Marcus’ intensity. Yeah, he’s a tough guy. He’s not backing down and I love that.”

Morris denied there was intent to hurt on his part, saying the referees simply "had to make the call."

“I thought it was a hard foul, I ended up getting him above his shoulders,” Morris said. "I just don’t want people to mistake playing basketball, playing hard with trying to hurt somebody.” 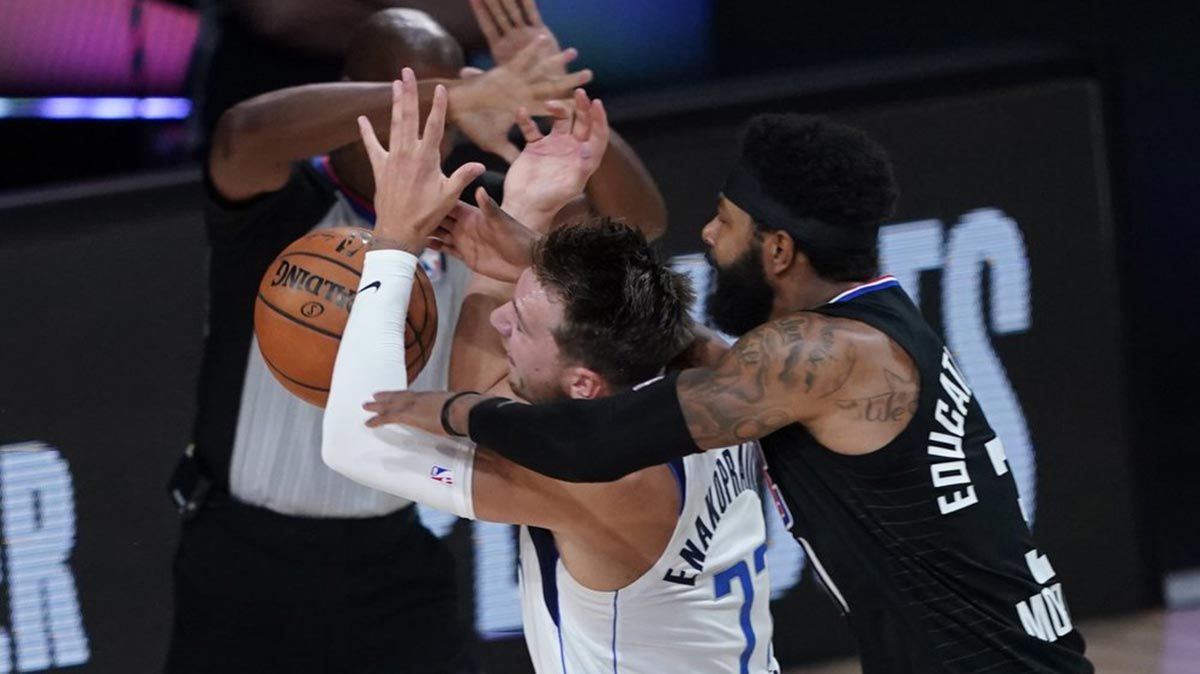 Amid a clamor for punishment grows, the hand-banging Clippers forward said none of his actions in the series warrants a suspension.

"It is not like I didn’t touch any of the ball. I didn’t wind up, I didn’t do any of that. It was a hard foul [to prevent] an and-one," he said. "Unfortunately, I hit him above the shoulders and that is the rule in the NBA, you go above the shoulder, it becomes a flagrant-2.

"But nah, I don’t think so, I hope not. Guys are playing hard and we are sacrificing, I don’t think these guys should sit nobody out, especially for games of these caliber.”