The Pelicans played without Zion Williamson, Brandon Ingram and Lonzo Ball but led 109-105 with 1:28 left in overtime after Steven Adams rebounded Nickeil Alexander-Walker's miss and slammed it home.

Ross countered a 17-footer from the left elbow, Chuma Okeke tied it by stealing Josh Hart's pass and dunking at the other end, and Ross followed with a 19-footer for a 111-109 lead. Ross finished with 19 points.

"I'm just one of the older vets and I'm trying to lead by example and just help people when I can, just play my game and try to figure this thing out," Ross said. "It's all new for everybody. So, I'm just here trying to see where I fit in now." 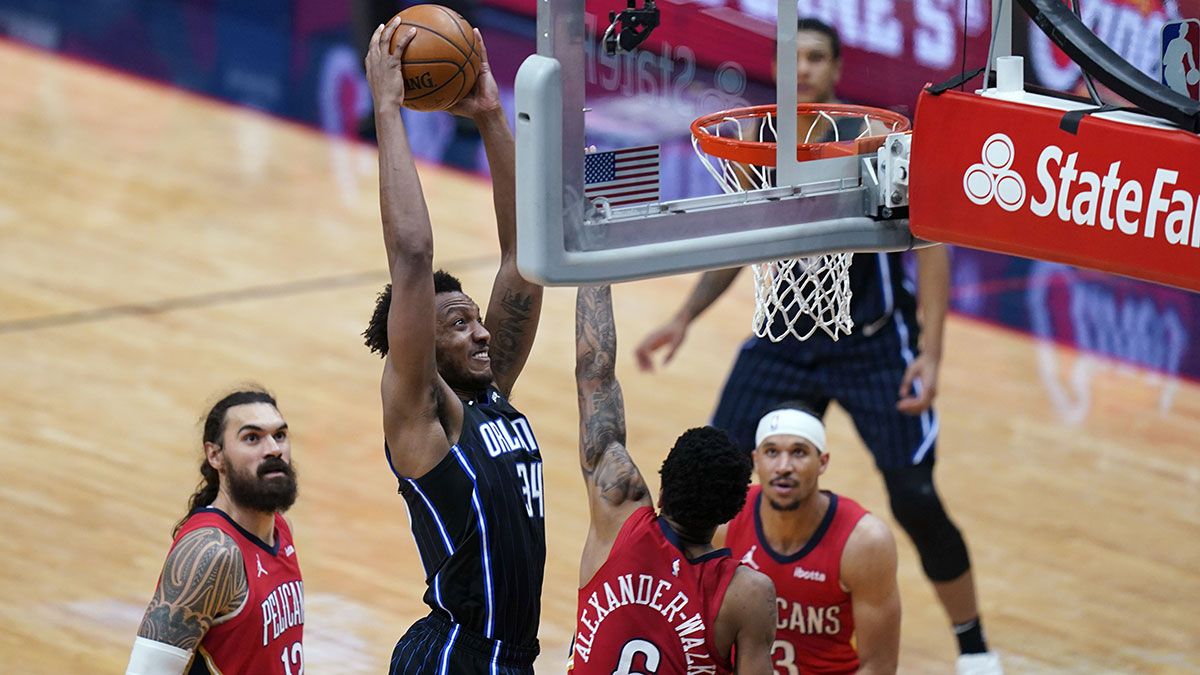 Wendell Carter Jr. rises for a slam over Nickeil Alexander-Walker.

Alexander-Walker led Oklahoma City with 31 points, James Johnson had 17, and Hart had 14 points and 17 rebounds.

The Pelicans had a chance to tie after Ross's go-ahead jumper, but Alexander-Walker made just one of two free throws after being fouled on a drive to the basket.

After the game, Alexander-Walker spent around 15 minutes shooting free throws in his game uniform.

"I don't want to leave the gym on a bad note," Alexander-Walker said. "I want to feel like whatever happened, I just conquered it and don't let it affect me mentally. There's so many games that come up so rapidly that I can't hang on to the missed free throw or the missed layup. I just got to let it go."

Carter made it 113-110 with 16.9 seconds left with two free throws, Alexander-Walker missed a layup and Kira Lewis missed a 3-pointer as time expired.

"He's a force inside," Ross said of Carter. "That's always good to have. He finishes around the basket really well. He sets screens really well, he has good hands."

Orlando led 101-96 with less than two minutes left in regulation before Alexander-Walker hit a floater in the lane and a 3-pointer from the wing to tie it with 43.9 seconds left. Ross' 3-point attempt from the left wing rimmed out at the end of the fourth quarter.

The Pelicans, who committed 13 first-half turnovers, shaved the halftime deficit to 52-45 on back-to-back 3-pointers by Johnson and Alexander-Walker, who had 16 points on 7-of-11 shooting in the half.

Magic: Chasson Randle started at point guard in place of Michael Carter-Williams, who was out with a non-COVID-related illness. Carter-Williams had started 18 of the last 19 games. ... C Khem Birch left the game with an illness after going 0 for 2 in the first quarter.

Pelicans: New Orleans was missing its top three scorers, who account for 64.4 points a game, in Williamson (thumb), Ingram (right toe) and Ball (right hip flexor). ... It was Ingram's first missed game of the season. ... Johnson, who came to New Orleans from Dallas with Wes Iwundu in a trade for J.J Redick and Nicolo Melli, made his first start. He was 15 of 60 from long range and averaged just 5.7 points in 29 games with Dallas but made 3 of 5 from long range Thursday.

Magic: At Utah on Saturday.