SACRAMENTO, Calif. — Luka Doncic had 25 points, 15 rebounds, and a career-high 17 assists for his NBA-leading 12th triple-double, and the Dallas Mavericks held off a late run to beat the Sacramento Kings 127-123 on Wednesday night (Thursday, Manila time).

Playing the second half of a back-to-back following a 27-point win over Golden State, the Mavericks scored 71 points in the first half and handed the Kings their third straight loss.

Doncic sparked Dallas with a big third quarter when he had 11 points and six rebounds. That helped the Mavs stretch a four-point lead to 108-93. It was Doncic's 20th career triple-double.

Sacramento beat Dallas 110-106 in December without Fox or Marvin Bagley III. Both were in the lineup this time, but the outcome was vastly different.

The Kings trailed by 16 early in the fourth but made a big run to get to 126-123 following a 3-pointer by Barnes. Curry, who moments earlier missed one of two free throws, made one of two again. Fox then missed a 3 to end the game. 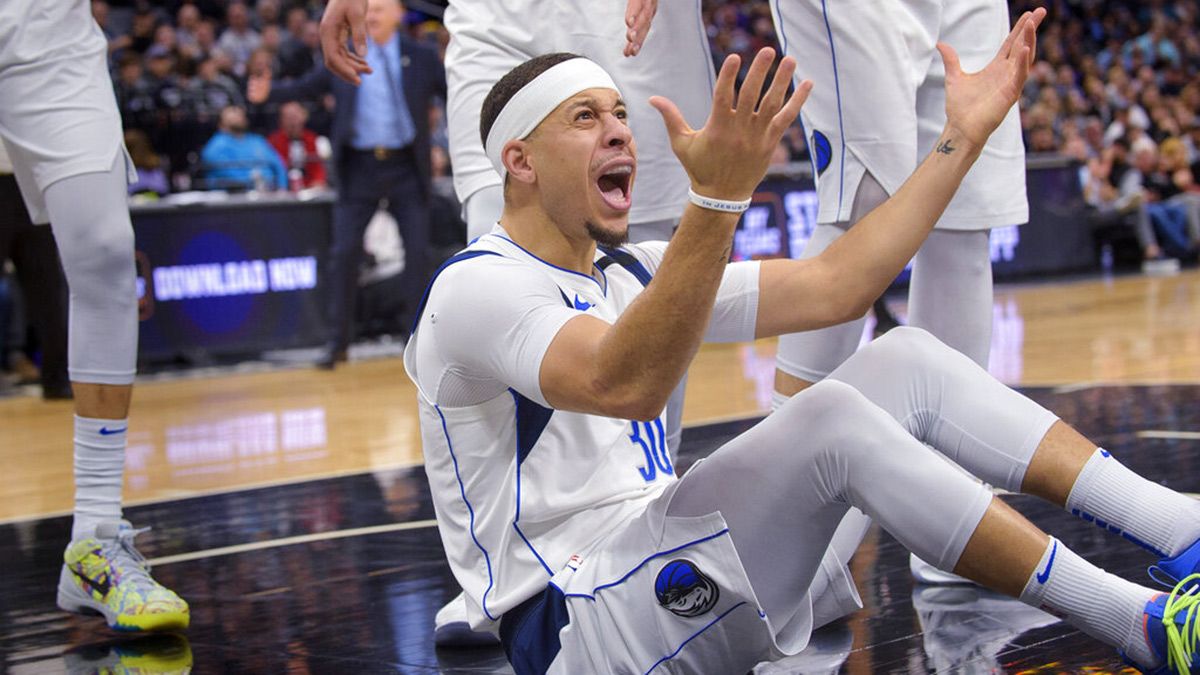 Seth Curry reacts after getting called for a foul.

Doncic nearly had a double-double before halftime but it was Curry who gave Dallas its biggest lift in the first half. Curry made four 3s, three on wide-open looks, and scored 16 points in 14 minutes to help the Mavs to a 71-67 lead.

Mavericks: Former Kings player Justin Jackson made a buzzer-beating 3 to end the third. … Porzingis was a late scratch after being in the original lineup, although no reason was given before the game. Porzingis has been sidelined with right knee soreness.

Kings: Fox was whistled for a technical after being hit with an offensive foul in the third quarter. … Bagley started at center for the first time this season. Part of that is a result of Richaun Holmes being out with a right shoulder injury. Holmes missed his fourth straight game and will be re-evaluated in two to three weeks. Bagley had 12 points and seven rebounds. … Bogdan Bogdanovic (right ankle soreness) did not play.

Mavericks: Play the Trail Blazers in Dallas on Friday. Portland beat the Mavs at the American Airlines Center in October.

Kings: Face the Jazz in Utah on Saturday.