DALLAS — Luka Doncic had 20 points, 12 assists and 11 rebounds for his third triple-double in five games, and the surging Dallas Mavericks withstood a late run by the Oklahoma City Thunder to win, 104-102, on Monday night (Tuesday, Manila time).

Dallas led by 22 points during the third quarter, but the Thunder cut a seven-point fourth-quarter deficit to two with 3.5 seconds left on Ty Jerome's 3-pointer. Oklahoma City then fouled Josh Green with 2.9 seconds to go, and Green missed both free throws.

After the ball was advanced to the forecourt, Josh Giddey threw a cross-court inbound pass for Mike Muscala, but Tim Hardaway Jr. won the battle for the ball.

Dorian Finney-Smith added 17 points and 10 rebounds and Kristaps Porzingis had 13 points, eight rebounds and four blocks for the Mavericks (25-19), who have won three straight and nine of their last 10.

Doncic did most of his scoring at the free-throw line, where he hit 12 of 14. He was 4 for 17 from the floor, missing all six of his 3-point shots.

"I try to do other things better because obviously I couldn't make nothing," Doncic said.

"He's gotten great looks (from distance)," Mavericks coach Jason Kidd said. "He's just got to keep shooting them. That's it. I think we've seen the best shooter in the world not make all his shots in (Steph) Curry."

Shai Gilgeous-Alexander scored 34 points to lead the Thunder, who have dropped seven of their last eight games.

"It's a testament for him to score a pretty efficient 34 when he's getting guarded like that," Thunder coach Mark Daigneault said. "An indicator that he's learned how to find his cracks (in the defense)."

Giddey said he thought Muscala would be open for the final shot with the Mavericks concentrating on Gilgeous-Alexander.

After Dallas scored 13 straight points to take a 70-48 lead with 6:13 left in the third quarter, the Thunder responded with a 22-2 run — including 11 of Gilgeous-Alexander's 15 points in the period — to close within 72-70 in the quarter's final minute. 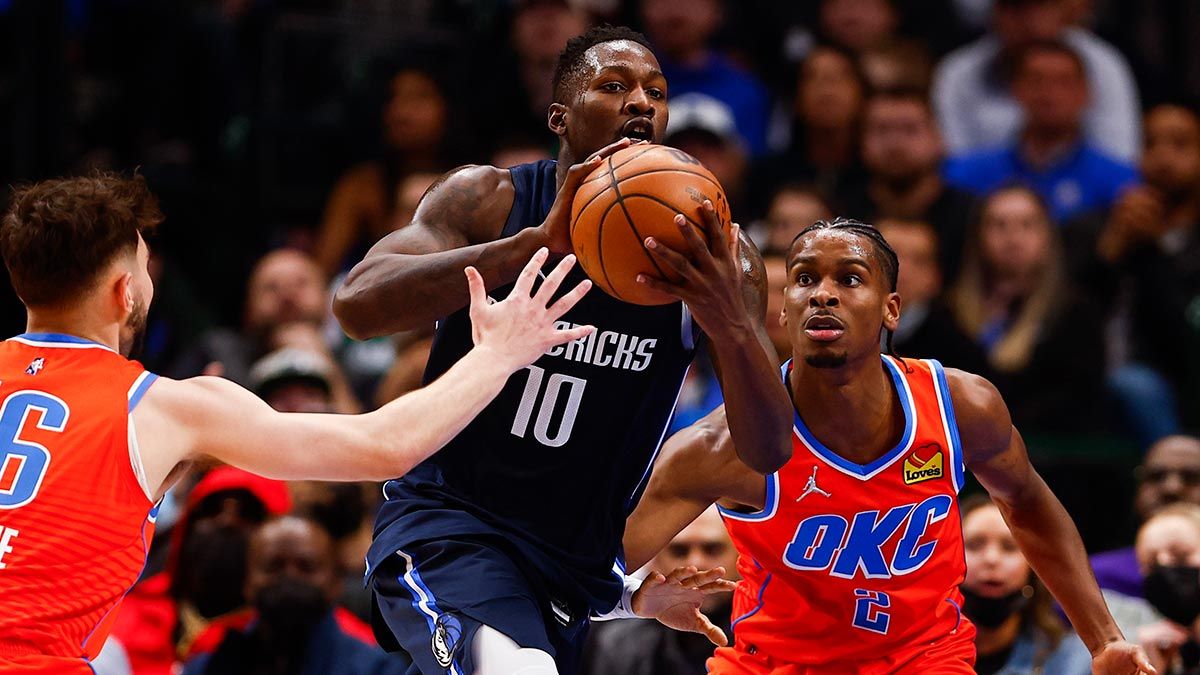 Doncic has 41 career triple-doubles, five this season. The other 349 players who have ever played for the Mavericks have a combined 40.

Porzingis played 27:33 in his second game back after missing seven straight while in the NBA's health and safety protocol. He left the game for good with 3:51 to play with Dallas leading 94-91 and appeared upset when subbed out. Kidd said he's not yet ready to play Porzingis more than 30 minutes a game.

"I got a bit frustrated in that moment, and that was it," Porzingis said. "We moved on."

The Thunder's last four losses have been by four, four, five and two points.

"We all know we're heading in the right direction," said Luguentz Dort, who had 18 points and seven rebounds.

Thunder: Oklahoma City went into play last in the NBA averaging 100.8 points and is 12-12 when it scores in triple digits. ... Giddey ran his streak of consecutive games scoring in double figures to eight with 10 points. ... With Darius Bazley returning to the starting lineup following 10 games off the bench replacing 30-year-old Derrick Favors, the most experienced OKC starter was Gilgeous-Alexander, in his fourth season. Bazley shot 1 for 8 and had two points and six rebounds in 19 minutes.

Mavericks: Dallas came in allowing 102.7 points per game, the third fewest in the league. During its run of nine wins in 10 games, it has given up an average of 94.5 points per game. … Doncic has scored 20 or more points in seven consecutive games. ... Forward Maxi Kleber left the game in the third period with left knee soreness. ... Reserve forward Reggie Bullock, averaging 6.4 points in 23.9 minutes per game, sat out with right knee soreness.

Thunder: Wednesday at San Antonio for the second game of a four-game road trip.

Mavericks: Host Toronto on Wednesday in the first of a home back-to-back.