NEW ORLEANS — Luka Doncic scored 18 of his team-high 28 points in the first quarter and dished out 14 assists in 27 minutes to power the Dallas Mavericks to a 139-107 win over the New Orleans Pelicans on Wednesday (Thursday, Manila time).

"That's pretty cool," Dallas coach Jason Kidd said. "To break a record like that with so many great offensive teams that the Dallas Mavs have had just shows the carryover and the response that this team has had after the last two outings. I thought everybody touched it. We got wide-open looks, that we've been getting, but they started to go down for us."

Doncic went 7 of 8 from the floor in the Mavericks' 41-point first quarter — their highest-scoring period of the season in which they shot 73% from the floor (16 of 22).

Kristaps Porzingis added 20 points and 10 rebounds for Dallas, which had lost five of its previous six games.

"Luka was phenomenal tonight," Porzingis said. "He started off the game hot himself, and then he was sharing the ball. Our energy was there right from the beginning because we shared it. It was a chain reaction, starting from him, and we got great looks."

"It was a great game," Doncic said. "We came out with a lot of energy, and I think we moved the ball pretty good. Those shots were open, so we knocked them down."

New Orleans, which entered having won three of their last four games, was paced by Brandon Ingram with 29 points.

Doncic, who was coming off a triple-double performance against Cleveland on Monday, finished 11 of 16 from the field. He did most of his early damage against rookie forward Herb Jones, a second-round pick who has drawn praise for his defense.

"We just let him get into the paint," New Orleans coach Willie Green said of Doncic. "We've just got to bring more toughness." 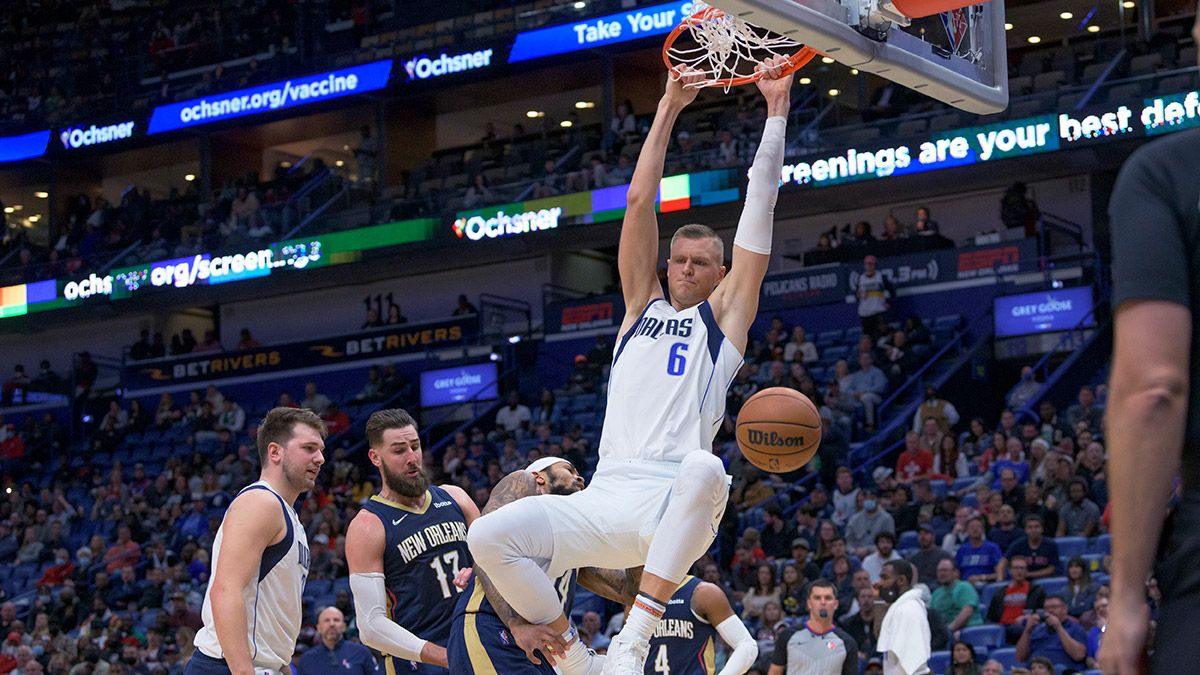 Mavericks: Doncic scored or assisted on 19 of the Mavs' 28 first-half field goals. He also joined Damian Lillard and Trae Young as the only players with multiple 20-point, 10-assist halves since 2018-19. … C Kristaps Porzingis, who left with a sprained right ankle in Monday's game, returned to the lineup. … G Reggie Bullock started in place of G Tim Hardaway Jr. … G Frank Ntilikina sat out with a calf strain and C Willie Cauley-Stein missed the game for personal reasons.

Pelicans: G Josh Hart was sidelined with left knee soreness. … After a 7-of-8 performance from long range against the Clippers on Monday, C Jonas Valanciunas entered the game as the NBA's top 3-point shooter (51.7%) but missed all four shots from long range.

Mavericks: Host the Pelicans on Friday in the second of a home-and-home series.

Pelicans: At Dallas on Friday.