DALLAS — Just when the Dallas Mavericks finally earned home-court advantage in the playoffs for the first time since winning the NBA title 11 years ago, they could face multiple games without their top player.

Star point guard Luka Doncic strained his left calf in the regular-season finale and didn't practice all week leading into the Western Conference first-round opener against the Utah Jazz on Saturday (Sunday, Manila time). Doncic is listed as doubtful for Game One.

The Mavericks surged to the fourth seed by going 36-12 from New Year's Eve on after a 16-18 start. The fifth-seeded Jazz finished 4-7 to fall below the Mavericks.

In a meeting that was crucial to Dallas catching Utah, Doncic scored 32 points in a 114-100 win while defensive stalwart Rudy Gobert and 3-point threat Bojan Bogdanovic sat for the Jazz.

Now the only NBA player to average at least 28 points, eight rebounds and eight assists could be sidelined while Utah, led by Donovan Mitchell, is close to full strength. Dallas hasn't won a playoff series since the title season, losing in the first round six times.

"We prepared for Luka for this whole series," Jazz guard Mike Conley said. "We prepared for what it would look like without him. They're a team with a deep roster of guys who can make plays. They've shown they can do that over time."

If Doncic doesn't play, Spencer Dinwiddie and Jalen Brunson figure to be the first two scoring options for Dallas.

Dinwiddie, acquired from Washington in the trade that sent Kristaps Porzingis to the Wizards, had his highest-scoring game with the Mavericks (36 points) the first time he played without Doncic.

Brunson, drafted in the second round the same year Dallas traded up for third overall pick Doncic in 2018, has been starting alongside the three-time All-Star most of the season after being his backup their first three years together.

A year after his role diminished as the series went along in a seven-game loss to the Los Angeles Clippers, Brunson could end up in a leadership position similar to his days at Villanova, where he won two NCAA championships in three years.

"I'm not really too worried about putting pressure on myself," said Brunson, who averaged career bests of 16.3 points and 4.8 assists in the regular season. "I don't see it as pressure. I see it as opportunity." 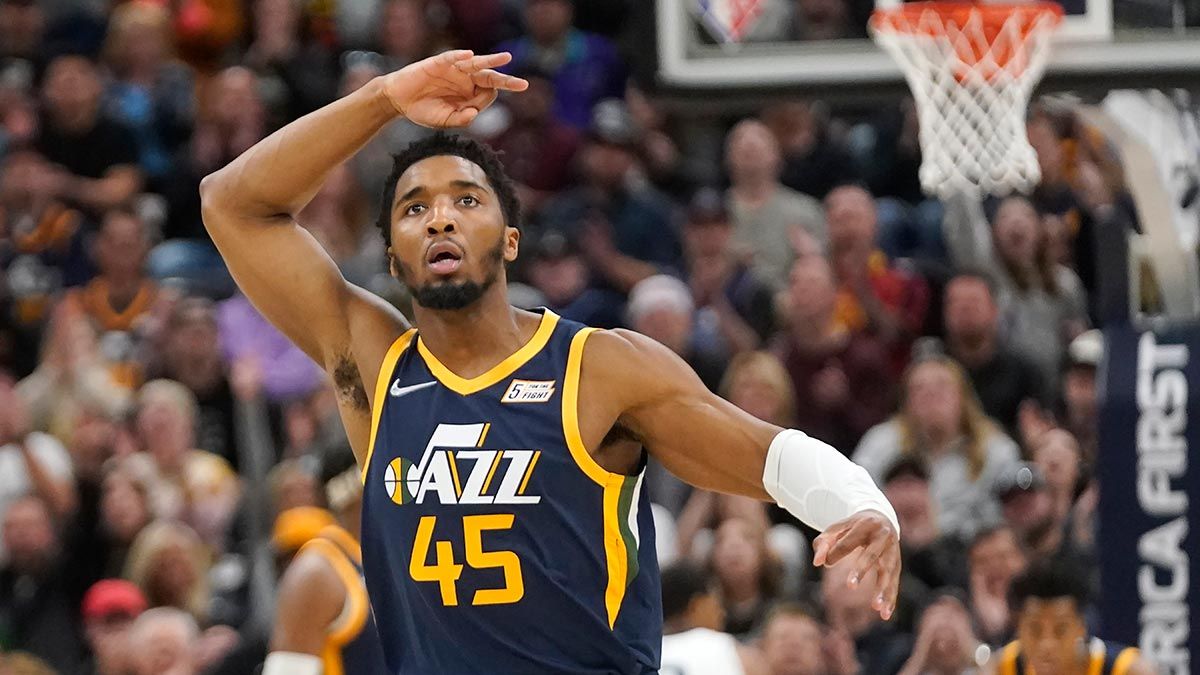 The Jazz led by Donovan Mitchell are close to full strength.

Mitchell's playoff prowess has been on display the past two years.

The three-time All-Star averaged a career-best 36.3 points on 52.9% shooting in a seven-game series against Denver two years ago. Last season, he averaged 32.3 points over 10 games against Memphis and the Clippers. Mitchell has averaged nearly five made 3s over his past 17 playoff games.

"I can see the way he's working right now in practice, before practice, and after practice," Gobert said. "Everything he does is at a high level."

The home court would appear to matter quite a bit in this series. The Mavericks are 58-36 all-time at home against the Jazz, playoffs included. Utah is 73-25 against Dallas in Salt Lake City.

One of those road victories for the Mavericks, though, was a playoff breakthrough for young Dirk Nowitzki and company in 2001. Nowitzki was making his postseason debut when Dallas won 84-83 in the deciding Game Five.

The Jazz enter the playoffs healthy for a change.

Mitchell was hobbled by a serious ankle injury late in the LA series, when the top-seeded Jazz won the first two games at home before dropping four straight.

"We got our guys focused on the right things and not what's going on outside," Conley said. "We're now able to lock ourselves in and just go after something we all want."

ALL RIGHT UNDER KIDD

In his Dallas coaching debut, Jason Kidd has led the Mavericks to their highest seed since he was the point guard on the 2011 title team led by Nowitzki.

Dallas last had the home court in a five-game victory over Kevin Durant, James Harden, Russell Westbrook and Oklahoma City in the West finals. The Mavericks beat LeBron James, Dwyane Wade and the Miami Heat in the NBA Finals.