Dort made 14 of 22 shots and had the second-best points total of his career.

Shai Gilgeous-Alexander had 15 points, nine assists and seven rebounds, and Josh Giddey added 14 points and 11 rebounds for the Thunder. They snapped a two-game skid with their largest victory margin of the season.

The Rockets have lost 13 straight. Houston beat Oklahoma City, 124-91, about a month ago for its only win of the season. This time, the Thunder held the Rockets to 35.6 percent shooting. It was the fewest points the Thunder have allowed in a game this season.

The Thunder opened the game up late in the second quarter to take a 53-41 lead at the break.

Giddey scored six straight points on three baskets to put the Thunder up 65-52 early in the third quarter. Oklahoma City led 80-64 heading into the fourth.

The Rockets scored the first seven points of the final quarter to cut Oklahoma City's lead to single digits.

Houston trimmed the Thunder lead to seven before Dort hit a three as the shot clock expired to push the lead back to 10 with just under seven minutes to play. Dort's one-handed putback dunk with about two minutes to play put the Thunder up 97-87. 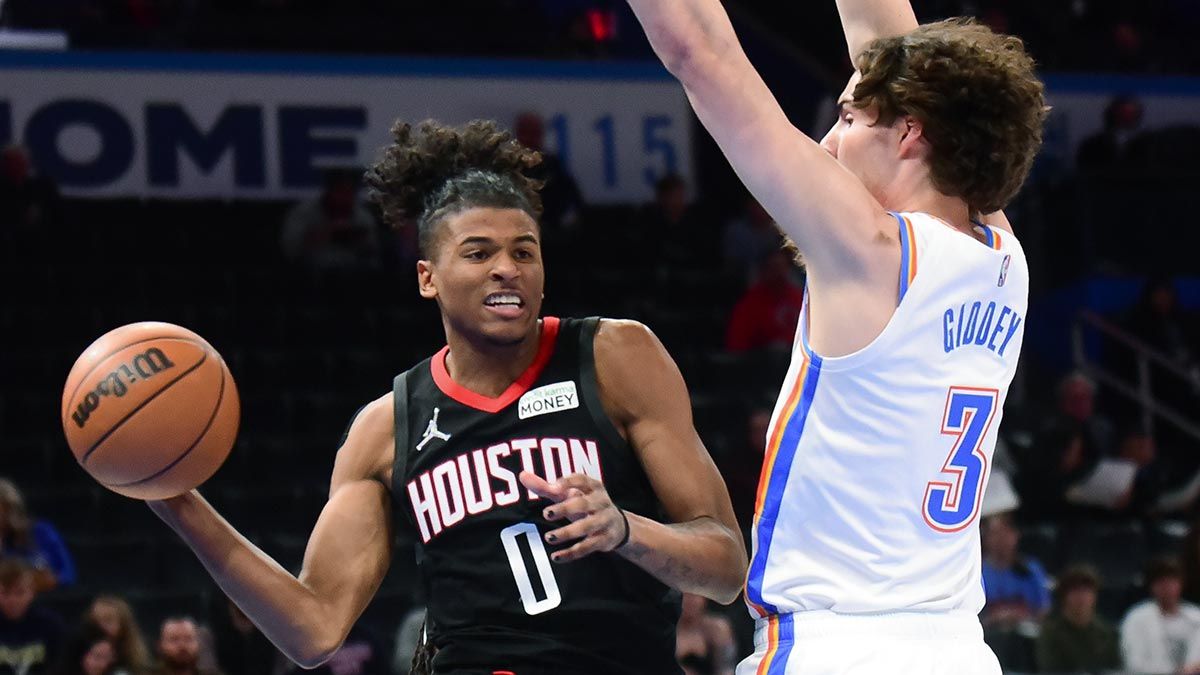 Thunder: Dort scored 11 points in the first quarter. ... Gilgeous-Alexander had four steals in the first half. ... Thunder guard Tre Mann sprained his right ankle in the third quarter and did not return.

Rockets: At New York on Saturday.

Thunder: At Milwaukee on Friday.