DETROIT — Lonzo Ball scored five of his 17 points in overtime and the New Orleans Pelicans beat the Detroit Pistons 117-110 on Monday (Tuesday, Manila time) in a matchup of injury-depleted teams.

Detroit, which trailed by 16 with 11 minutes to play, tied the game at 100 on Derrick Rose's bank shot with 30 seconds left. E'Twaun Moore missed two short jumpers, giving Detroit the ball with 14 seconds remaining, but Rose missed at the buzzer.

The Pelicans opened overtime with a 9-2 run, including five points from Ball, and Rose had two turnovers in the last 90 seconds.

New Orleans has won three of four and is now 9-4 after a 6-22 start. Jahlil Okafor had 25 points and 14 rebounds while Nicolo Melli scored 20 points and Moore had 16. 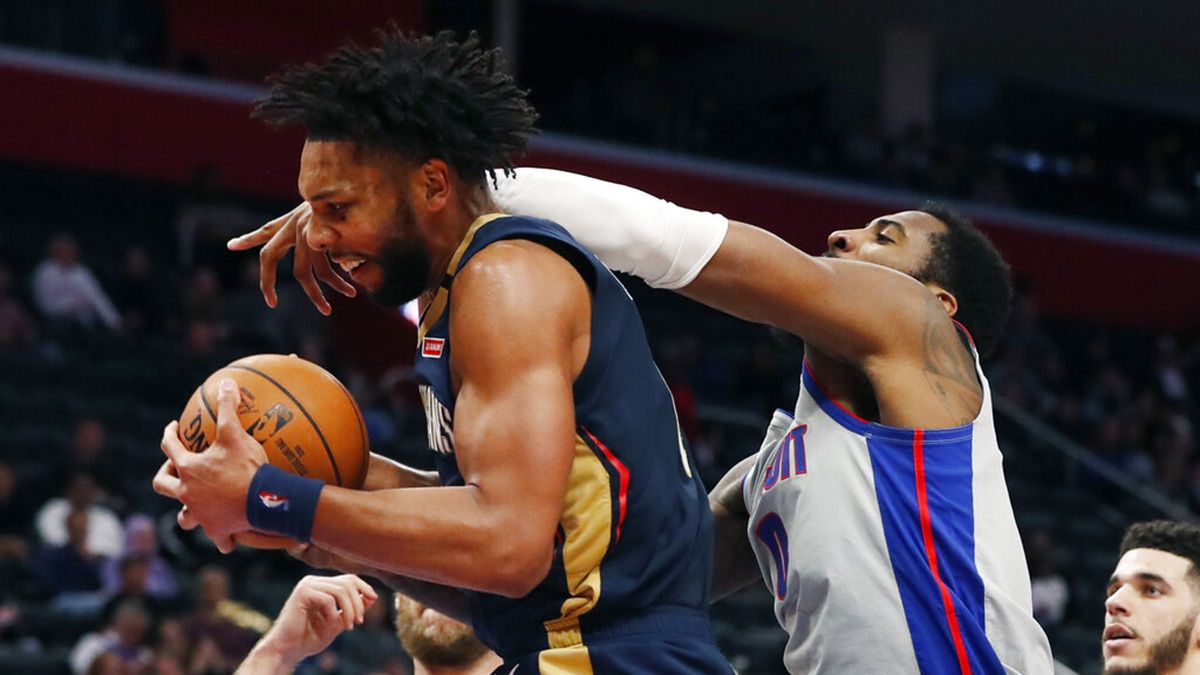 Jahlil Okafor wins the battle for a board against rebounding leader Andre Drummond.

The Pistons lost their third straight and their 12th in the last 15 games. Rose had 23 points and eight assists, while Christian Wood added 18 points and nine rebounds. Rookie Sekou Doumbouya scored 16 points.

Okafor had 19 points and eight rebounds as the Pelicans took a 63-52 halftime lead.

Detroit narrowed the gap to seven at the start of the third, but Melli answered with a 3-pointer. The Pelicans kept the gap in double figures for the rest of the quarter, going into the fourth with an 89-77 lead.

Doumbouya's transition dunk cut it to 97-91 with 6:05 left, and Rose followed with a layup in traffic. Josh Hart and Wood traded 3-pointers, and another layup by Rose pulled the Pistons within 100-98.

Pistons: Guard Jordan Bone, who came into the game with six NBA minutes over three games, was inserted into the game in the first quarter as part of a three-guard second unit. Bone finished with no points in eight first-half minutes.