NEW ORLEANS — Lonzo Ball hit seven 3-pointers and capped a 33-point performance with a step-back jumper with 25.3 seconds left, followed by four free throws in the final 15 seconds, and the New Orleans Pelicans pulled out a crucial 108-103 victory over the Golden State Warriors on Tuesday night (Wednesday, Manila time).

Stephen Curry, who had 37 points and hit eight 3-pointers, missed a deep jumper that could have given Golden State the lead in the final 20 seconds. Mychal Mulder briefly appeared to have a long offensive rebound in his grasp when Zion Williamson stole it and drew a clear path foul from Draymond Green.

Williamson, who had 23 points and 12 rebounds, hit his free throws. The Warriors then fouled Ball twice more after that, but Ball didn’t miss and New Orleans pulled within three games of a Western Conference play-in position with six contests remaining.

Ball’s big night came just 24 hours after he’d missed 15 of 18 shots in a loss to the Warriors. After his last jumper, he briefly turned to the stands with his chest bowed out.

Eric Bledsoe scored 14 points and Brandon Ingram 13 for the Pelicans. But Ingram, one of New Orleans leading scorers, went to the locker room with 4:39 left in the third quarter because of a left ankle sprain and did not return.

Andrew Wiggins scored 26 points and Green contributed 12 rebounds and nine assists for the Warriors, who took the first of back-to-back games in New Orleans on Monday night, 123-108.

The Pelicans were far more competitive in the rematch.

Although Curry produced at much the same rate as a night earlier — when he also made eight 3s and scored 41 — New Orleans played better offensively, which reduced Golden State’s transition chances. The Pelicans also defended more effectively off the ball, preventing players other than Curry from getting the type of easy baskets they’d gotten on Monday night.

Neither team led by double digits the entire game, but Golden State led for much of the second half before Ball helped spearhead a 29-18 run to close the game, twice tying the game with 3s in the final 3:18.

Golden State’s largest lead of the first half came when Poole’s 3 made it 50-43. But Ball and Williamson made consecutive driving layups and Ball added a 3 to tie it at 50.

After Curry’s 3 and floater lifted the Warriors back in front, Williamson responded with a pair of contested inside baskets, the last on a drive across the lane to pull the Pelicans to 57-56 at halftime. 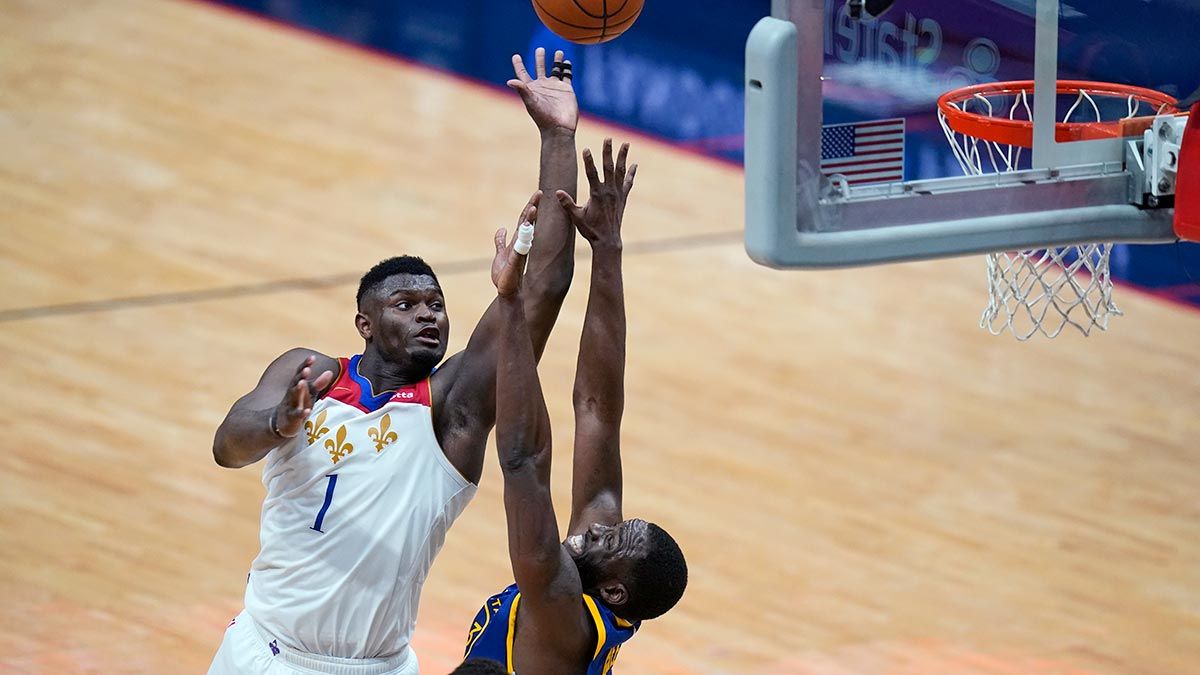 Pelicans: Center Steven Adams played for the first time in four games and had eight rebounds before reinjuring his toe while diving to save a ball from going out of bounds in the second half. ... Williamson’s double-double was his 14th this season. ... Naji Marshall scored 10 points and Jaxson Hayes scored eight, including two baskets in the Pelicans’ final surge, to go with nine rebounds.

Pelicans: Begin a five-game road trip in Philadelphia on Friday.