NBA presents LeBron vs Steph in high-stakes clash, and it’s not the playoffs yet

Oh, what a way to get into NBA playoff mode.

The matchups for the NBA's new play-in tournament are set. It starts on Tuesday night (Wednesday, Manial time) with the Eastern Conference: No. 10 Charlotte at No. 9 Indiana, and No. 8 Washington at No. 7 Boston. And things shift to the Western Conference on Wednesday night: No. 10 San Antonio at No. 9 Memphis, and No. 8 Golden State at the seventh-seeded Los Angeles Lakers.

LeBron James and Stephen Curry have squared off four times for championships, back in the days of those Warriors-Cleveland matchups in the NBA Finals being annual events. They'll square off Wednesday for a slightly different prize — the No. 7 seed in the West playoffs, but it'll still be a game loaded with hype and intrigue.

"It'll be a different scenario, but another chapter in it," said Curry, the NBA's scoring champion this season for the second time in his career. "At the end of the day, you expect greatness. That's the part I've enjoyed so much about playing in the finals against him ... those games that matter, it just brings out another level of intensity and excitement and a sense of urgency about it, because you know how good you have to play to win games like that."

The Lakers are still the second choice to win the NBA title, according to FanDuel, behind only Brooklyn. And they're the favorites to win the West. Problem is, technically, they're not in the playoffs yet — and need a win in the play-in round, Wednesday or Friday if necessary, just to get back to the postseason and have a chance to defend their championship.

James said he considers Curry the MVP of the NBA this season. He's eager to cross paths in a big-time moment with Curry and the Warriors once again, and said he'll take a playoff-game approach to the play-in.

"They've got championship DNA as well," James said. "They've been there. They know what it takes and what it feels like to be in pressure games."

Confidence, among the Lakers, does not appear to be in short supply. They've been banged up all season, were with James and Anthony Davis for long stretches, and might have gotten another scare when James appeared to tweak his problematic right ankle in the latter stages of Sunday's finale in New Orleans.

James said afterward that he'll be fine, ready for what comes next. He made headlines a couple weeks ago when he said the person responsible for coming up with the idea of the play-in tournament at the NBA should be fired. If the Lakers don't win one of their next two games and wind up missing the playoffs, his opinion of the tourney will figure to get worse.

"We're getting healthy at the right time," Lakers veteran Jared Dudley said. "And nobody wants to see a healthy Lakers team." 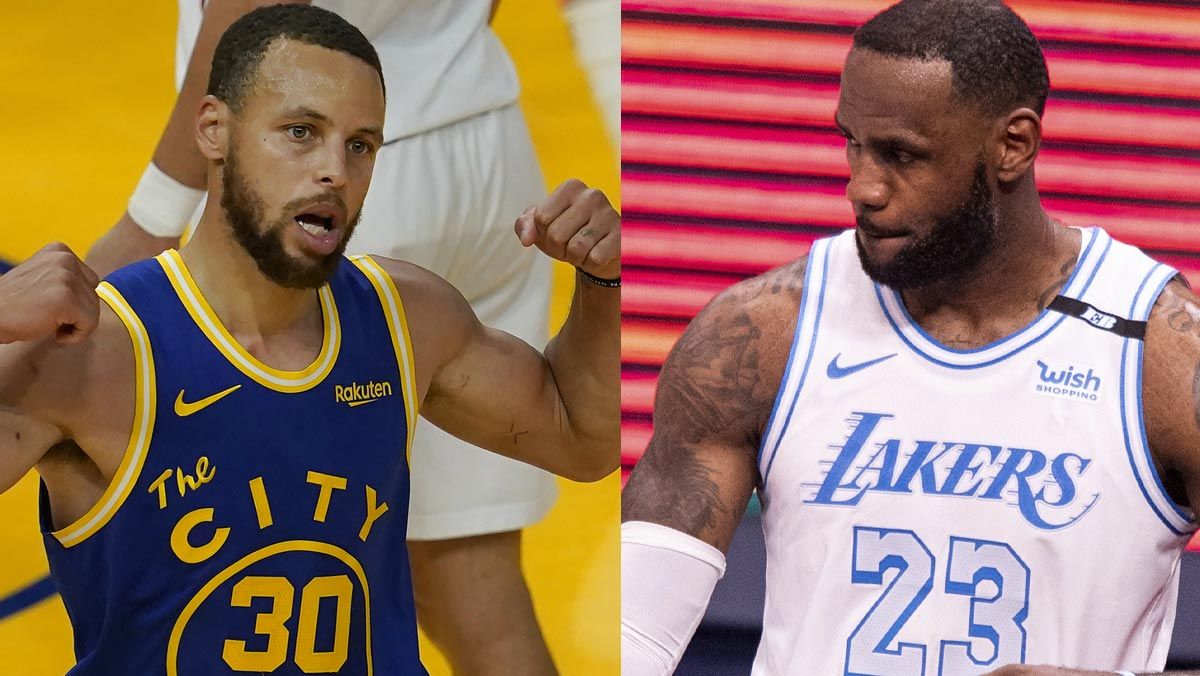 Under the old system, the Lakers, Warriors, Celtics and Wizards would be in the playoffs. The Grizzlies, Spurs, Pacers and Hornets would be out.

Getting to the No. 8 spot for the play-in round in the East is a massive comeback for the Wizards, who started the season 0-5 and 3-12, were shut down for two weeks in January for coronavirus-related issues, had to play 38 games in the season's final 67 days to make up for lost time and were 17-32 early last month.

They're 17-6 since. The play-in was their path to saving the season.

"I'm with the King, man. Why do they have this play-in thing? Whoever did that, they need to be fired," Washington coach Scott Brooks said, tongue firmly in cheek behind his mask. "No, I'm kidding. I love this. It created so much excitement the last two weeks, and as we all know anytime you can create excitement and meaningful games in the last 10 games of the season it's great for everyone involved."

The 7-8 game winners in each conference go to the playoffs as No. 7 seeds; the West winner will play Phoenix in the first round, the East winner draws a matchup with Brooklyn. The 7-8 game loser will play host to the 9 vs. 10 winner in each conference; whomever prevails there will be the No. 8 seed and meet either Utah — the NBA's overall No. 1 seed — out West or Philadelphia in the East.

But before the playoffs officially begin this weekend, LeBron vs. Steph, a pair of guys who just happened to both be born in Akron, Ohio, looms.

"You're talking about two of the greatest players of all time," Warriors coach Steve Kerr said. "Both guys are still playing at such an elite level. And of course, four meetings in the finals is going to create a rivalry. But there's obviously tremendous mutual respect between the two of them."

The other matchups are set: No. 3 Milwaukee faces No. 6 Miami and No. 4 New York plays No. 5 Atlanta in the East quarterfinals, while No. 3 Denver meets No. 6 Portland and the fourth-seeded Los Angeles Clippers drew No. 5 Dallas in the West quarterfinals.

Denver lost to Portland on Sunday, a result that kept the Blazers from the play-in — and kept the Nuggets from seeing the Lakers in Round 1.

Boston and the Lakers have the inside track to postseason spots. As the highest-seeded teams in the play-in, they will get two chances if necessary, both at home, to win just one game and make the playoffs.

"You win, you're in. You lose, you're not," Celtics coach Brad Stevens said. "I think that that's something that will add a great deal of intrigue to fans and people are going to be excited about it. But you've got to be appropriately prepared, again, to play a fast game with a clear mind."

"We're excited that we have the opportunity to keep playing," Kerr said.