LeBron says proponent of play-in tournament 'needs to be fired'

LOS ANGELES — The Los Angeles Lakers were dealt another disappointing loss, this time by the short-handed Toronto Raptors. But seeing LeBron James head to the locker room early served as a reminder it could have been much worse.

James left with 6:42 to play as the Raptors defeated the Lakers 121-114 on Sunday night. Los Angeles coach Frank Vogel said it was a precautionary move to pull James in his second game back after missing 20 because of a sprained right ankle.

James said he would wait to see how his ankle felt before deciding if he could play against Denver on Monday, but acknowledged it has yet to hold up for an entire game.

“The first half, it feels really good. Obviously warming up for the game, everything is going well,” said James, who had 19 points, seven rebounds and six assists. “Last two games at halftime, you know, after the break, it’s kind of gotten a little sore on me — a little tight.

"And obviously, Coach decided not to put me back in towards the end because of that, so that’s pretty much it.” 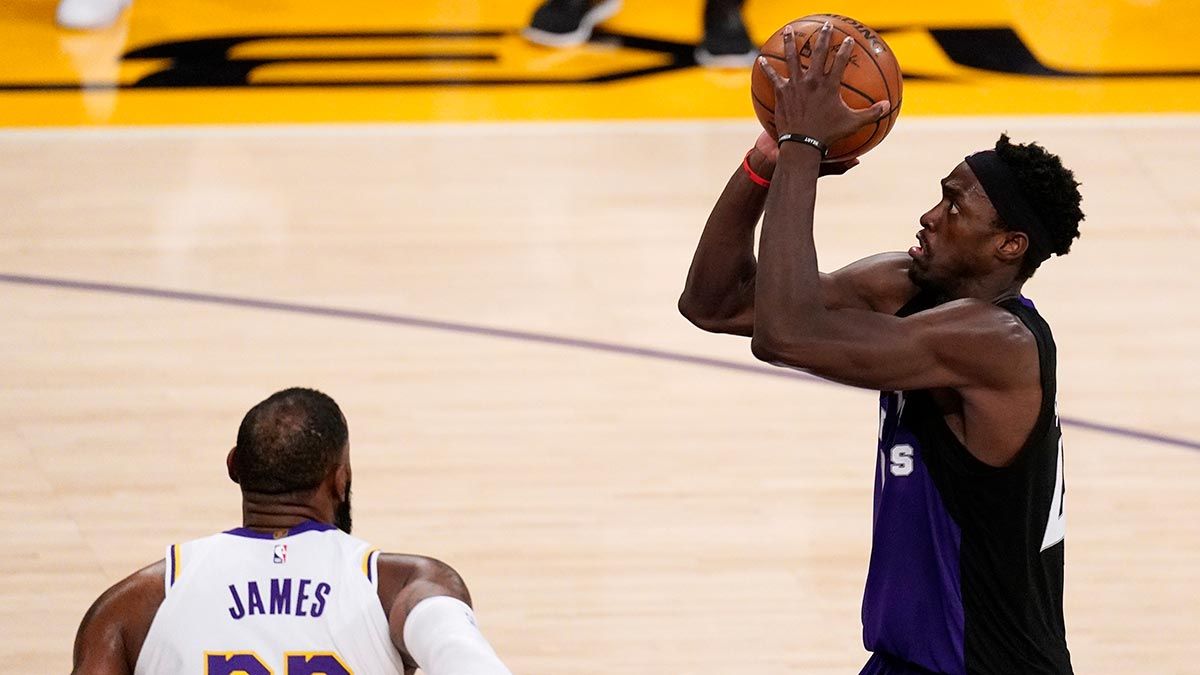 Kyle Lowry had 37 points and 11 assists, Pascal Siakam had 39 points and 13 rebounds and Toronto ended a three-game losing streak despite not having Fred VanVleet, OG Anunoby, Chris Boucher or Gary Trent Jr. available because of injuries or to rest after losing at Utah on Saturday.

DeAndre’ Bembry had 14 points off the bench and the Raptors led by as many as 21 to hand the defending NBA champion Lakers another baffling defeat.

The Raptors held off a late charge after Kyle Kuzma hit a 3 with 58.8 seconds to play to cut their lead to six before Bembry and Siakam hit free throws to seal it.

Siakim said being able to close out the win after failing to do so in other games recently represented a positive step.

“I think we've got to take care of the ball. Obviously, that’s the most important (thing in the fourth quarter),” Siakam said. “Staying solid, continuing to follow the game plan on defense, and I think that’s all we can do. Obviously, we know what’s happening and we talk amongst each other and then Coach (Nick Nurse) puts an emphasis on it too, so we've got to go out there and execute it.” 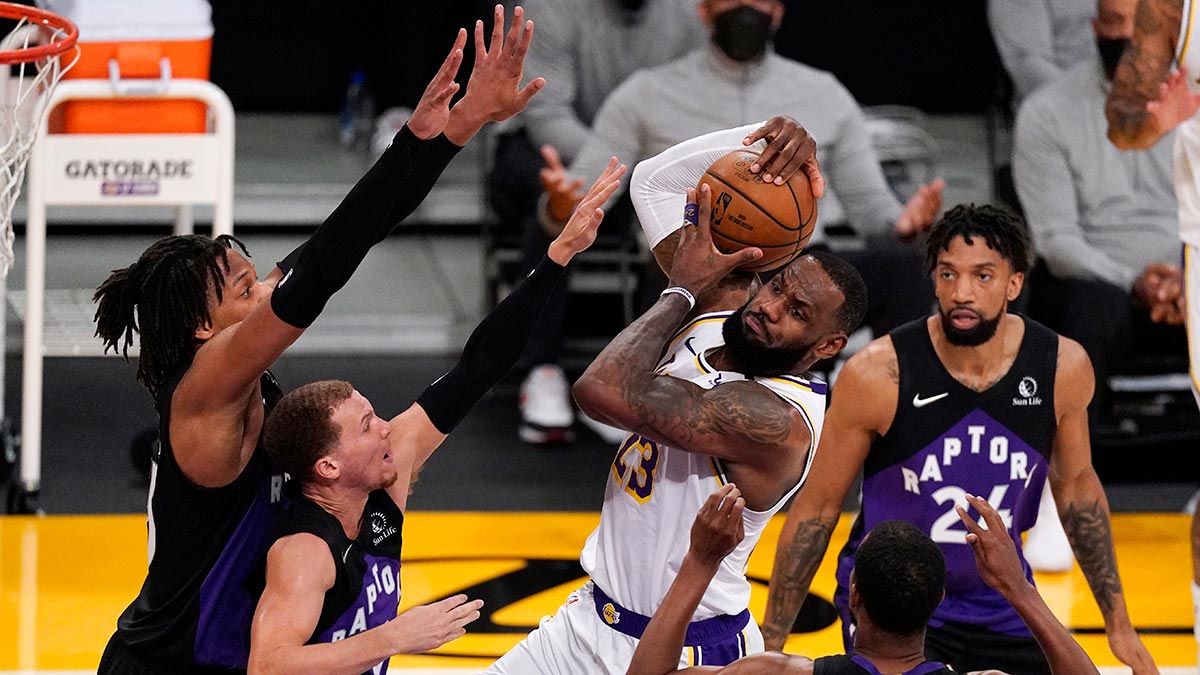 Despite seeing his team lose for the sixth time in seven games, James was more concerned with making sure the Lakers are at full strength for the playoffs. Although Anthony Davis and James were available, starting guard Dennis Schroder did not play after being placed in the league’s health and safety protocols.

“I think our team is predicated on health," James said. “That is the No. 1 thing for our ballclub. We’re a team that we need to be healthy and we need to be full, and if it’s not one thing, it’s the other. We show up today and our starting point guard is not in the lineup, so it’s like another blow for us.”

Davis was more blunt when assessing the Lakers’ recent struggles.

“This is the lowest we’ve been in a while, at least in the past two years," he said. “But the only way is up and we really can’t get any lower than this, so we've just got to set a course, stay together.”

The Lakers' third straight defeat left them in a three-way tie with the Dallas Mavericks and Portland Trail Blazers for fifth to seventh places in the West, putting them in danger of falling into the play-in tournament.

"Whoever came up with that s--- needs to be fired," the Lakers superstar said.

Kuzma had 24 points for Los Angeles, Davis chipped in with 12 and Andre Drummond had 19 points and 11 rebounds.

After trailing by as many as 12 points in the first quarter, the Raptors led 72-59 at the half after blitzing the Lakers for 40 points in the second. A rampaging Lowry had 13, including seven points in the final 70 seconds, and Bembry chipped in with 11.

The Lakers got back within 10 points early in the fourth quarter, but Lowry responded with a personal 8-2 run.

Lowry was 8 for 13 from 3-point range and 12 for 20 overall. Although he was linked to the Lakers at the trade deadline, Lowry said it didn’t factor into his dominant performance.

“There’s no extra motivation,” Lowry said. “I didn’t care about anything other than winning this game.”

Against the length of Davis and Drummond, Siakam had to rely on his jumper to create offense. He was 4 for 8 from 3-point range and just as effective with his floater in the lane.

“I’ve always felt like taking that,” Siakam said. “I’m just trying to get to the spot that I feel like it’s comfortable.”

Raptors: Freddie Gillespie had 11 points and seven rebounds. ... Siakam had 17 points in the first quarter. ... Toronto has used 30 different starting lineups in 65 games.

Lakers: While Kuzma was 8 for 16 from 3-point range, the rest of the Lakers were 5 for 13. ... It is Schroder’s second stint in the protocols. He missed four games in February after being exposed to someone who tested positive for COVID-19.

Raptors: At the Clippers on Tuesday.