CHICAGO — Players were taking charges, bodies were hitting the floor, calls and non-calls were being screamed about on both ends. The fourth quarter of the NBA All-Star Game was as intense as the final moments of a playoff game, the biggest stars in the league holding absolutely nothing back.

And in the end, Anthony Davis was a hometown hero by making a free throw.

Kobe Bryant — ever the competitor — would have simply loved the way this night went.

"That was pretty damn fun," a sweat-soaked, exhausted LeBron James said at the end. 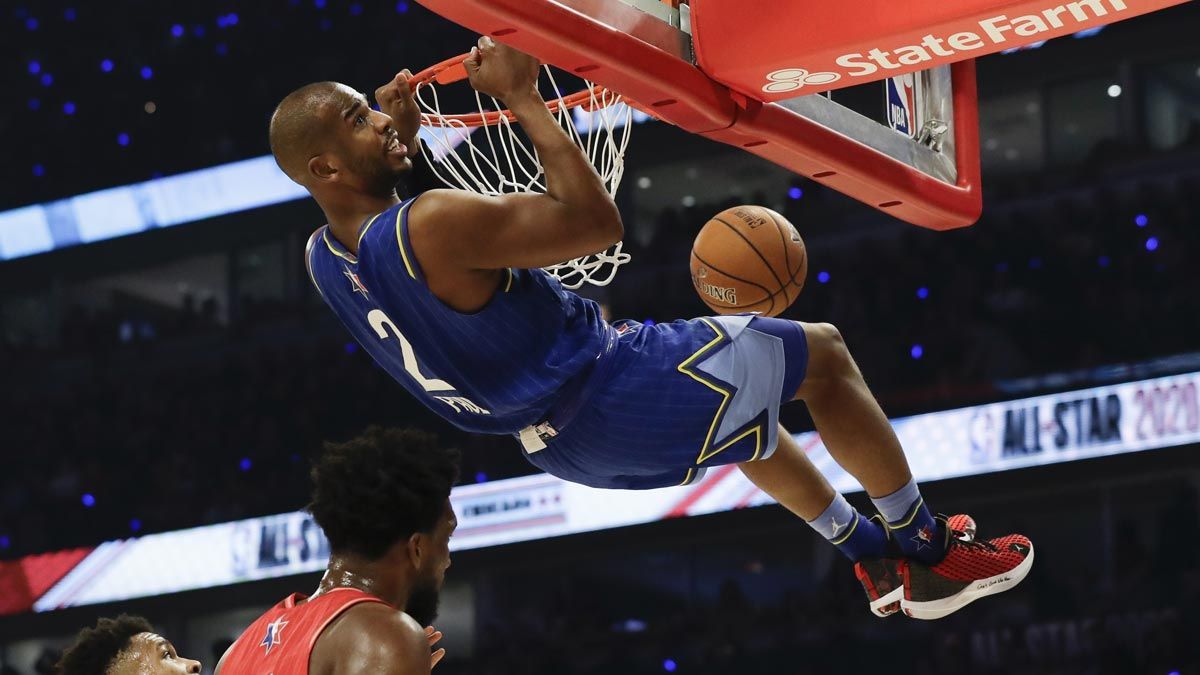 Davis made a game-ending free throw to give Team LeBron a 157-155 win over Team Giannis in the revamped NBA All-Star Game on Sunday night (Monday, Manila time), the format overhauled to put in elements for charity and ensure that someone was going to hit a shot to end the game.

That someone was Davis, the Chicago native who missed the first free throw and made the second to end the NBA's midseason showcase that went down as the closest All-Star Game since the Eastern Conference topped the Western Conference 141-139 in 2010.

Kawhi Leonard, the game's MVP, scored 30 points for Team LeBron, while James — his team's captain — and Chris Paul each scored 23, and Davis finished with 20. Giannis Antetokounmpo, who captained his team, led his squad with 25 points, Kemba Walker had 23 for Team Giannis, Joel Embiid scored 22 and Rudy Gobert added 21.

The finish was frantic, and then some. James tried a layup that would have put his team one point away — it was blocked by Antetokounmpo, called a goaltend at first but ruled a clean block after review. Team LeBron controlled the resulting jump ball and James tried a 40-footer to end it but missed. 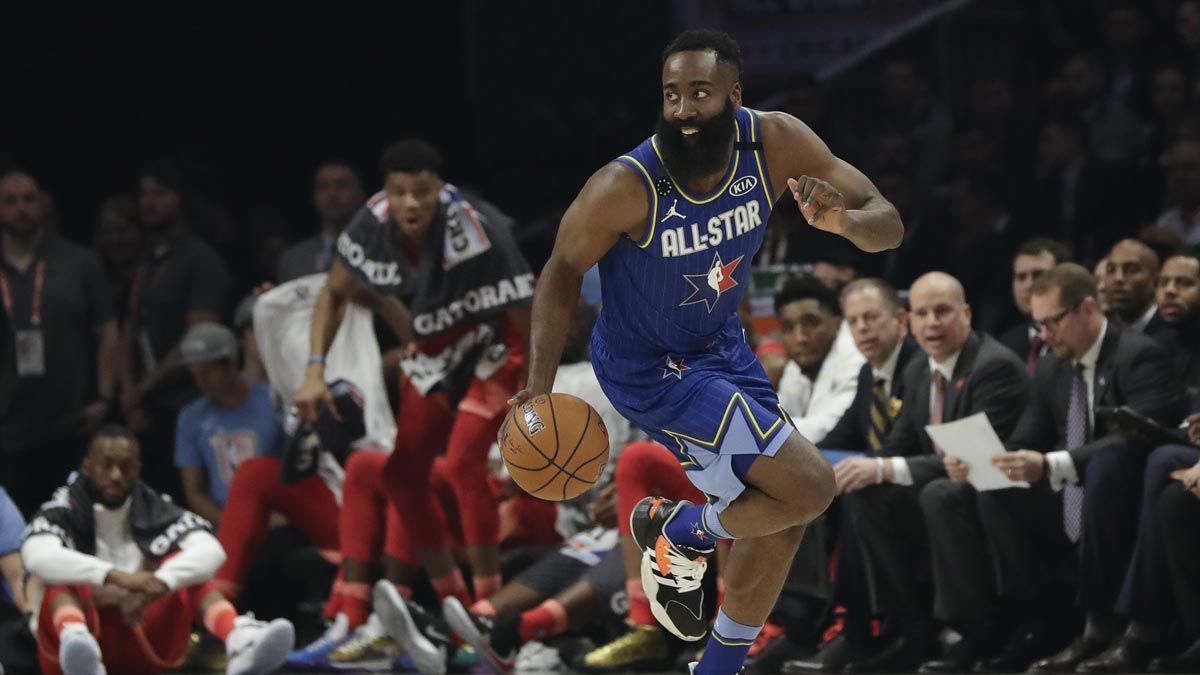 Harden had a chance to win it, and his 3-pointer went in — but it was waved off by Kyle Lowry taking a charge against the NBA's scoring leader. James got a dunk to make it 156-153, and Embiid made two free throws to cut Team LeBron's lead to one.

But Davis was fouled on the next trip, got the free throw to win it, and that was that.

"I told my team I was going to miss the first one to put a little more pressure on myself here at home," Davis said.

James' team wore blue jerseys, all with the No. 2 for Gianna Bryant. Antetokounmpo's team wore red, every player wearing No. 24 on the back for Kobe Bryant. And on their right shoulders was a black circular patch with nine stars, one for each victim of the helicopter crash that took the lives of Bryant, his daughter and their seven friends on Jan. 26. 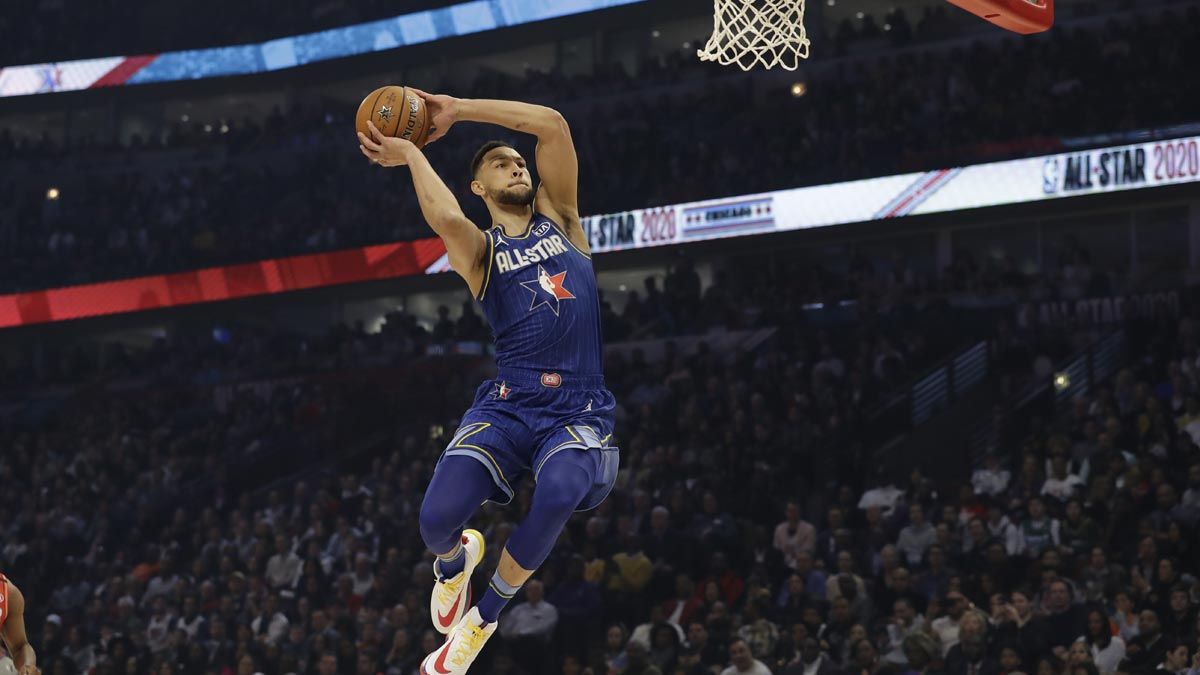 "His presence was felt," James said.

And with the new rules, they went at it in the fourth: Antetokounmpo got out to block a shot by James, Lowry took a charge from his former Toronto teammate in Leonard, elbows got up in collisions for rebound positioning, Chris Paul was screaming encouragement to Team LeBron teammates in a timeout - all adding up to an intensity hardly ever seen in All-Star Games.

It was the first All-Star Game with a new format: The teams played a mini-game in each of the first three quarters, the scores starting at 0-0 in each of those periods and the winning team in each one earning $100,000 for their Chicago-area children's charity. 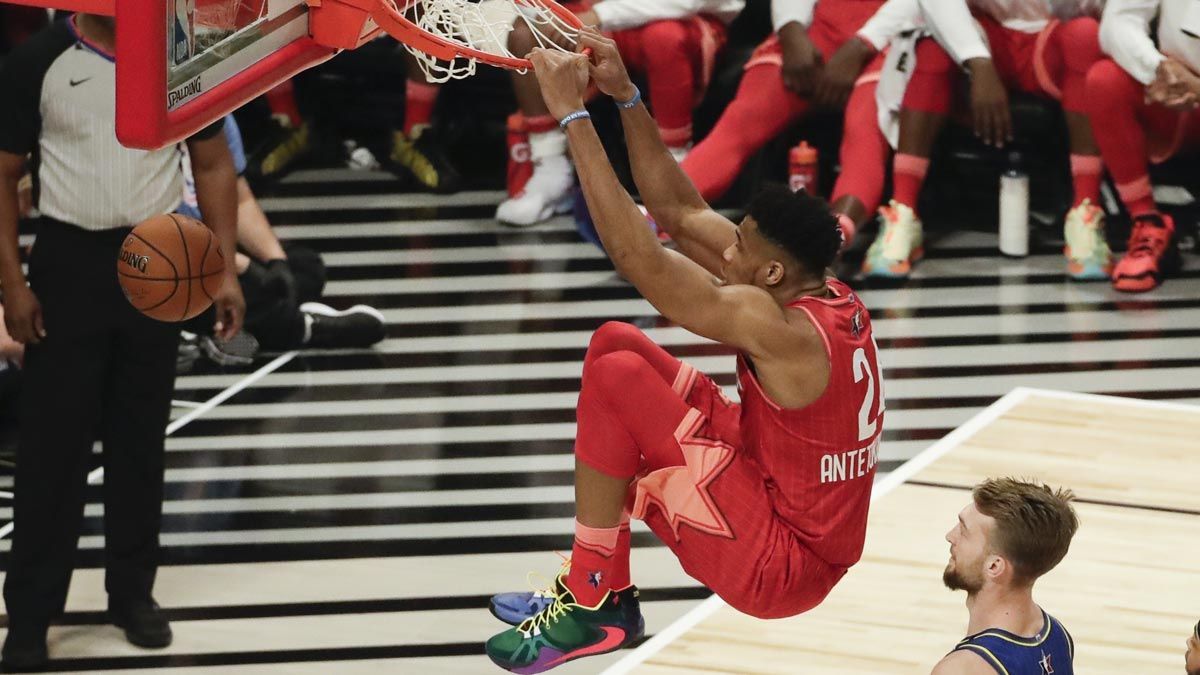 The third quarter had down-to-the-wire, big-money drama. Nikola Jokic hit a 3-pointer with 22.2 seconds left to give Team LeBron a 40-39 lead, prompting Team Giannis coach Nick Nurse of the NBA champion Toronto Raptors to call time — with the quarter win and $100,000 on the line.

But Team Giannis promptly turned the ball over, and Russell Westbrook made one of two free throws to push the Team LeBron lead to two. Trae Young then found Rudy Gobert for a dunk for Team Giannis with 2.2 seconds left, knotting the quarter score at 41-41. Westbrook missed a runner at the buzzer, and that $100,000 carried over to the fourth — putting $300,000 in all at stake in the final period.

The cumulative score at that point was Team Giannis 133, Team LeBron 124 going into the untimed fourth quarter — with another new twist. The NBA decided, as part of the series of Bryant tributes, that the winner of the All-Star Game would be the team that added 24 points, a nod to his jersey number, to whatever the leading total score was after three quarters.

That meant the target score was set: 157. The game clock was off. The shot clock stayed on. And the stage for drama was perfectly set. 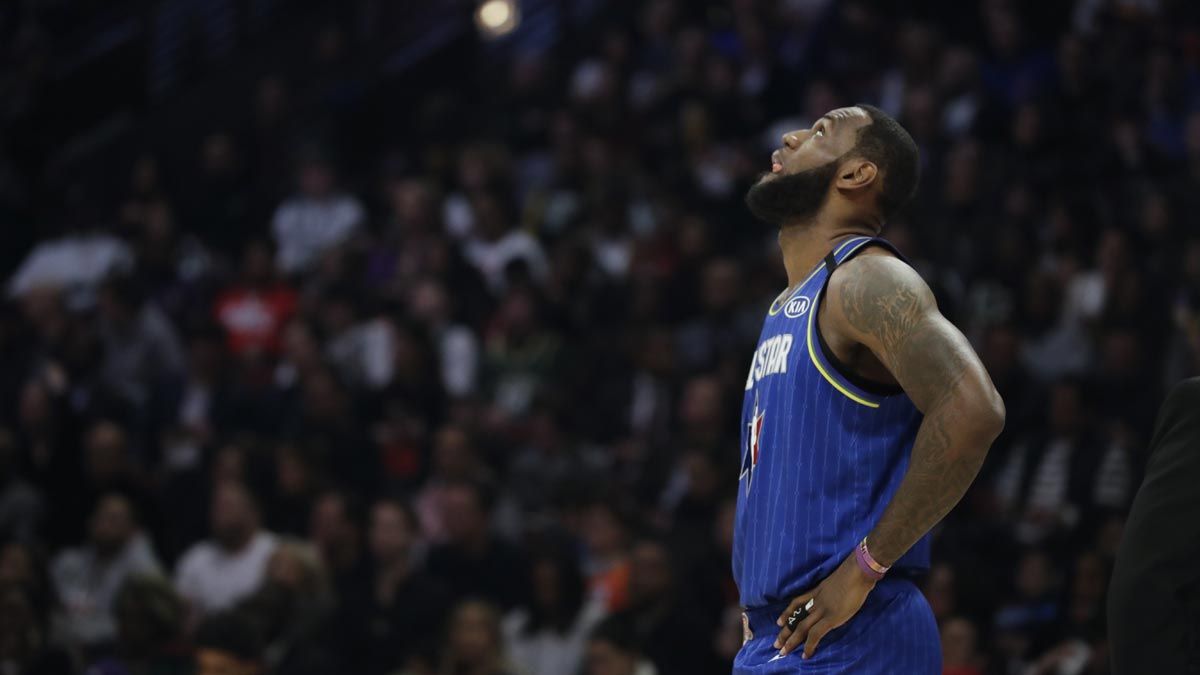 Team LeBron: Paul threw down an alley-oop dunk from Russell Westbrook in the second quarter. According to Basketball-Reference, Paul's last dunk in a regular season game came in December 2015. He had two playoff dunks since. ... Arvydas Sabonis, who was never an All-Star during his career, was in attendance to watch son Domantas Sabonis' All-Star debut.

Team Giannis: Young, no stranger to shooting from very deep, connected on a halfcourt shot to end the second quarter. ... Eight of Antetokounmpo's first 10 field goals were dunks — and he also missed a pair of slams in that span.

A list of some records set in the All-Star Game: Team LeBron tied a single-quarter record with 53 points in the first quarter, James set the record by starting a 16th All-Star Game (breaking a mark he shared with Bryant), James moved past Kareem Abdul-Jabbar for most All-Star minutes in a career.

Also there: Former Philadelphia star Allen Iverson, who wore Bryant's original No. 8 Lakers jersey along with a Lakers hat and drew roars from the crowd.