LeBron James triple-double, Lakers' 20 blocks too much for Pistons

LOS ANGELES — LeBron James had 21 points, 14 rebounds and 11 assists, and Anthony Davis had eight of the Los Angeles Lakers' 20 blocked shots in their fifth straight victory, 106-99 over the Detroit Pistons on Sunday night (Monday, Manila time).

Davis scored 11 of his 24 points in the final 3:40 and added 11 rebounds for the Lakers, who blew a late 11-point lead in a wild fourth quarter and nearly lost to a team with a losing record for the first time all season.

Instead, Alex Caruso scored 13 points and the Lakers finished one blocked shot short of their franchise record while they hung on to remain unbeaten since Christmas, when they had a four-game skid. Los Angeles had 21 blocks against Denver in April 1982.

James finished with his 90th career triple-double, his ninth of the season and his second in five days. 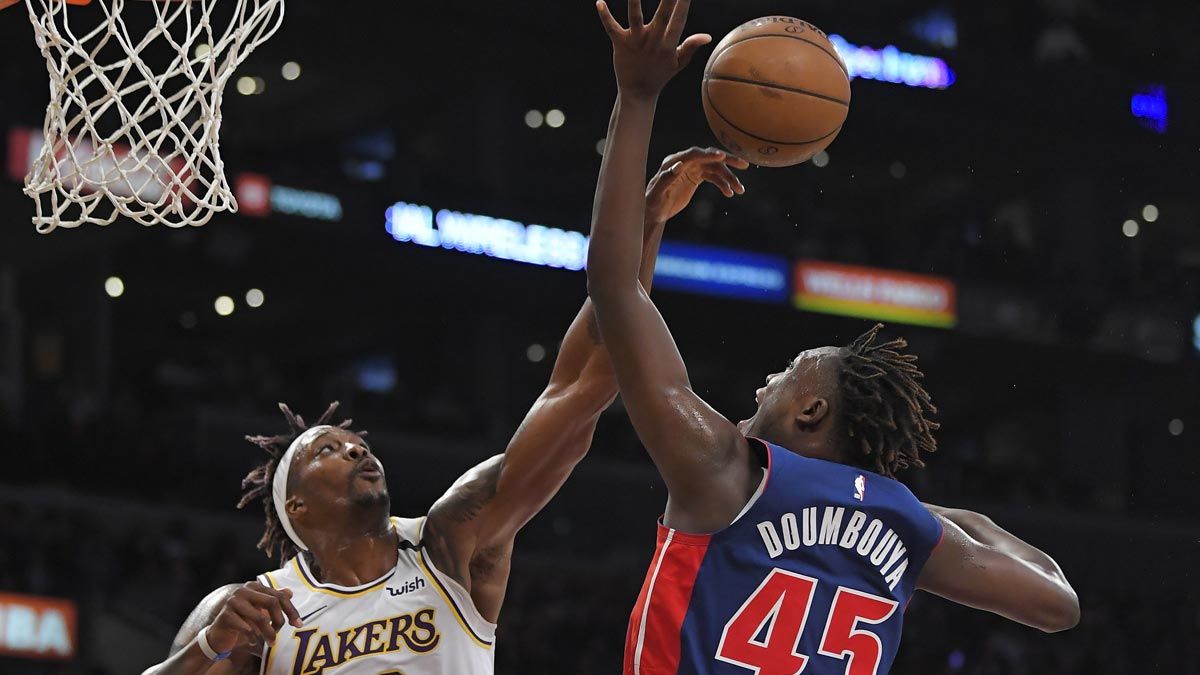 Derrick Rose scored 28 points and former Lakers guard Svi Mykhailiuk had 14 — one off his career high — for the Pistons, who have lost nine of 11 despite a strong effort against the Western Conference leaders.

Andre Drummond added 12 points on 2-of-13 shooting and 18 rebounds before fouling out late, and the Pistons finished the California portion of their six-game road trip with a heartbreaker.

The Lakers scored the first 15 points of the fourth quarter in a rally spearheaded by James and Caruso, turning a four-point deficit into a 90-79 lead. After finally scoring nearly five minutes into the quarter, Detroit strung together nine straight points and a 13-1 run to reclaim the lead with 4:51 left.

James' driving, two-handed dunk put the Lakers up 96-92 with 3:22 left, and Davis was unstoppable down the stretch.

After Rose hit a 3-pointer with 1:52 left to trim LA's lead to one point, Davis replied with a corner 3, and Dwight Howard got the Lakers' 20th blocked shot moments later. Howard finished with 11 points, nine rebounds and five blocks.

Avery Bradley sprained his right ankle shortly before halftime and didn't return for the Lakers. The starting guard missed 13 games earlier in this season with a hairline fracture in his leg.

The Lakers blocked eight shots in the first quarter alone, including four by Davis and three by JaVale McGee, who finished with six. Los Angeles blocked 12 shots and held Detroit to 35 percent shooting in the first half, but Rose and Drummond still kept the Pistons close. 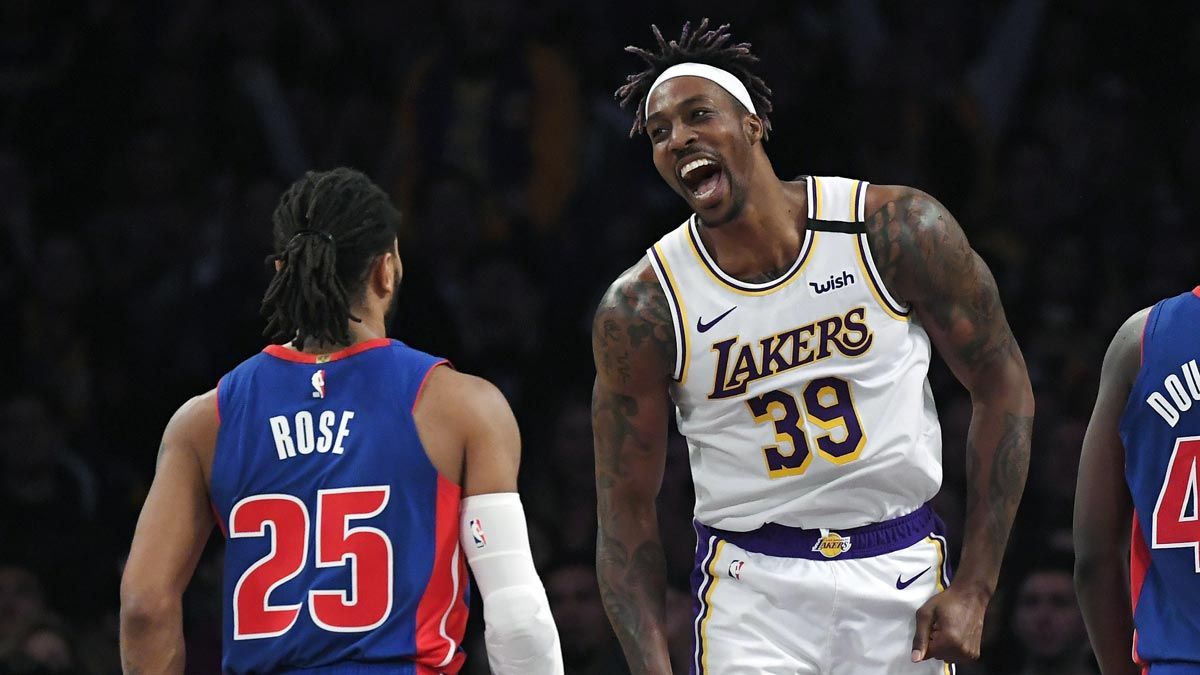 Detroit also stayed in it by making its first 21 consecutive free throws until Drummond missed midway through the third quarter. The Pistons still took their first lead late in the third on back-to-back 3-pointers by Mykhailiuk and Langston Galloway.

Pistons: Blake Griffin missed his fourth straight game with knee soreness. The injury forced the longtime Clippers star to miss both of Detroit's games at Staples Center this season. ... Coach Dwane Casey got a technical foul in the third quarter for arguing the severity of a foul call against James. ... Detroit again had five players out with injuries, leaving an 11-man active roster.

Lakers: Caruso had a strong game off the bench after missing Friday's game with tightness in his right calf. ... Ohio State defensive end Chase Young watched the game from courtside next to agent Rich Paul, who represents Davis and James. Young announced Friday he'll enter the NFL draft, where he could be the first overall pick. ... Coach Frank Vogel got a technical foul between the third and fourth quarters.

Bradley and Kentavious Caldwell-Pope both went to the Lakers' locker room shortly before halftime after apparently rolling their ankles. Caldwell-Pope walked it off and returned in the third quarter, while Bradley's sprain raised worries about the Lakers' perimeter depth, although X-rays were negative.

Pistons: Visit Cleveland on Tuesday to begin a home-and-home set with the Cavaliers.