LeBron insists he wasn't extra motivated vs MVP Giannis: 'It's all about team success'

He had more important things on his mind.

James scored a season-high 34 points in the opener of a seven-game road trip, helping the Lakers beat the Bucks 113-106 on Thursday (Friday, Manila time). He finished second to Antetokounmpo in last year's MVP balloting.

"It's never been about individual (honors)," said James, a four-time MVP. "It's all about the team success. That's all that matters. ... I just want to play well and help our team versus any opponent. That's what it's all about."

Los Angeles (12-4) bounced back after blowing a double-digit lead in the fourth quarter of a 115-113 loss to Golden State on Monday night. The Bucks (9-6) dropped their second straight.

This game pitted the reigning NBA champion Lakers against a Bucks team that posted the league's best regular-season record each of the last two years.

It was the first time the Lakers had faced the Bucks since the 2019-20 awards voting, which also had Antetokounmpo finishing just ahead of Los Angeles' Anthony Davis in the voting for defensive player of the year.

"That was last season, obviously," said Davis, who had 18 points, nine rebounds and six assists. "No one brought that up or talked about it. Our motivation was not losing two in a row tonight. We were able to get that accomplished." 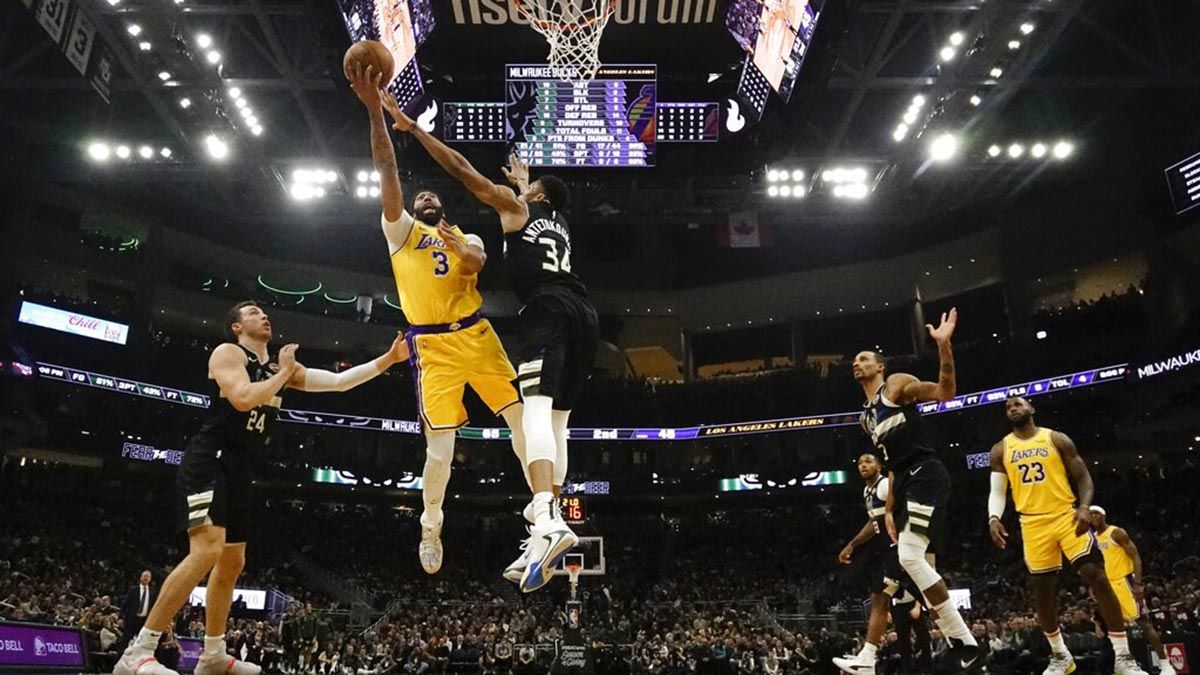 Antetokounmpo had 25 points and 12 rebounds for Milwaukee, but he also committed nine turnovers. Jrue Holiday scored 22 points for the Bucks, and Khris Middleton finished with 20.

The Lakers were ahead 63-57 after a first half that featured seven ties and nine lead changes. The Lakers outscored Milwaukee 20-8 over the last 5½ minutes of the second quarter, including Caldwell-Pope's 35-footer at the buzzer.

Los Angeles stayed ahead throughout the second half.

After trailing 98-87 with less than 7½ minutes left, the Bucks cut the deficit to 102-100 when Middleton drove the baseline and scored with 3:05 remaining. Caldwell-Pope answered by sinking a corner 3-pointer with 2:42 left.

The Lakers' lead didn't drop below four points the rest of the way.

Lakers: This game marked a return to Milwaukee for Lakers guard Wesley Matthews, who played for the Bucks last season. Matthews' Wisconsin ties go beyond that; he went to high school in Madison and played college basketball at Marquette. Matthews scored six points.

Bucks: This game was supposed to be the first of a back-to-back for the Bucks. That changed when the NBA postponed the Bucks' Friday night home game with Washington to an undetermined date. NBA officials said the game was moved "due to the number of unavailable players for the Wizards, contact tracing for other players on their roster, and the length of time preceding the game during which the team was unable to practice."

The Bucks host the Atlanta Hawks on Sunday before going on a three-game road swing.
___