The Lakers said James felt soreness in his left leg that appeared to occur after he backed down Paul George to draw a foul in the paint. James had sat out Monday's game at Utah to rest the persistent pain in his left foot, but he was having one of his best games of the season before his latest injury.

James, on pace to pass Kareem Abdul-Jabbar this season to become the NBA's career scoring leader, hit four 3-pointers and added eight rebounds and five assists against the Clippers while finishing one shy of his season high in points. 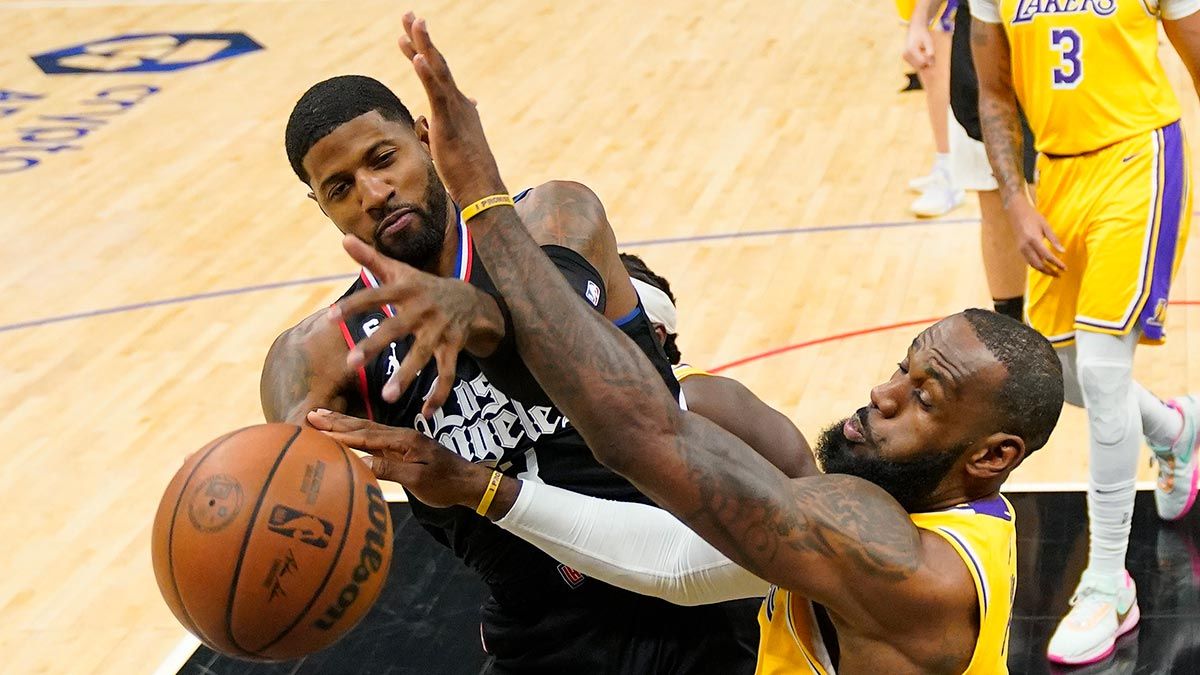 George scored 29 points as the Clippers extended their recent domination of their arena roommates with their ninth consecutive victory over the Lakers. Norman Powell added 18 points for the Clippers, who had seven scorers in double figures during their fifth victory in the past six games without injured star Kawhi Leonard.

Two days after making a spectacular late comeback from a 15-point deficit to beat Cleveland, the Clips coolly maintained a lead on the Lakers down the stretch to remain unbeaten in the city rivalry since July 2020. The Clippers still haven't lost to the Lakers under coach Tyronn Lue, who took over in October 2020.

Anthony Davis had 21 points and nine rebounds for the Lakers, who dropped to 2-9 with their fourth consecutive defeat. Russell Westbrook added 14 points and nine assists, but the Lakers have the NBA's second-worst record so far under new coach Darvin Ham.

John Wall scored 10 points in his return to the Clippers’ bench after sitting out the second game of a back-to-back Monday night. Wall is being cautious with his knee and his comeback after sitting out two of the past three seasons.

Leonard missed his 10th game already this season, including nine straight in his slow return from the knee injury that kept him out for the entire 2021-22 season.

George scored 15 while the Clippers streaked to a 17-point lead during a 38-point first quarter, but James and Westbrook led an 18-2 run in the second to erase nearly all of the deficit. The Clippers reclaimed control with a 16-4 spurt to close the third quarter.

Lakers: Lonnie Walker missed his second straight game with a non-COVID-19 illness. He started the Lakers' first nine games, averaging 15.3 points. ... Patrick Beverley returned from a two-game absence due to an illness and scored seven points. Beverley spent four seasons with the Clippers before they traded him to Minnesota in August 2021.

Clippers: Luke Kennard moved back into the starting lineup in place of Terance Mann and scored 13 points. ... Chargers stars Keenan Allen, Derwin James and Mike Williams all watched from courtside. ... The Clippers blocked seven shots in the third quarter.

Lakers: Host the Kings on Friday.

Clippers: Host the Nets on Saturday.