But it was a flop for their new supporting cast, including L.A. native and former league MVP Russell Westbrook.

Curry, a two-time MVP, had 21 points, 10 rebounds and 10 assists for the Warriors, who rallied from 10 points down to stun the Lakers 121-114 in a season opener on Tuesday night (Wednesday, Manila time).

The Lakers went cold in the fourth quarter, and surrendered the lead halfway through the period.

“Those two guys were spectacular," coach Frank Vogel said. “We're going to be pretty good if we get those type of performances. We just have to be better defensively. This is a team that is all new to each other, so everybody's finding their way a little bit.”

Wesbrook shot just 4 for 13 for eight points in his Lakers debut. 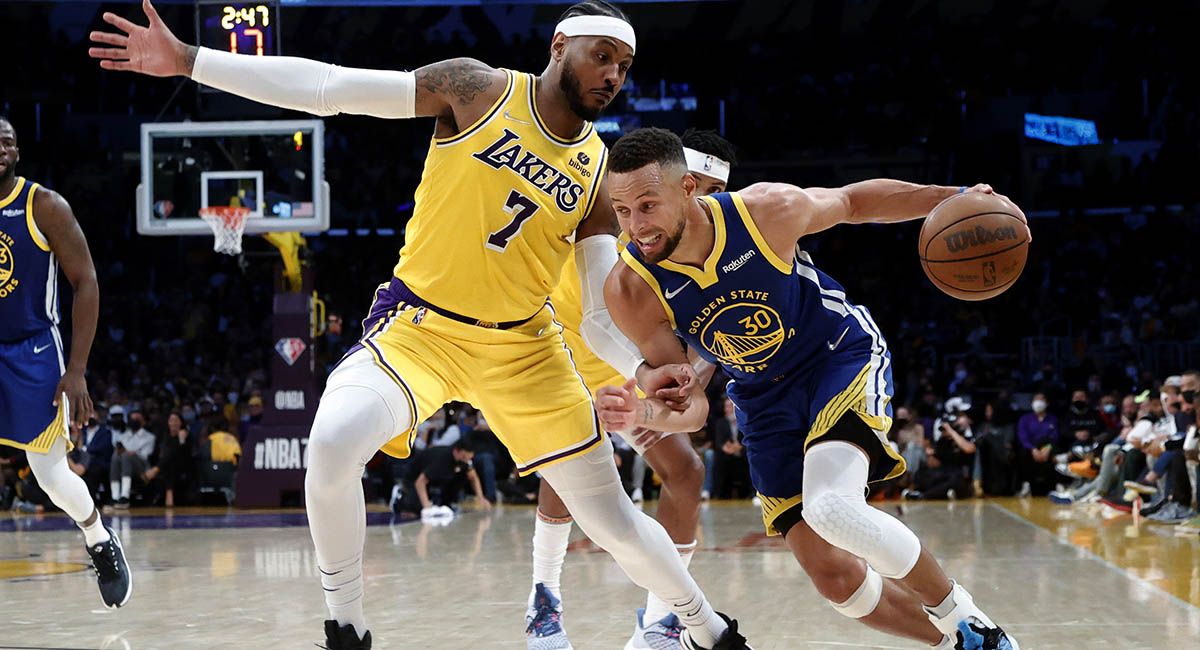 “I told Russ to go home and watch a comedy,” James said. “Put a smile on his face. Don’t be so hard on himself.”

“We didn't finish quarters well the whole night," Vogel said. “We gave up a 38-point fourth quarter. If you do that you're going to lose most nights. Our defense is just not on a string yet. I thought we did a good job being up on Steph, but the back side was much better in the first half than the second half.”

Curry made three free throws in the closing seconds of the third quarter after he was fouled taking a 3-pointer, and Jordan Poole and Damion Lee hit 3-pointers early in the fourth.

Poole’s layup with 9:17 left put the Warriors ahead for good at 91-90, and he finished with 20 points. The Warriors expanded the lead to 98-90 before the Lakers twice closed within two points.

“We kept our composure and didn't turn the ball over in the second half, which was a huge benefit to just maintaining the pace and giving ourselves some looks,” Curry said. “But the fact that everybody who was on the floor contributed in a meaningful way kind of speaks to our depth and how we want to play going forward. We're excited about that and it's good to be 1-0.”

Davis and James dominated for much of the game while welcoming a slew of new teammates, including Westbrook, Carmelo Anthony, Rajon Rondo, Dwight Howard and DeAndre Jordan.

The Lakers, who won the NBA title in the bubble in October 2020, retooled after losing to the Phoenix Suns in the first round of last season’s playoffs. They retained just three players — James, Davis and Talen Horton-Tucker, who’s out with a thumb injury.